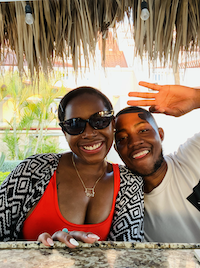 Teon and Tre met in August 2011 at the illustrious Morgan State University. Teon and Tre are North Carolina natives and Political Science majors; they had no issues forming a genuine friendship. They started dating their sophomore year, and now, almost a decade later, their love for one another is as strong as ever.

“Tre is notable for his loyalty to his family and friends,” Teon said. “Tre loves those in his circle endlessly. He is always willing to lend a helping head, a listening ear, or quality time. If Tre has it and you need it, it’s yours. Tre never mentions what he does for other people, either. He never gives expecting anything in return. He is a phenomenal husband, son, brother and friend.”

He is constantly taking care of others, and he does it for no reason more than the simple fact that he has so much love for those in his circle.

His love for others does not just include people, either, as he is the most amazing dog dad Teon has ever met. They have a 6-year-old Pit Bull who dons the nickname Pabs, and there is nothing Tre would not do for him.

“Tre loves Pablo like he was an actual human,” Teon said. “One day Tre mentioned he would be homeless before he ever gave Pablo away. Tre and Pablo wrestle together or cuddle and nap for hours. Tre always takes Pablo on long walks through the park. Any crumb Tre has, trust me, Pablo will get a piece.”

Tre is also the founder and CEO of GreenPage, a platform created to revolutionize discovering Black-owned businesses. GreenPage will be a modern app allowing patrons to travel around the country and experience Black excellence. And when he is not running his revolutionary company, he can be found spending time with family, friends and everyone in between, because he is a man who just enjoys other people’s company

“I admire Tre’s core,” Teon said. “He is a good person. I love his heart. He cares deeply about those he loves. Tre values and respects family and marriage. I always feel supported and protected by Tre. I know he would go to the end of the earth for me. Tre is my best friend. He taught me to love as well as consistency. He has provided a strong foundation for our relationship.”

Tre will also be the first to admit that he is nowhere near perfect and does not have this marriage thing down pat, but you can guarantee he is trying his best every day, and Teon loves and appreciates him for this. She is so grateful for him and she could not imagine what she would do without Tre, and thankfully she does not have to.

“Tre, you are my best friend,” Teon said. “I cannot imagine living without you. Life with you is an adventure. You still make me laugh like a ‘little school girl.’ Thank you for being the beautiful Black King that you are. You are fearfully and wonderfully made. One of God’s favorites. I can’t wait to see all God has in store for you. I am proud to be your wife.” 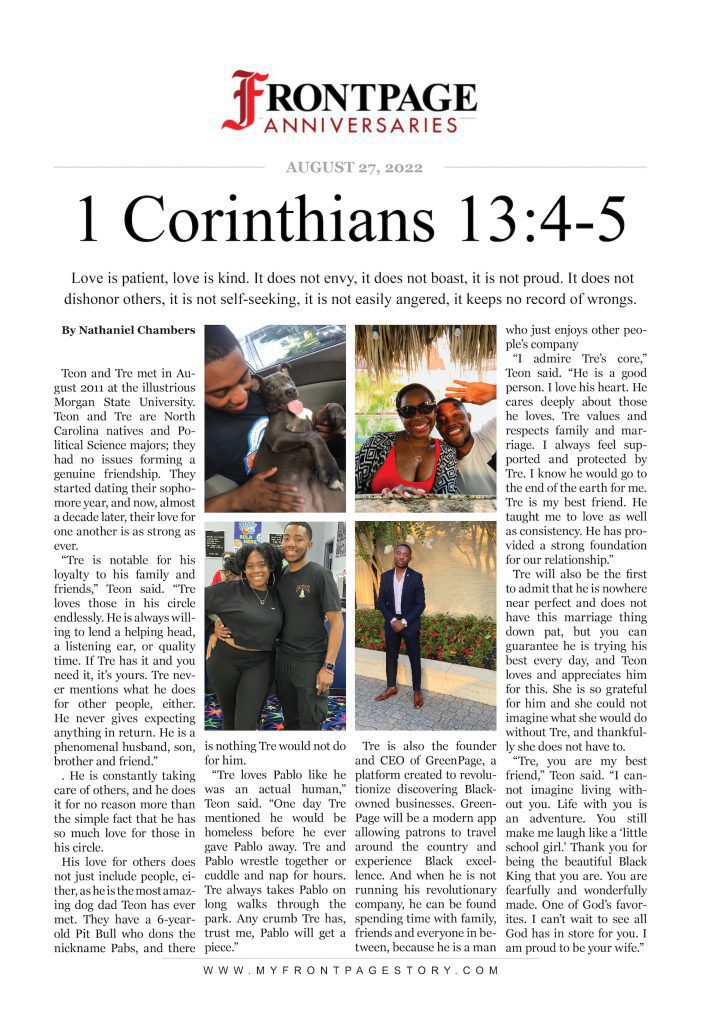