A force for good: Meade Lane brings passion and love to those around her as a wife, mother and coach 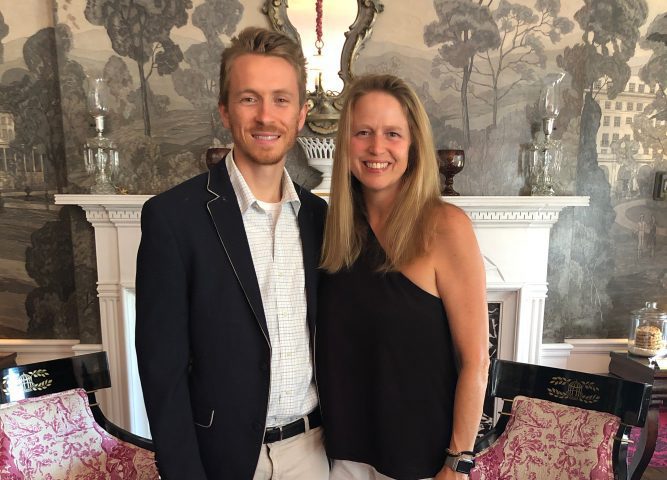 She cares too much about everything she does to settle for less than being the most amazing wife, mother and coach she can possibly be. She carries that same level of energy into just about everything else too, from health and fitness to cooking, politics and even episodes of “Real Housewives.”

It’s one of the things her husband Edward loves most about her, especially since their twin sons William and James now benefit from that level of attention. She doesn’t flinch at the hard work that goes into parenting and makes every sacrifice to do it well.

“She’s very passionate, and she certainly has not only evolved into a good wife since we got married, but she is now a wonderful mom to our twin boys,” Edward said. “She has really shown an ability to guide them. She’s constantly trying to put the kids to bed, soothe and nurture them in the middle of the night, love on them and help them develop.

“It’s just remarkable that even though she might be tired sometimes, she’s always able to find that energy, love and compassion for our twins.”

Meade’s love and compassion is also unparalleled in the eyes of her daughter Sallie, who can’t help but be inspired by the example of her mother set. Meade has been a constant in Sallie’s life and exactly the type of mother she aspires to be. The willingness to sacrifice is simply in Meade’s DNA.

“I really don’t think I can put into words my appreciation for her sacrifices for not only myself, my family, my sports teams, but now for my little brothers,” Sallie said. “It takes such a strong and selfless person to do the things she has done for her family. It’s so inspiring. I hope I can be at least half the mom and friend she’s been to me.

“My mom deserves the world and more because of all her sacrifices. From driving me to and from countless, hours-away field hockey practices to being an amazing single mom at a young age to now being a parent all over again times two! Wow. She’s an amazing person.”

The twins just turned 1, which marks a full year of Meade’s hard work in this chapter of her life. She graciously put her career as a field hockey coach on hold to invest in William and James’ development while doing everything in her power to help Edward stay focused on his.

Gratitude might be the first word that comes to Edward’s mind about Meade’s role in their family and marriage, the fifth anniversary of which they just celebrated on June 20. Meade is a rock for the family and an open and honest partner who brings passion into her marriage, too.

“It’s been amazing,” Edward said. “Meade is a rock and foundation. She speaks up for what she believes in. She is so open in communicating, which enables us to constantly stay on top of our marriage and try to work toward making our relationship as good as possible. She’s been stable and strong in expressing herself. I can’t imagine somebody else having the patience and love to do that.”

As a coach, Meade has an unbelievable way of transferring that strength and sense of purpose to her pupils. She rises to challenges and brings them all along for the ride, pushing at every step for them to be the best players they can be.

Meade has touched lives that way and invested fully into her players on and off the field. She has the ability to challenge them and push them to be better people, students, daughters and friends.

“Meade was my daughter’s saving grace as a coach,” Jennifer Curtis said. “The standard she set on the field and the expectations of her girls are skills they carry with them today leading successful lives as women. Strong, confident women. No excuses type of women. Get shit done type of women. She saw potential and helped her girls see it in themselves.

“At the end of the day, they wanted to win for themselves, not just for her as the coach. The mark of a good coach in my opinion, is to make them better than you. She did that hands down.”

Meade had a catchphrase as a coach that set a powerful tone. She also “owned” the field and commanded respect, which stood out to Bennette Zentmeyer’s daughter’s team to a state title when she was a freshman.

“She was one of the best coaches I have ever known,” Bennette said. “My daughter started playing for her in 8th grade and in 9th grade they won State. She never gave up on any of those girls. That field hockey field was hers and only hers. And I knew her as a friend also not just a coach. So, it’s hard for me to go out there these days and I can honestly hear her yelling ‘QUICKLY,’ her famous words.”

And to think, Meade happily and willingly put those coaching gifts on hold for something even bigger, which spoke volumes for her character and priorities. She will return to the field one day, and will do it having played an invaluable role to her family.

Like every other sacrifice she has made, Meade did without so much as a second thought. It’s one of the many reasons her family and friends want to celebrate knowing and being loved by her. She is a force for good who lifts others up around her.

“I love you,” Edward said. “I couldn’t be where I am and continue to grow without you. I’m excited for what lies ahead and how we can grow together and individually and now as a family. I’m grateful and blessed to be with you.”

“My mom, Moo, is more than a mom to me in the conventional terms,” Sallie added. “She is my best friend, my confidant, my advisor, my sounding board, my diffuser, my everything. I wouldn’t be the person I am today without all the things my mom has done and sacrificed, and continues and will continue to do and sacrifice for me. I’m so lucky to have her as my mom. There aren’t enough ‘thank yous’ or ‘I owe yous’ or days to celebrate her, her accomplishments and her sacrifices. It’s impossible. It’s impossible to repay someone who gave you everything.

“The best I can do or say is just to be the person she taught me to be. To live by the standards she sets for herself, to emulate her.” 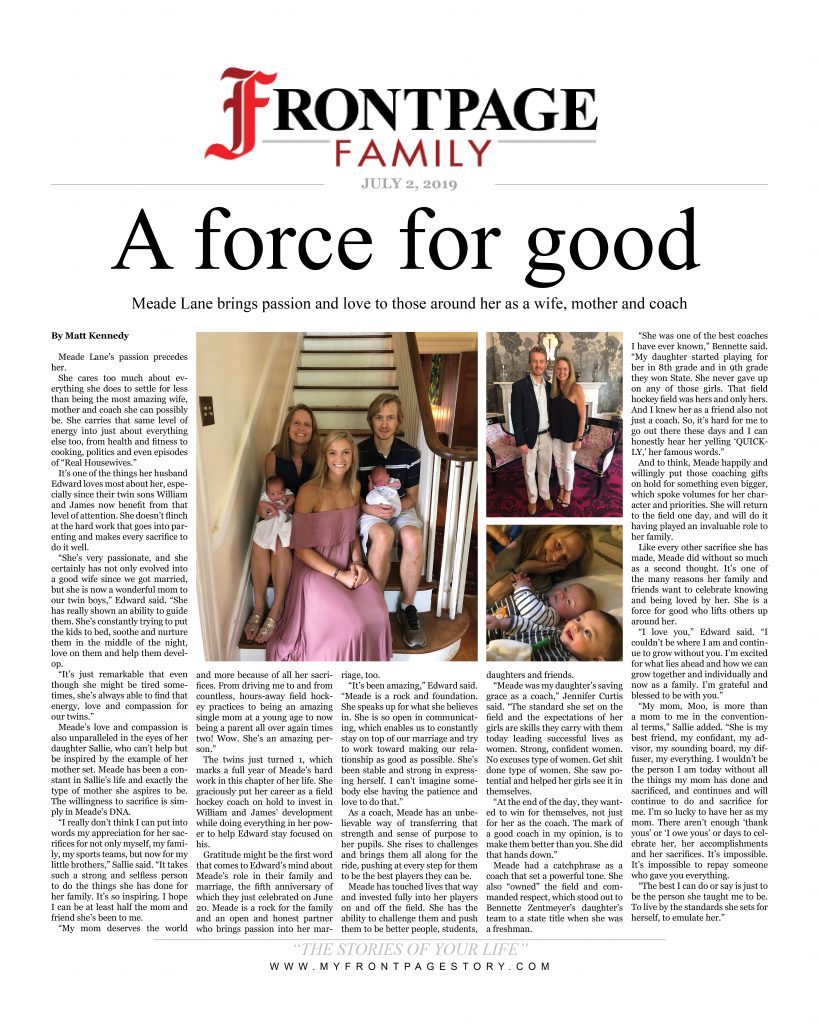