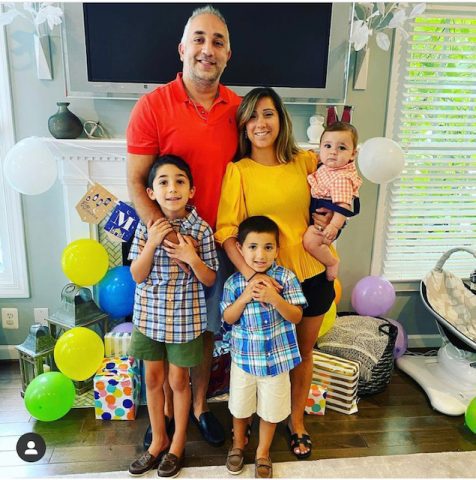 Arman and Alia Moazzez spent two weeks chatting on GMail, so they had gotten to know each other well enough to make their first date comfortable and fun.

That was doubly true for Alia, who knew plenty about Arman going into it. She was a few years behind him in high school and had seen him in the halls and at pep rallies as a basketball player and football team captain.

The word from her is that she had a feeling in her high school days that they might end up together. It just took a few years, a Facebook introduction, and a double date with friends to prove her right. To say Alia was convinced this was all going to happen would be an understatement.

“It’s funny because I guess she had some kind of crush on me in high school and she used my last name as her password, which I didn’t know,” Arman said. “She always thought we’d end up together. We had a mutual friend who basically got us to hang out and the rest is history.”

The chats continued, often at the expense of their productivity at work, and the long-awaited love bloomed and Arman and Alia dated for two years before they were married on Sept. 10, 2011. They have three children in Zayn (6), Keyan (4) and Rayan (1) who are now the light of their lives.

Alia works in IT now, so she has probably moved on to more complicated passwords by now. She’s also pulling triple duty right now with her career, taking care of their kids, and handling all the rigors of virtual school at home. Arman doesn’t know how she does it, but Alia finds a way to handle all three parts of her job at a high level.

“She’s a very caring person,” he said. “She is obviously such a great mom and wife, and with the whole pandemic, she has become a teacher as well. She’s doing such a great job. She always goes way above and beyond for her family.”

And yet, like all the best mothers and wives do, Alia wonders often how much more she should be doing. The simple answer in Arman’s eyes? Not too much. His wife puts all of them first and does an incredible job taking care of the kids.

The only area she might be able to improve is in taking more time for herself.

“She always thinks of them first,” Arman said. “She has lots of sleepless night because she’s thinking of how she can become a better mom for her kids. Same thing as a wife, but she takes care of everything in the household and basically doesn’t have time to herself. It’s all about her family.”

When Arman and Alia do have a little time these days, they slow things down, drink some wine and watch shows and movies. It’s a little slice of calm during uncertain times, but Arman is just happy they can navigate these challenges together. They’re complementary pieces, he says, and bring out the best in each other.

Without question, though, Alia is a driving force in their marriage and their family. Life gets crazy and maybe the feelings aren’t always put into words, but Arman and the kids all realize it and are grateful for Alia and everything she does for them.

“Without her, there would be no us,” Arman said. “I think I don’t say it enough how much she means to me and our family. I couldn’t imagine going through life without her. She does so many things that you can’t see, but you can feel. We love her so much, and she means so much to us.” 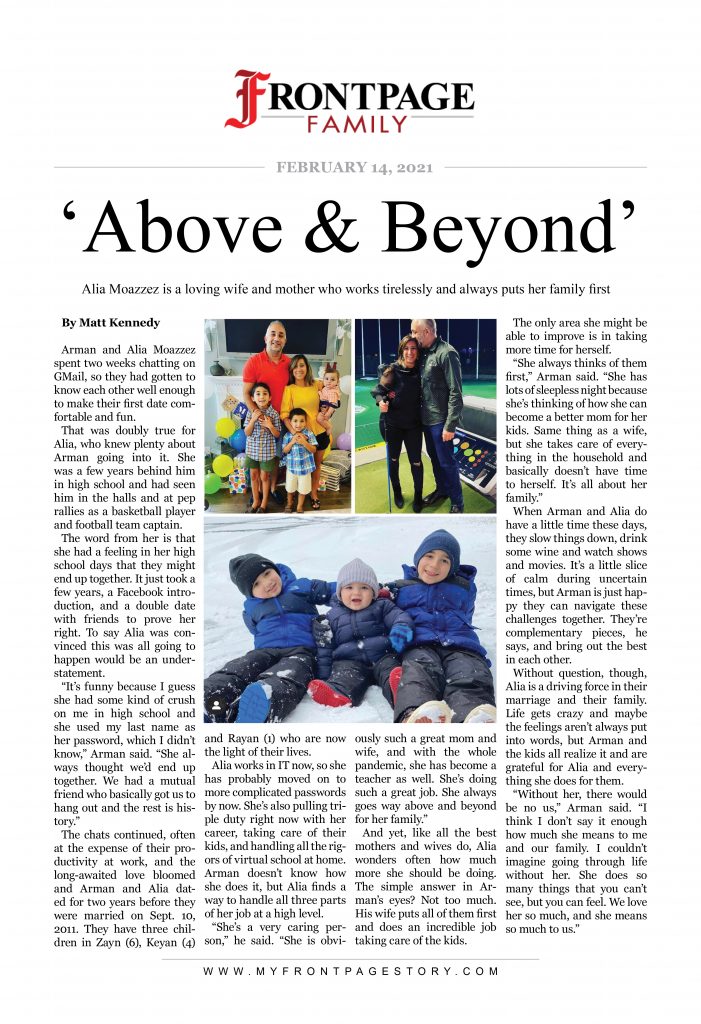