‘Always Supportive’: Deanna Morgan has hilarious quirks, but is also competitive, driven and dedicated to her family 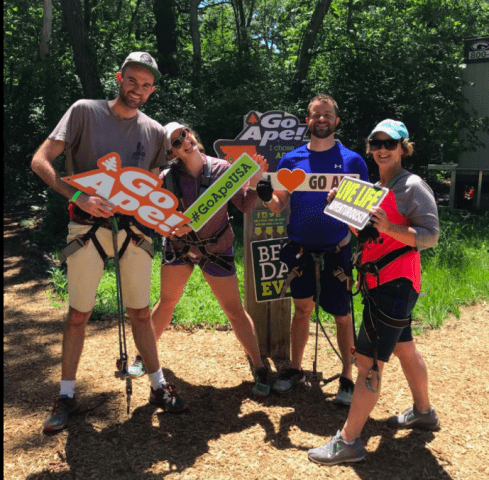 Try as she might through motherhood and even grandmotherhood, Deanna Morgan hasn’t truly been able to shake her spot in her parents’ birth order. She is sensitive, warm and welcoming on one hand, and she has a sense of humor that frequently has her howling at her own jokes.

Deanna also has a legendary competitive drive where even the friendliest of badminton or card games must be won. And in situations where she has a natural advantage, even over her kids Zach and Jessica, she is unafraid to use it.

“We would play this game where we would try to predict what time the car would pull in the driveway,” Jessica said. “If she’s driving, she’ll stop in the middle of the road to slow us down to get there precisely when she said we would get there.”

Deanna is honest with herself and her kids about the little quirks in her personality, which are often the subjects of playful ribbing at family events. But even if they laugh, her kids know exactly how much their mother cares. About her family. About them. About everything, sometimes to a fault.

Deanna’s competitive drive is the manifestation of her wanting the best for her family and insisting on having it. Zach and Jessica saw in their mom a perfect example of following through with goals and doing whatever it took to reach them. They learned to pursue their own goals with the same energy.

“She’s probably the most selfless person I know,” Zach said. “She always puts others before herself. Obviously, she loves her kids, but she puts other people first even outside the family. She was always supportive of our decisions no matter what and told us to stick with something no matter how hard it was.”

Deanna spent two summers where she worked full-time, took care of the kids, AND studied for her masters. She got to the finish line for her second degree and then spent three decades as an educator who, in turn, wanted the absolute best for the hundreds of students who crossed her path.

Deanna has retired from teaching math having survived perhaps the hardest moment of her career: teaching her own daughter.

“We just had to get through and get out alive,” Jessica said.

Retirement has looked a little different for Deanna because it includes a massive commitment — Deanna doesn’t seem to know any other kind — to a new hobby: beekeeping.

“That’s another thing that is so admirable about her,” Jessica said. “She took up this whole new interest, and it’s so time-consuming. There’s a lot of nuance to it. She’s really, really come into her own with it, but she would be first to admit she has failed a lot. She loves her bees. She calls them her girls.”

Deanna never waved the white flag learning a complicated, sometimes-dangerous hobby, just as she never called it quits on getting her masters degree, raising her children, or dedicating her life to making a difference in her students’ lives.

Those are great, big lessons that she happens to supplement with countless hilarious memories, like confusing Orlando for Tampa or singing “Just like the one-winged dove” instead of the “white-winged dove” to Stevie Nicks’ Edge of Seventeen.

Jessica and Zach love and appreciate their mom for the big lessons and the countless small moments of brevity that she has provided them along the way.

Deanna Morgan is serious about the stuff that matters, but she is able to laugh (loudly) at herself and confront the hard things in life in a positive way. There’s courage in that.

“I would like for her to know that I’ve always seen her be brave,” Jessica said. “I’ve learned through her that bravery looks different for different people. I’ve seen all forms of bravery from her, like knowing when to say no to something when it’s not the right fit for you. Being brave in failure is a huge thing.”

The lesson of persistence is huge for Jessica as she chases her dream as a comedian in New York City. It has been just as critical for Zach through getting his masters, launching a successful career in accounting, and now raising his 3-year-old daughter Alex.

Deanna is the first person to step up when Zach needs a hand, which is unsurprising given how integral she has always been to molding Zach into the person he is today.

“I couldn’t imagine having any other mother in the world,” he said. 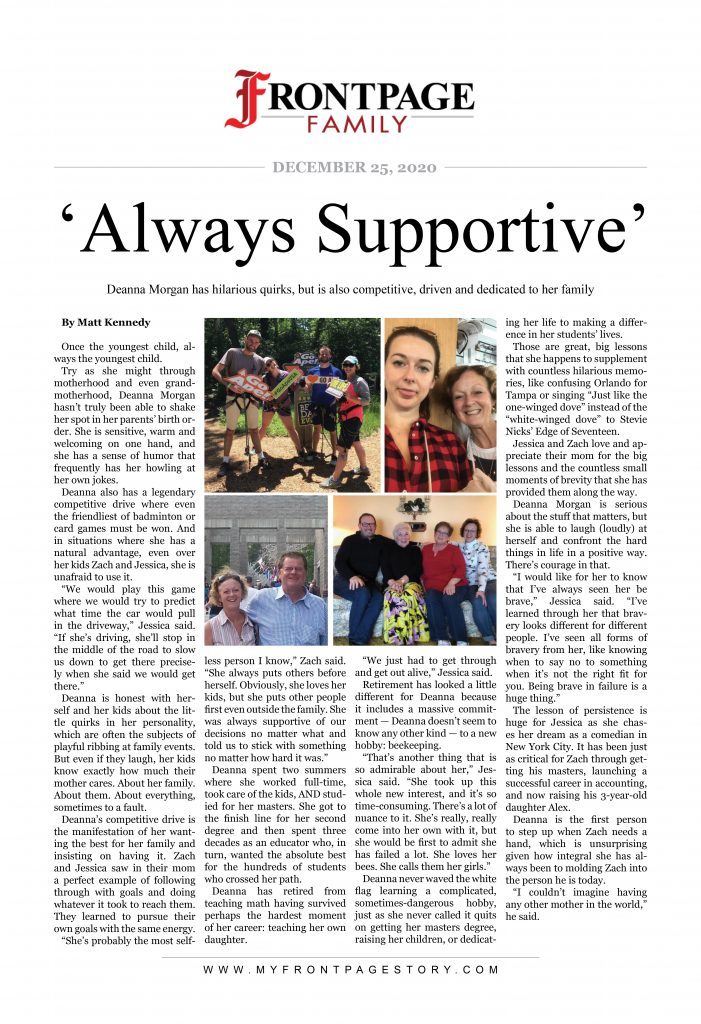