‘Always thinking of others’: Mitzi Flint brings joy and generosity wherever she goes 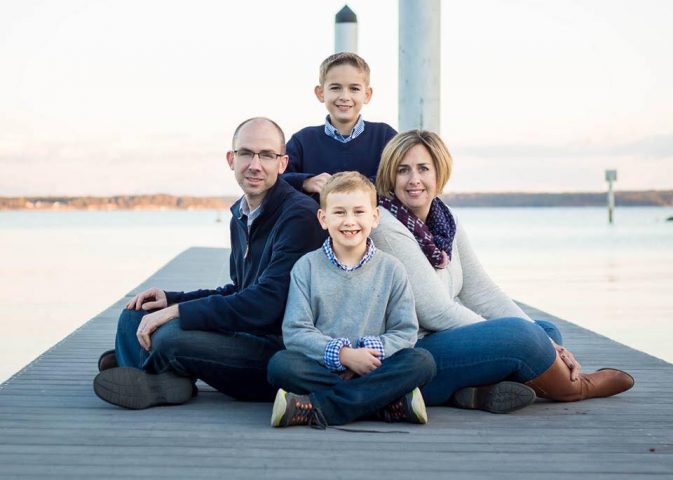 Ross Flint popped the question, and the hippies rejoiced.

Mitzi thought the couple might be crossing the Delaware River to see a Rusted Root concert with the rest of the passengers on the ferry. But when Ross managed to get his whole marriage proposal out, Mitzi excitedly said yes and the rest became history.

Ross knew full well what he was about to do that day, but he called an audible at the line of scrimmage. They had a nice day in Philadelphia, and he thought he might propose to her on a horse-drawn carriage. But as they sat by the river, he thought differently and ended up with an unforgettable story.

What better way to celebrate an engagement than with intoxicated strangers?

“We’re crossing the river and everyone is kind of loaded,” Ross said. “We’re there with all these people around. I get down on one knee, and everyone started noticing. She said ‘Yes.’ It was a great moment, then as we get off the boat, all these hippies congratulated us.

“It was spur of the moment and unexpected. It’s funny how it turned out. We had a great day together, and I turned to her and said, ‘Know what would be even better?’ She said, ‘Tickets to the concert?’ I was like, ‘No’ and got down on one knee to ask her to marry me.”

A beautiful wedding followed, then two sons Ryan (14) and Jackson (11), then a partnership that has only gotten better with age. 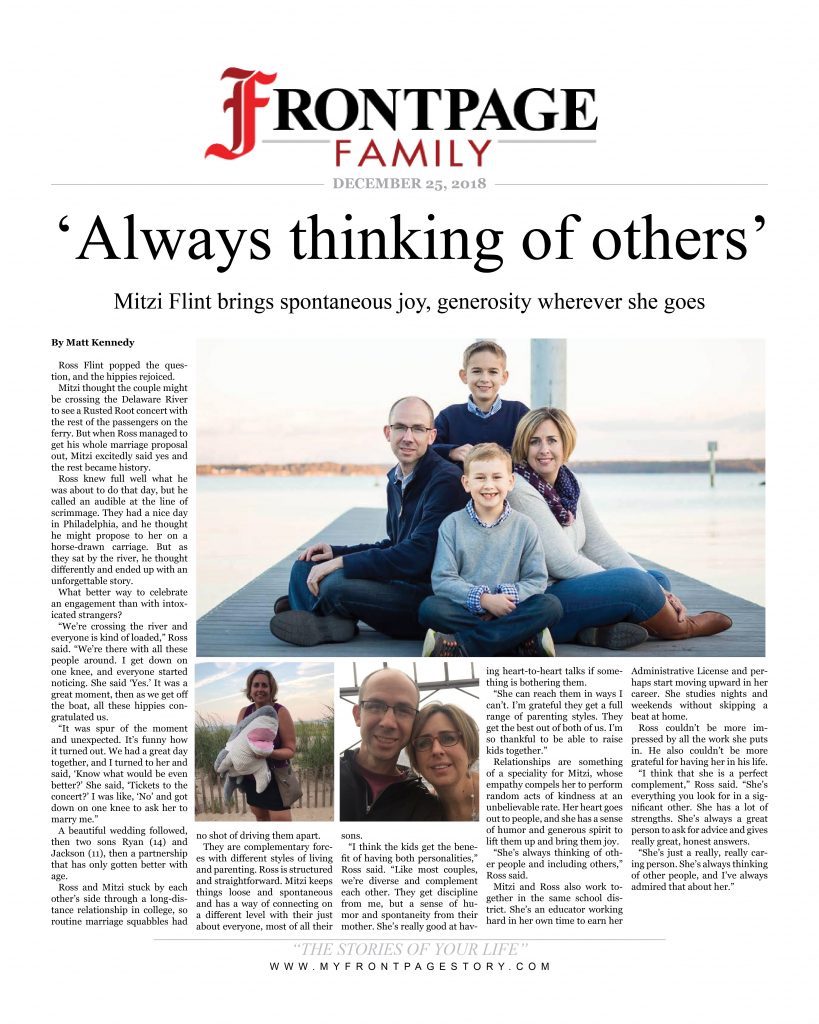 Ross and Mitzi stuck by each other’s side through a long-distance relationship in college, so routine marriage squabbles had no shot of driving them apart.

They are complementary forces with different styles of living and parenting. Ross is structured and straightforward. Mitzi keeps things loose and spontaneous and has a way of connecting on a different level with their just about everyone, most of all their sons.

“I think the kids get the benefit of having both personalities,” Ross said. “Like most couples, we’re diverse and complement each other. They get discipline from me, but a sense of humor and spontaneity from their mother. She’s really good at having heart-to-heart talks if something is bothering them.

“She can reach them in ways I can’t. I’m grateful they get a full range of parenting styles. They get the best out of both of us. I’m so thankful to be able to raise kids together.”

Relationships are something of a speciality for Mitzi, whose empathy compels her to perform random acts of kindness at an unbelievable rate. Her heart goes out to people, and she has a sense of humor and generous spirit to lift them up and bring them joy.

“She’s always thinking of other people and including others,” Ross said.

Mitzi and Ross also work together in the same school district. She’s an educator working hard in her own time to earn her Administrative License and perhaps start moving upward in her career. She studies nights and weekends without skipping a beat at home.

“I think that she is a perfect complement,” Ross said. “She’s everything you look for in a significant other. She has a lot of strengths. She’s always a great person to ask for advice and gives really great, honest answers.

“She’s just a really, really caring person. She’s always thinking of other people, and I’ve always admired that about her.”