‘Amazing father’: Don Heidorn is an inspiration for his honesty, generosity and commitment to his family

Don Heidorn has an old expression he leans on when anyone asks him how he’s doing, and the remarkable thing is he actually believes it.

“If I were any better, I wouldn’t know what to do with myself,” he likes to say as he shares his positivity with the world.

So many words could accurately begin to describe Don and the impact he makes on his family and community, but none of them would be enough. Kind would be a starting point, but it doesn’t begin to capture how reliable and dedicated Don is to his family.

He is also positive, giving, faithful and hard-working, and always puts his family first. So yeah, Don Heidorn wouldn’t know what to do with himself if he were any better, but he is also far too humble to realize just how much better he makes the lives of those around him.

“He is eternally optimistic,” his daughter Cyndi said. “It doesn’t matter if he’s sick, he’s happy. He’s also been very giving throughout his life and very giving of his time, whether he was coaching, teaching or mentoring.

“He is very family focused, too. He is very involved in his church. He cares a lot about being a godly man. He’s just an amazing father.”

Perhaps even more amazing is that Don went out of his way to inspire and guide other kids too, as a coach and a mentor for troubled youth. He was involved with Cyndi and his son Brad’s sports teams, and he stayed involved with them even after they moved on.

What Don wanted more than anything was to give his family — and anyone else who needed it — everything he possibly could.

He is a tremendous father and husband who made an impact on his community as a business owner. Still, perhaps Don’s greatest impact was as a coach, friend and mentor to those in need.

“He is a great guy,” Brad said. “He’s an awesome dad who invested a lot of time in both of us. He is really giving. He has a big heart and would literally give you the shirt off his back. He is always looking to help somebody, not just waiting for the opportunity to come to him.”

That giving attitude was at least part of the reason Don took the biggest risk of his family’s life.

He and his wife Connie were both teachers in Ohio, and Don also worked as a painter in the summers. They made a good living for themselves and their family, but longed for more flexibility so they could be as active as possible in their kids’ lives.

That was the idea behind buying and rejuvenating Marietta Paint and Janitorial Supply, a business that was down on its luck and for sale at a price they could afford.

Savvy advisors would have told them to run as far away as fast as they could, but instead Don and Connie summoned every penny they could find and bet it all on the store.

“We just had always wanted to be a little more independent,” Connie said. “He liked coaching sports and being his own boss, and owning a business opened up more flexibility.

“We didn’t have much money at the time and we found a business that was floundering, but we were stupid and young and didn’t know not to buy it. We bought it for a reasonable price by taking out every penny we could.”

Just like that, Don and Connie bought a shot at the freedom to raise their family and live their lives the way they always wanted. But in order to do it, they had to strip away the family safety net.

“There is no option of failure, guys,” Cyndi recalled Don saying at the time.

There was no failure. And even though it might not have felt so secure at the time, Don and Connie had a chance to will the store to success. Don’s best qualities in life — his honesty, generosity, hard work and magnetic personality — all made the family paint store a resounding success that they later sold for a huge profit.

“Some of my best memories of him are at the paint store,” Brad said. “He is a really savvy businessman. People came to the paint store wanting to talk and hang out. He got a lot of contractors who wanted to have conversations and tell stories, which was part of the experience and a selling point to him.”

The same advisors who would have told Don and Connie to stay away from the business also would have cautioned Don to never overextend credit to customers who couldn’t pay. He didn’t listen to that advice either, as he planted seeds of good faith and established himself as one of Marietta’s most honest and upstanding businessmen.

All the stories paint the same picture of a man who treats his family the right away, loves his wife and looks to give far more than he receives.

“He is a wonderful husband,” Connie said. “He and I couldn’t be more opposite if we planned it. He has a quirky sense of humor, and I’m more of a rigid type personality. He is more of a people person, and I’m more introverted. It just worked. He became my best friend. I love him with all my heart. I love him more today than the day we got married.”

For his 70th birthday, Don’s kids simply want him to know how much he has meant to them and how much they have learned from him.

Deep down, they love his dad jokes, his white New Balances and the fact he is perhaps too humble to accept any of their praise.

But make no mistake, Don is worthy of all of it.

Cyndi knows she wouldn’t be half the woman she is without her dad’s guidance:

“Dad, it’s not often enough that I take a moment to express how much you mean to me. You’ve been such a positive influence in the lives of so many, including myself. You’ve been my daddy, a shoulder to cry on, a builder of confidence, a comedian — embarrassing at times, which you LOVE, a safe haven, a source of strength, a mentor and provider of unconditional love.

“I am so truly blessed, very thankful and so PROUD to call you my dad. I would not be the strong, independent woman that I am today without you in my life. I love you more than words or this article can express, but it’s a darn good start!

“Happy birthday and cheers to MANY more to come!” 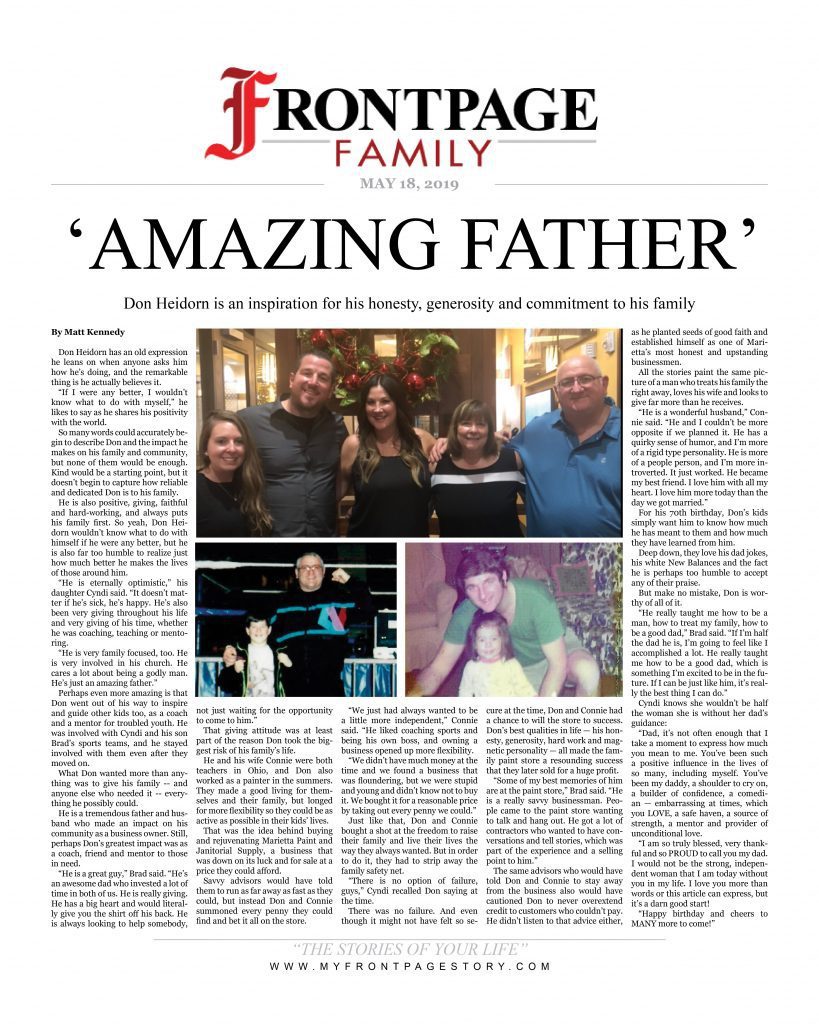 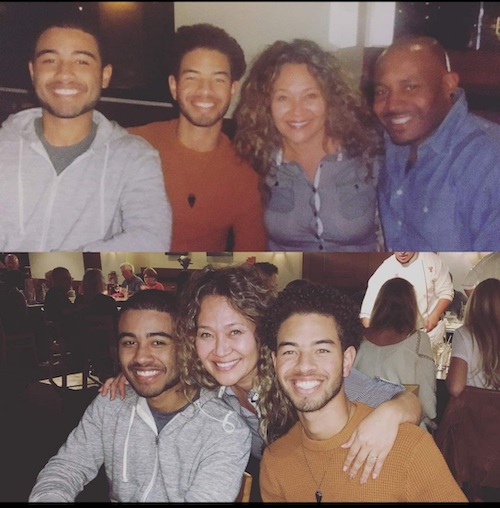