‘Amazing Woman’: David Andersen is beyond grateful for Andrea and all she does to make his life better 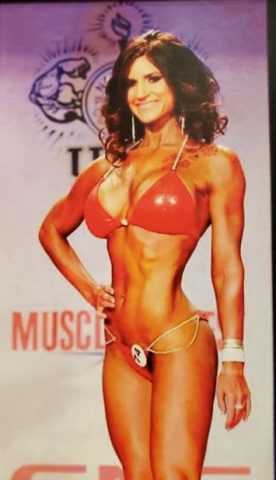 David Andersen has no doubts that Andrea is the sweetest person he has ever known, but he also loves that she is tough and always has his back. Through their 15 years together, she has done exactly that and gone above and beyond to support him.

Challenges or triumphs, Andrea is there by David’s side to inspire him and help him unlock more potential than he ever would have realized otherwise.

“She’s probably one of the strongest, sweetest, nicest women I’ve ever met,” he said. “She’s one of those people who can get along with everybody. She’s very, very caring, but also half-Italian, so don’t piss her off. She’s got that switch.”

Andrea is sweet and tough, but also well-rounded in countless other ways. She is big into fitness and dieting, and she is a fast study at just about everything she tries. Combine those with unwavering love and support, and Andrea is a perfect sounding board for David.

“She just seems to know a little bit of everything,” David said. “She’s just adaptable to any situation. She has no problem talking to strangers or saying ‘try this’ or ‘go here.’ She seems to have a little knowledge in all these different areas.”

Andrea inspires David to be a better, healthier version of himself while also handling so much on the home front that he can focus on his career and often just come home and relax. He also follows her example when it comes to making healthy choices and being more willing to step outside his comfort zone.

“She has shown me a side of things that really helped me,” David said. “But at the same time, if I want to go home, barbecue a steak and drink a few cold beers, she’s all in.”

The role Andrea plays is incredibly valuable that helps David keep a more narrow focus and continue to focus on his own self-improvement.

He knows she’s a big reason for the professional success he has had, but it’s also much more than that. Andrea’s presence in his life gives him peace of mind that, if he does work a 12 or 14-hour day, she understands and makes sure everything is in very good hands at home.

“The person I am now versus when we first met is a night and day difference,” David said. “She’s a huge reason for that. She’s been the rock behind the scenes. She gave me passion and drive to better my life, and now I’ve got something to achieve for her, not just me.”

David can’t fathom where life would have taken him without Andrea in it, nor does he ever want to think about it. Beyond a shadow of a doubt, she is the best thing that’s ever happened to him.

“I want her to know how much she is appreciated, how much I love her, and how much of a positive impact she has on me and so many others,” David said. “There’s no comparison. She’s an amazing woman. There are no words to describe how I feel about her.” 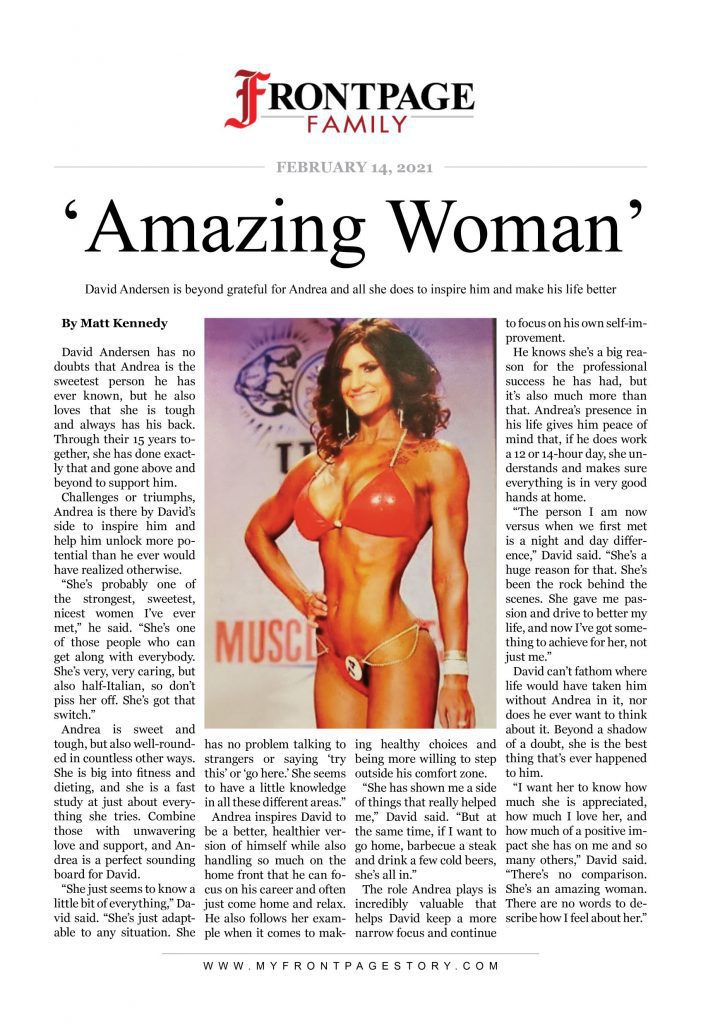