Faith & Family: Kara Heckaman is a loving mother and wife who uplifts others through her own pursuit of Christ 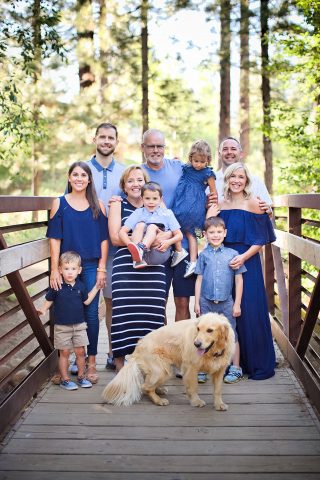 Kara Heckaman stops and wonders sometimes if she’s doing a good enough job in her new position as a project manager. She is, of course, but that doesn’t stop her from thinking of all the ways she could be even better.

Kara worked hard and studied to get her PMP certification in advance of the opportunity, and was in perfect position to do exactly what she has done: hit the ground running her very first day on the job.

There are so many elements of truth about the person Kara is, all rolled into that experience. She might have a healthy doubt or two, but when she commits, Kara works tirelessly and thrives. The same can be said as a wife to her husband Bill and as a mother to Hudson (7), Harrison (5) and Joy (3).

She shines in those specific roles, but is also the guiding light of her family and a tone-setter in their pursuit of the Lord.

“She’s very genuine,” Bill said. “She always is engaging when people meet her, and people say she’s very friendly, welcoming and very polite. She’s interested in what others have to say and just very open. That’s what makes her awesome. She’s very sweet and you can tell she cares.”

The care in those conversations comes from a place of sincere interest and actual listening to what others have to say. And to Bill’s point, Kara is the type of person to meet everyone else on their level. In fact, she is delighted to make those conversations and activities about others before herself.

“She’s patient and always wanting to spend individual time with each kiddo, which is pretty cool,” Bill said. “She’ll play what they want to play. Our 7-year-old still loves dinosaurs. Our 5-year-old loves police cars, and our 3-year-old loves jewelry, so that’s what she does with them. She is adaptable and willing to let the kids be the leaders.”

As a wife, Kara’s spiritual guidance and her commitment to prayer have been an inspiration to Bill. Like clockwork, Kara is up at 5 a.m. to do devotions and to pray for every single person she said she was going to pray for. She keeps a journal and writes a note for every prayer needed.

She makes an impressive commitment, not only to her family and the Lord but also to simply doing the right thing. She is the type of woman, mother and friend who says what she means and means what she says.

“If she is talking to someone and says, ‘Hey, I’m going to pray for you, it’s not just lip service,” Bill said. “She’s writing it out and putting it on a piece of paper so we can see it when we walk by. She leads women’s groups, and she’s been instrumental in having ladies in our neighborhood do bible studies who don’t even go to our church. That’s pretty special as well.”

Kara’s integrity is unshakable, which helps explain why she takes a moment before she agrees to make a commitment to something. That includes saying yes to a date with Bill early in their courtship, just because she wanted to make sure she was doing the right thing. She ultimately agreed, and she has spent eight years of marriage continuing to do the right thing.

Kara has been a source of inspiration to Bill, her children and many others because of that commitment. She is honest and hard-working, and she manages to elevate those around her through her faith and her convictions.

“The kids and I are proud of her for her walk with Christ daily and her leadership by example,” Bill said. “She’s really supported our family. We’re also proud of what she has done at Tire Rack. She questions herself and isn’t always sure if she’s a good manager, but what she’s doing and the inroads she’s making are testaments to how hard of a worker she is.

“Her hard work isn’t going unnoticed. She should be proud of what she’s done with her current job, her family, and the relationships she has built through church.” 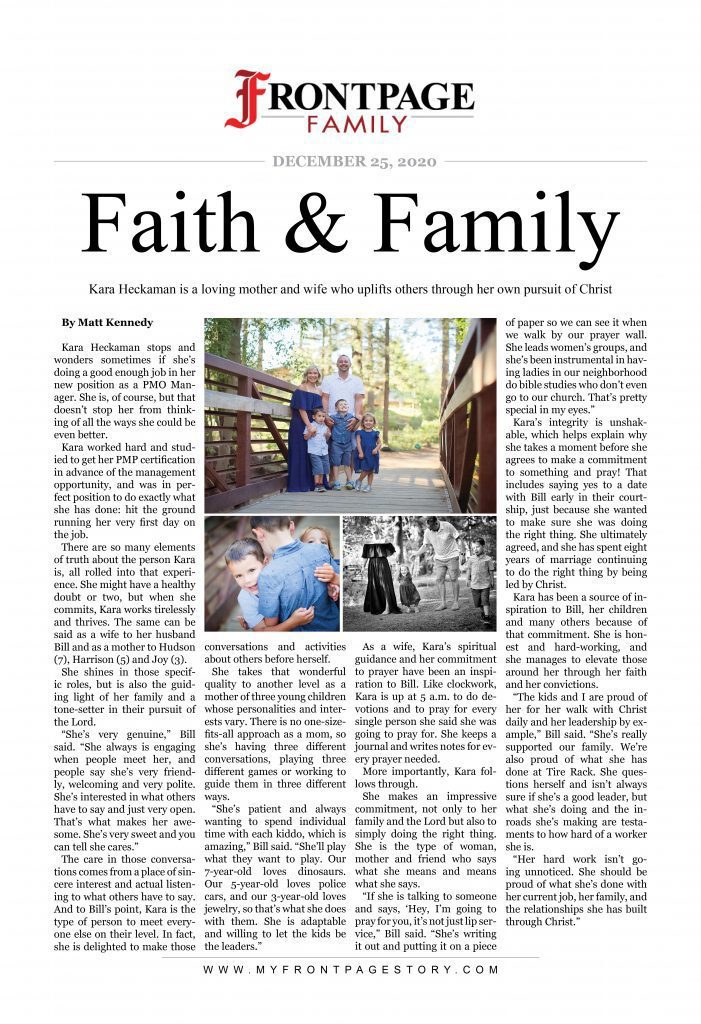