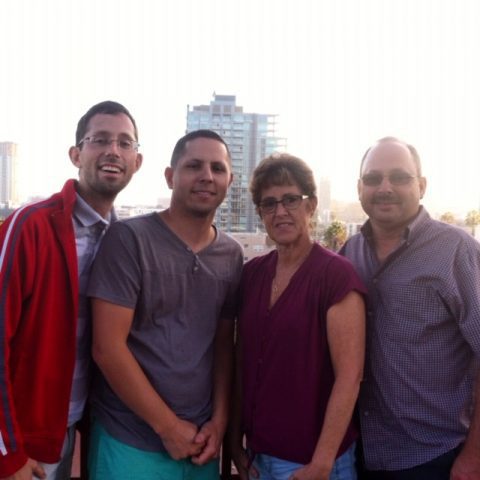 Of all the ways to describe Doreen Meisch’s long list of duties in her 20 years at Edward Jones, the term “gatekeeper” might be the most fitting. Doreen has long been the heartbeat of the operation and the soul behind one of Edward Jones’ most successful offices.

She was the engine that made the operation go, as she bounced from accountant to attorney to even a therapist depending on how she could best serve clients on a given day. But while those labels — and there were many others — can describe what Doreen did, they still come up well short in measuring her true impact.

Doreen was the listening ear and often the first voice that Jerry Hearon’s clients heard when they called the office to ask a question or share a concern. Doreen’s gifts for the job were many, but knowing what to say and how to say it during trying times was near the top of the list.

Jerry quickly learned that helping clients with their finances meant little without conveying trust and making them feel heard, and Doreen had a real talent for both.

“Everybody knows she is the heart and soul,” Jerry said. “Clients know things get done when she’s on it. The joke is, when I answer the phone, people are surprised, and I like to point out they’re disappointed. The things she does, largely, I don’t know how to do them.

“We’ve had some bitter times, and there were heart-rendering times. For our clients, just to have somebody who has a presence like Doreen to listen and share some reassurance and give our clients some love at the right time, it’s a unique characteristic. You can’t teach that. You’ve got to like people and be concerned.”

Less than 16 months into Doreen and Jerry’s partnership, America endured the tragedies of 9/11 and was gripped with heartache and despair in the months that followed.

Clients weren’t just clients when they called expressing grave concerns about their livelihoods or the uncertainty that enveloped the nation. They were all considered friends who needed comfort and perspective for their fears. Doreen rose to the occasion and projected strength that uplifted and inspired everyone around her.

“Each call was unique,” Jerry recalled. “Some wanted to express fear. Some wanted to know what we were doing with our own money. It shook everybody. In a time like that, you really need someone who is solid and grounded and able to stay poised. I remember the emotion and talking with her about it, but when she was in front of a client or on the phone, you couldn’t tell.”

Clients weren’t the only ones whose lives were made better by Doreen’s presence.

Jerry liked to think he had an idea of what his job entailed and what was important to clients, but he learned so much more by observing Doreen. He figured out with her help that their business was about guidance and advice, but that building healthy relationships was equally important.

With every call and every task, Doreen conveyed trust and compassion. She was an associate, teammate and friend who spent two decades serving clients with incredible dedication.

In that respect, Doreen has left Edward Jones a much better place than the way she found it. She can step into retirement with that in mind and turn her focus to her husband Keith, her children Jacob and Philip, and her family.

“I will cherish her as an individual and her character,” Jerry said. “She really is top-shelf. She’s honest. She’s got standards and values. I’m going to miss her, but I also feel this was a well-earned stage for her. She planned well for retirement, and she’s got things to do, places to go and people to see. I’m excited for her.”

Doreen’s retirement days will be spent doing what she loves most: traveling, camping and spending time with family. No one deserves it more.

“Doreen really cares about others,” Keith said. “Her work and the quality of it was a high priority for her. She was always there. Even times when I know she didn’t feel well, she would get to work. Dori is a loving mother and wife.

“She treats everyone with respect, but we started our life living within our means, working hard and saving our money for the future. It’s paid off with this opportunity that I’m looking forward to enjoying with her.”

“Congratulations on your retirement!” her sons Jacob and Philip added. “In wanting the best for us, you always worked so hard. From attending classes with each of us, to graduating with Philip, you have inspired us with your strong work ethic and integrity. We are extremely excited for what the future holds – traveling with Dad, camping with friends and family, and those pesky garden weeds. We are proud of you and love you!” 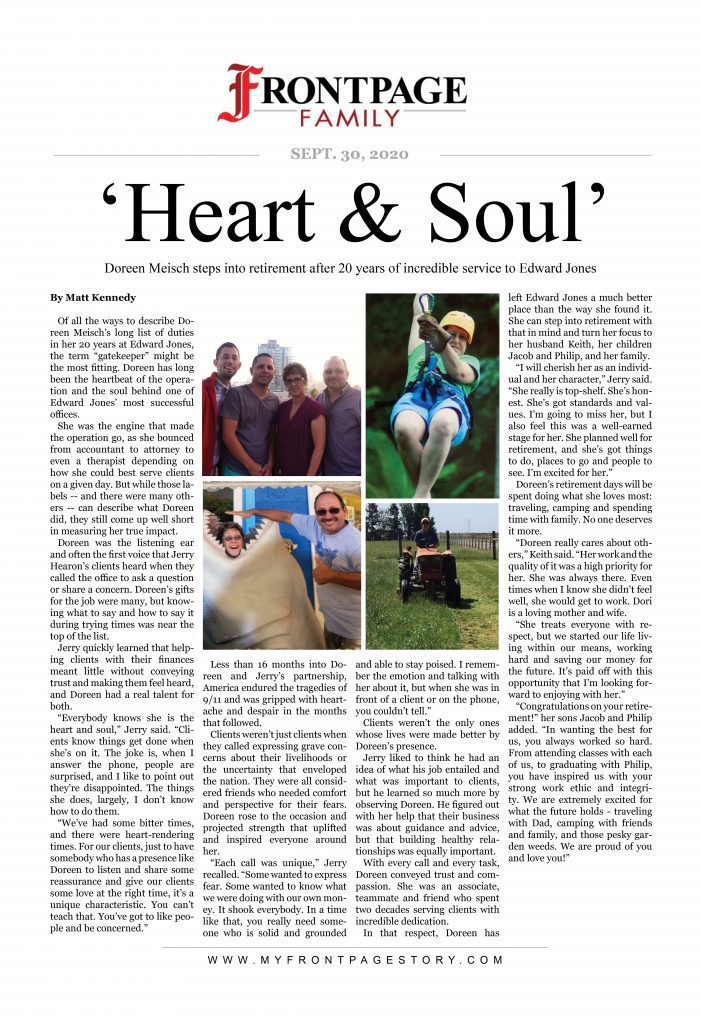