‘INSEPARABLE’: After 30 years, Jeff and Therese Lask are still love birds who hold hands wherever they go 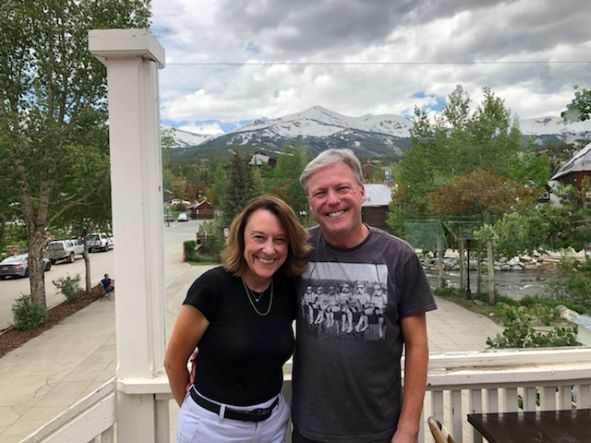 Jeff and Therese Lask hear compliments all the time from other couples who see them walking down the street holding hands. They’ve been married for 30 years and they’ve raised their son, Alec (27), together, so maybe the expectation is that they’re supposed to merely exist in each other’s presence, not bask in it the way they do.

The way Jeff sees it, there’s a certain interconnectivity that has always marked their relationship, and the hand-holding is just the outward projection of it. They are best friends who love each other and continue to agree on all of the biggest issues in their lives, which allows them to celebrate their inevitable differences.

“It’s something a lot of people notice, just how well-suited we are and how well we get along,” Jeff said. “I don’t believe in the term soulmates, but she definitely can finish my sentences for me.”

Jeff describes Therese as kind and loyal with a free spirit that complements his tendency to lean toward structure and organization. Those basic personality differences tend to come together and make them greater as a couple than the sum of their individual parts.

That’s a foundational part of their success in marriage and as parents to Alec. Jeff and Therese have both built standout careers for themselves, but they have worked together to be at all of Alec’s events and support all of his endeavors in school.

Jeff is still blown away by the fact that Therese was focused and disciplined enough to get her PhD while still working in higher education and raising Alec.

“It was amazing,” Jeff said. “She got it done in a little over two years while working full-time and being a full-time mother and wife. She did a great job of balancing all that at the same time. It was her life goal to get her doctorate and have ‘Doctor’ in her name.”

Therese has achieved great things in her field, which has included stops at the University of Northern Colorado, Ames Community College, and now at her current job doing professional development and coaching at Colorado State, where she got her undergrad and masters.

Jeff laughs as he tries to explain that Therese has accomplished so much in her career with a personality that’s locked onto the big picture more so than the finer details. He saw that early in their relationship when Therese was late for their first date because she didn’t write down the instructions to get to Jeff’s apartment.

Late or not, that first date was a sure sign of where things were going between them. They laughed all through a meal at Crissanti’s, played put-put, and loved every moment of getting to know each other. Jeff said he’ll never forget the maroon sweater and khaki shorts Therese was wearing.

“Our first date lasted about three days,” Jeff said. “We’ve been inseparable since then.”

Life has been a whirlwind of joy, love, family and holding hands since then, and Jeff has enjoyed every single minute of it.

“The Beach Boys song, ‘God Only Knows What I’d Be Without You,” is perfect for us because she has spun my life in such a different way. She’s just been the glue, the concrete, that really solidified everything for our family.” 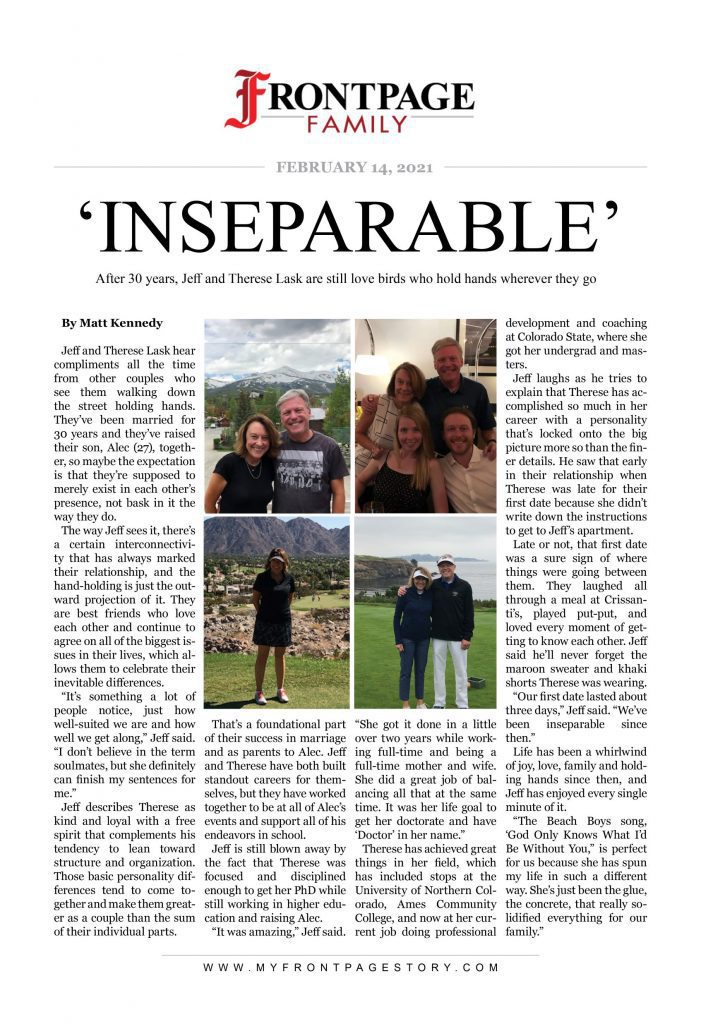