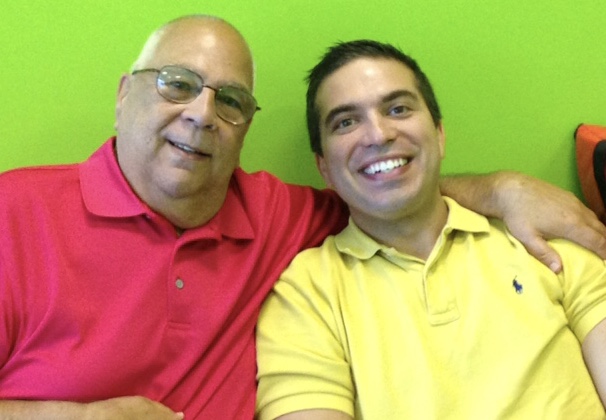 Michael Fera got slapped with the nickname “Johnny Knowledge,” so he HAS to know that his family’s ruthless chop-busting is just their way of thanking him for everything.

Every conversation has the potential to turn into a roast over his technological ineptitude or general outlook on life, but it all does come from a place of sincerity and love. It helps that his kids Mike and Kelly know the former Chicago police officer is tough enough to handle everything they throw at him.

“I ball bust him, then I go too far and he’s like, ‘You’re going to miss me when I’m gone,” his son said with a laugh. “He did a great job with me and my sister Kelly. We turned out well. We appreciate everything, and we know he did a great job.”

That’s no exaggeration, either.

Michael was born and raised in Chicago, just a stone’s throw away from the old Comiskey Park. He worked his way onto the Chicago PD and saw his share of action before the kids were born, but those moments had a way of changing his thinking.

Michael retired from the force after Kelly was born and poured everything into Michael, Kelly and his wife Maureen. That meant working around the house, coaching the kids’ teams, and even doing the unthinkable: moving to Boca Raton.

“He gave everything up for us,” Mike said. “He changed his badass mindset to all of a sudden needing to be the family guy.”

Call him the family guy or “Mr. Mom,” as one local TV station dubbed him in a series of profiles on extraordinary men who stepped up to the plate for their families. For Mike, that effort came down to all the traditional household responsibilities, but his dad also had a remarkable way of making everyone else’s problems his own.

“I couldn’t imagine how him and my mom did it, not just going to soccer games on weekends, but coaching me and 15 other little shits,” Mike said.

Patience was a virtue during that time, but the big reward for Michael was being there and experiencing those joys with his kids first-hand.And while coaching might have presented its share of challenges, Michael learned recently that it was all to train him for perhaps his biggest challenge yet: Owning his first smartphone.

Michael took crap from his kids with a smile on his face. He even stared down criminals and dealt with his share of life-or-death situations.

But when Michael is on the phone and another call comes through, the sense of panic and confusion is unlike anything he’s ever felt before.

“I’ll be on the phone with him, and this is what I’ll hear on the other end,” Mike says.

“Dammit, I’m getting another call.”

“Your mother showed me. I should know.”

“That’s how the conversation goes.”

All those funny moments come to mind now with Michael set to celebrate his 79th birthday. They kid because they care, and they love the man who has been present in their lives in every way. His birthday is a good time to put the jokes on hold and let him know how much they appreciate him.

“I appreciate him giving everything up and raising us and essentially making me who I am today,” Mike said. He helped inform my decisions and morals at least until he dropped me off in college. He likes to joke that he dropped off a nice Catholic high school boy, then I call him half hour later drunk on a dorm floor. He definitely raised me right and made sure I knew right from wrong, not to do dumb things. As much I ball break, I know it and appreciate it.” 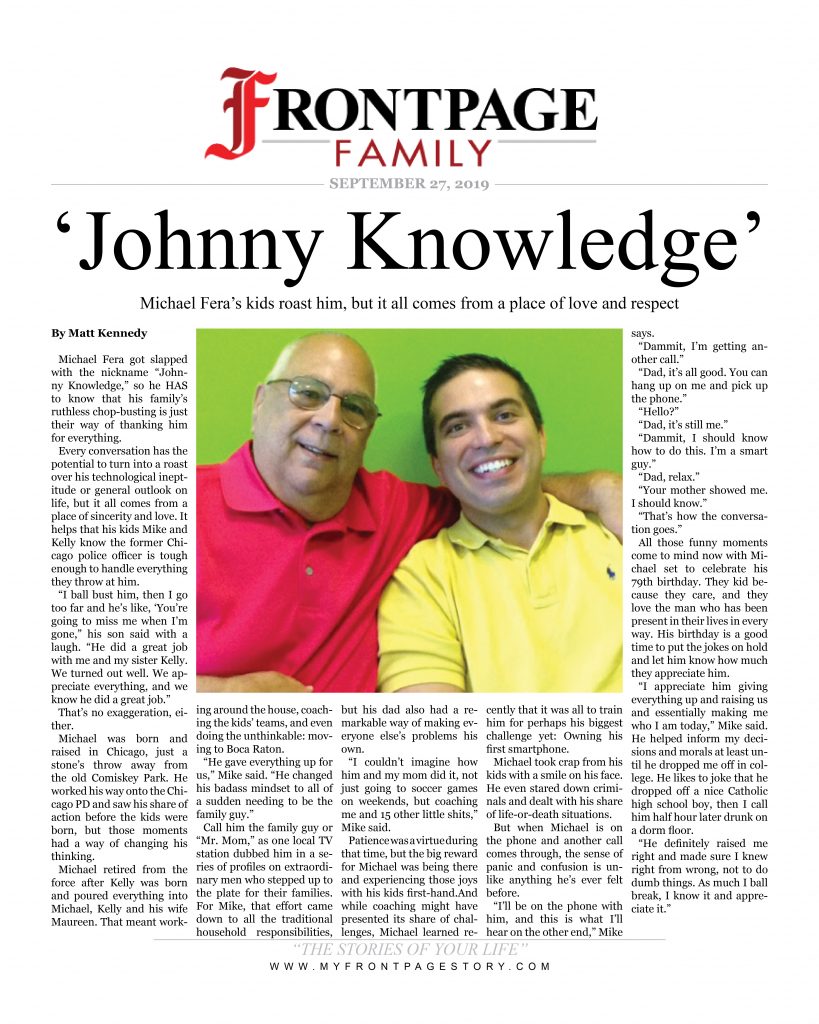 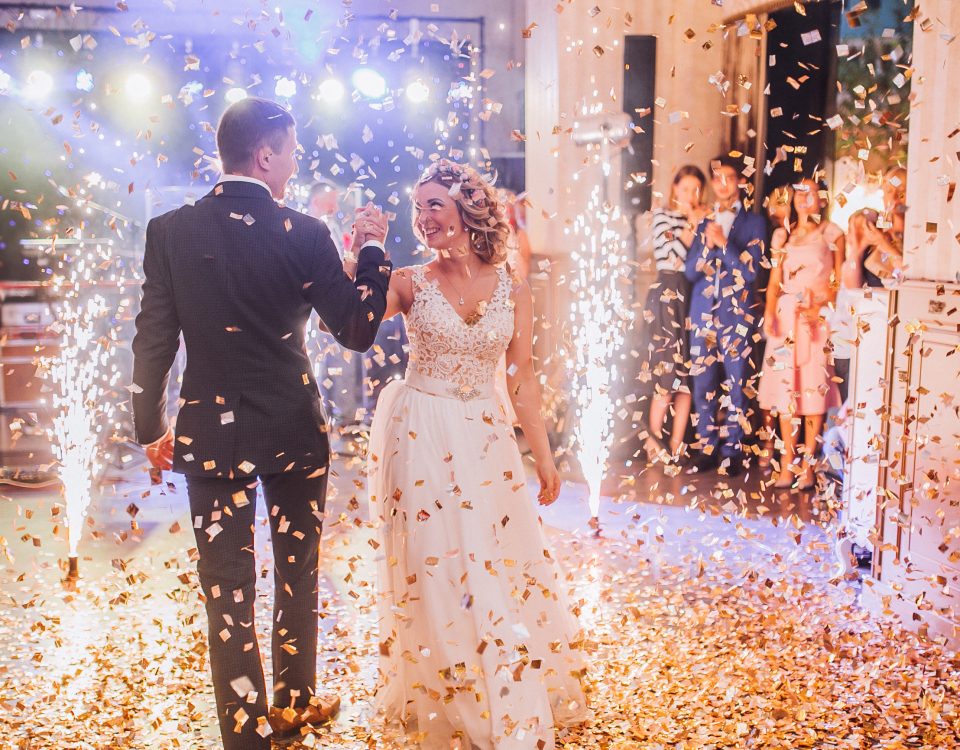 What makes MyFrontPageStory the perfect gift? 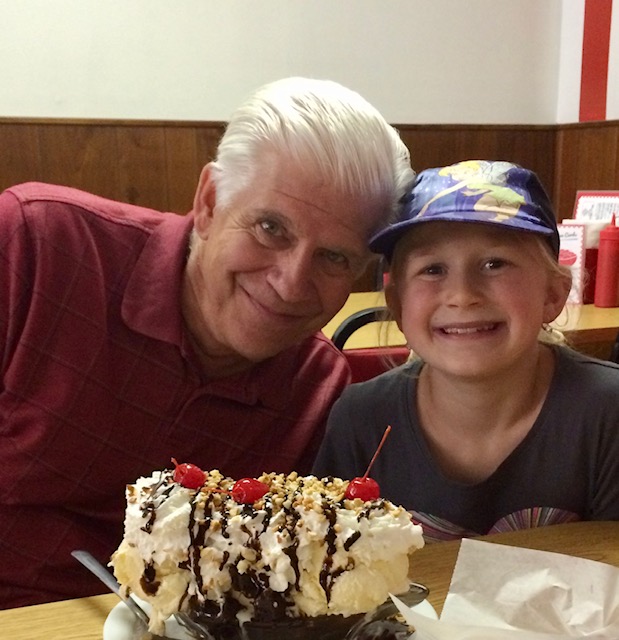