Love & Sacrifice: Jeanne Parrino dedicated her life to her family and helped her sons find their purpose in life 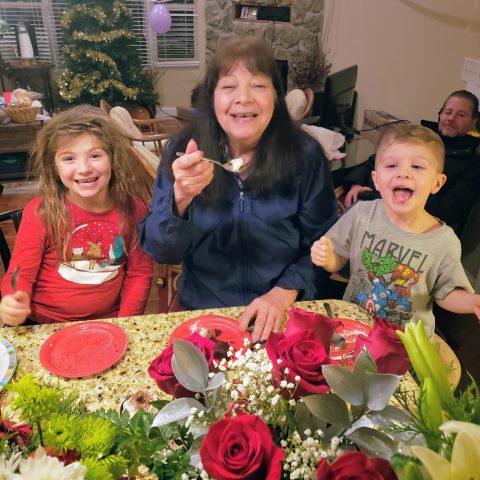 Jeanne Parrino raised four kids on her own and did absolutely everything in her power to clothe them, feed them and give them the best shot at a happy life. She had to work multiple jobs at times and endured some hard times along the way, but Jeanne gave an impossible job every ounce of effort she had.

Her sons Tony, Nick, Michael and David were an absolute blessing, and even though they tested Jeanne’s patience from time to time, she worked hard and sacrificed many things to promote a unified family.

All four of her sons look back now with the benefit of age and rightly wonder just how their mom did what she did for them. Jeanne took life one day, one step, at a time. She drew a hard line for her sons between right and wrong and oftentimes went without so that the kids could eat or get new clothes.

As adults, all four of them recognize just how much their mom sacrificed and how right she was about everything.

“She is tenacious and unwilling to give up,” Nick said. “She was dedicated to us and sacrificed her life so we could have one. She taught us all right from wrong, and we all chose wrong. It took time to loop back around, be responsible people, and serve in the church. We went through it in the beginning, but she kept maintaining. She did it all. As a parent, now it clicks.”

We want all the baby boomers of the world to be reminded of the impact they have left on current and future generations. Let us do so at MyFrontPageStory. Order yours today!

The fight isn’t over for her kids, either, and Jeanne won’t ever stop until it is. Jeanne is a loving and supportive mother and grandmother, and she is still there for her sons to help them through life, parenting or any other challenge that comes up along the way. She is also Michael’s biggest advocate as he fights the court system and tries to get out.

Jeanne has made sure that Michael won’t walk alone in that fight by working tirelessly on his behalf. Michael’s love and appreciation for everything his mom has done, both now and in the past, is clear, too. He leans on the faith she taught him to stay patient and positive as his situation plays out.

“The loveliest masterpiece of the heart of God is a mother’s love,” Michael said. “You stood beside me in the most difficult storms and have been, and always will be, my lighthouse. Psalm 25:5: ‘Lead me in thy truth and teach me; for thou art the God of my salvation; on Thee do I wait all day.’”

Jeanne has been faithful from the start, which eventually led her sons to find their faith, too. She is committed to her church and leans on the Lord when life get hard. Difficult moments have come often enough to test Jeanne’s patience and belief, but she never, ever deviates from her spiritual foundation.

“Her strength in the Lord is something that has not been wavering,” Nick said.

And really, Jeanne has been solid in her family’s life in so many other ways. As often as her sons have tested her, she has never, ever left their side, and she never will.

“I know I’ve had my ups and downs, but through it all, I relied on the love of my mother to guide me,” Tony said. “I respect her, and I’m very thankful she has stood by me.”

All of the mischief from Jeanne’s sons was perhaps a long time coming after she spent so much of her youth tormenting her younger sister, Linda. But between hiding peas in her milk, one of her favorite gags, and even after firing a roll at her in a busy restaurant, Jeanne still had Linda’s back no matter what.

She covered for Linda when she snuck out at night, and she included her in her group of friends without their parents, Miriam and Bill, having to tell her to do it. And when they once fought to the point where blood was shed, Jeanne and Linda raced to clean it all up together before their parents got home.

“When we were teenagers, we had a tendency to sneak out after our parents went to bed,” Linda said. “I can’t tell you the number of times I did that, but she covered for me. She definitely had my back. We had each other’s back.”

That experience paid off when Jeanne’s sons were old enough to try and sneak out in the middle of the night.

“I remember one time when Tony and I snuck out, she put a note on the window that said, ‘Only criminals are outside this time of night. Enjoy your evening outside,’” Nick said.

Jeanne’s humor is still the stuff of legends, and frankly, so is the life she has lived. She did the best she could as a mom, then passed all that knowledge on to her sons later in life.

Jeanne worked hard to make every holiday special no matter what was happening at the time, and she left her kids with fond memories, like their grandmother baking and playing the organ. She was a Playboy bunny at one point, then published a magazine and became an entrepreneur.

Jeanne has truly lived a unique life and she has always been the person that her sons need the most. It just took them a few years to realize it.

“I learned how to be a gentleman because of my mother. She taught me how to take care of others and have a heart for my family. I admire her strength, persistence and total focus on putting her family first. I admire her trust and faith in Christ. Because of that , I now know my identity and have learned my calling in life. I pray to become more like her and to teach my children the many lessons I learned from my mother.

“She gave her sons the childhood that any son could ask for, inspired them to become greater in life, pursue their talents and passions. One of the best gifts I have ever received was the keyboard I received from her in fourth grade. Until now, aside from my time with God, it has become my place of peace.

“I am eternally grateful for having a mother that has been God-given to help me pursue my passion. Without her, I would be like a boat without an oar, drifting in the sea. She has helped me find purpose.” 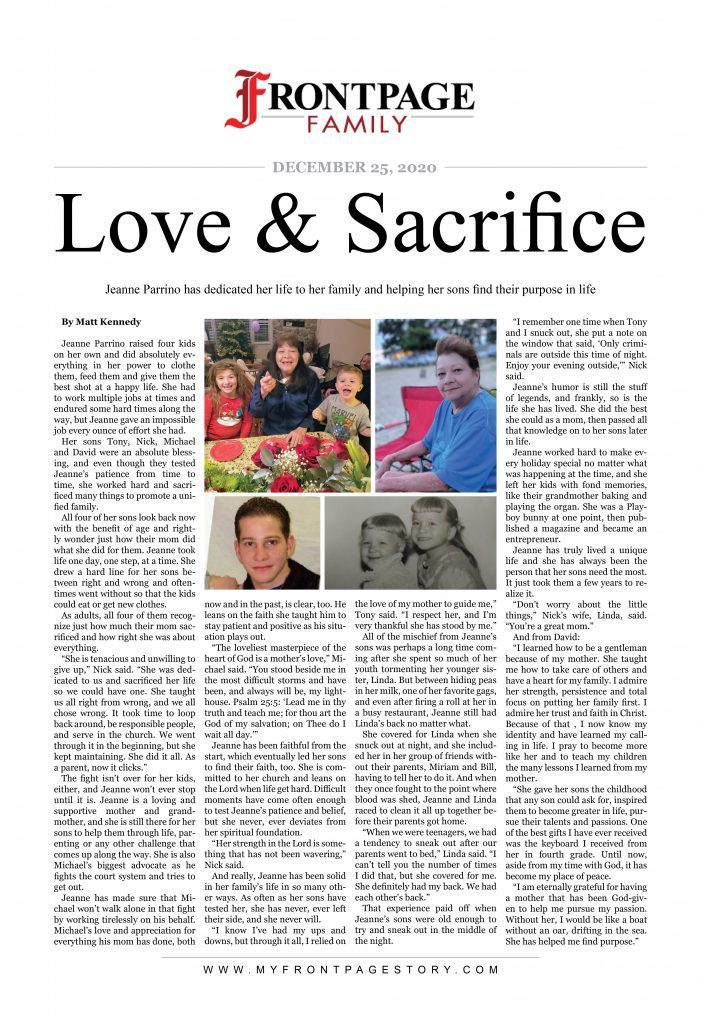