Loving Affection: This mom is as loving and nurturing as they come, and her husband is beyond grateful 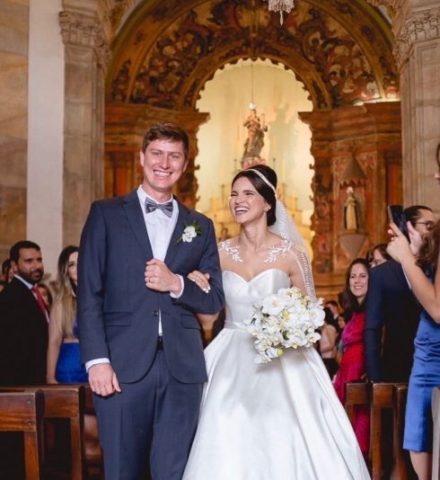 When Ilya Brotzky first laid eyes on Giselle, he did not know that moment would lead to a lifetime of happiness and love.

Ilya and Gisele first met at a bar in Brazil where he was working and she was living, but there was one problem… she had a boyfriend. Time passed and they eventually broke up, and she and Ilya started dating.

“We didn’t start going out for a year,” he said. “We had kept in touch over that year, though, and it’s a good thing we did. I knew that she was the one because she was just easy to talk to, she’s down to earth and she’s funny. Giselle also has a taste in music and is very beautiful.”

These are all great traits that make up the personality of this wonderful woman.

However, none of these traits trumps the one that probably sticks out the most to Ilya. From the moment they first started going out, Ilya noticed how close Giselle was to her family, and this was something he realized early on was such an admirable trait about her.

“She brought her brother and sister on our first date,” he said. “At first it felt a little different, but then it made me realize that she is serious in putting family first. She also took some risks like moving to São Paulo to move in with me when we were dating as well.”

When Ilya put two and two together, he knew that he was with the right woman. She showed so much love and compassion right off the bat, and she shared so many of the traits that Ilya was looking for.

Generous with her time and generous with her love, Giselle is someone who is truly one-of-a-kind. She is a wonderful role model to their son – as well as their daughter in the womb – and she shows them an affection unlike any other.

“Giselle is constantly putting Benjamin first ahead of everything,” Ilya said. “She makes sure he stays fed and healthy. She’ll tuck him in and go in later to make sure his blanket is on. She just makes sure our son has everything he needs. Giselle is also constantly keeping up with how Benjamin’s development is going.”

Giselle has a special knack for motherhood, and with a second one on the way, there is no doubt those two will be the most loved children in the whole wide world.

Giselle is also very adventurous, and any traveling she can do with her family makes her happy. She loves going on cultural excursions with Benjamin and Ilya.

She’s the CoFounder and Chief Strategy Officer at VanHack and is on her maternity leave working hard as a full time mom every day, and she is also an aspiring fashion designer. Anything she puts her mind to, she will find success, and she will have her husband’s support along the way.

“I want her to know that I love her and appreciate her, and she means the world to me. She’s incredible.” – Ilya 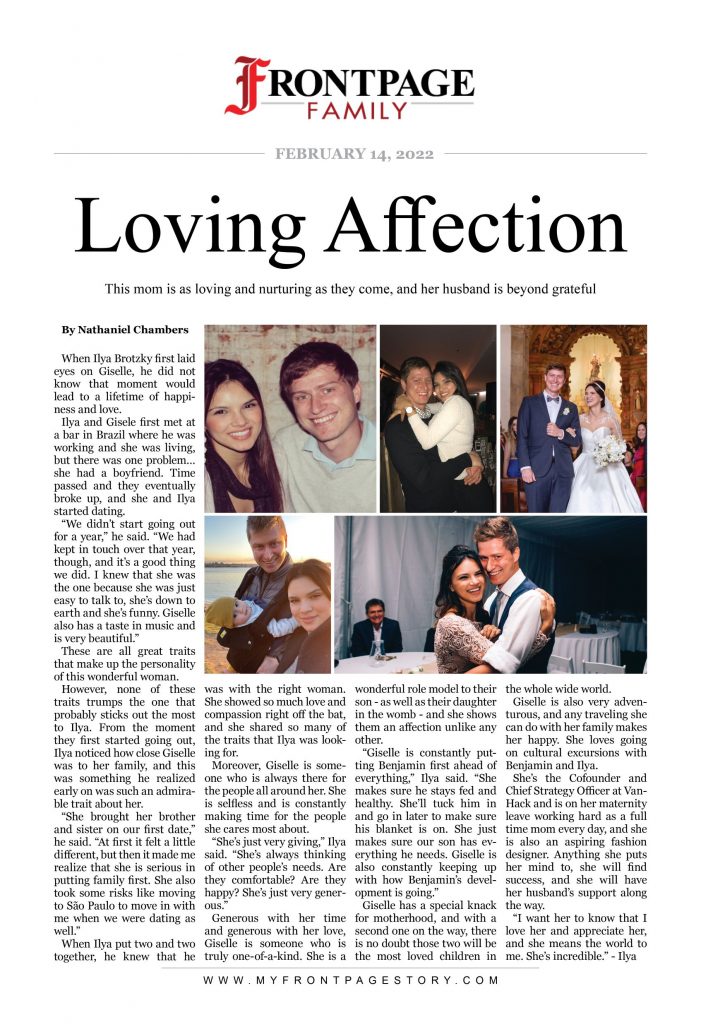