‘MAGNETIC’: Brett Kushner and Hannah McNamara celebrate 3 years together and a future they can’t wait to get started 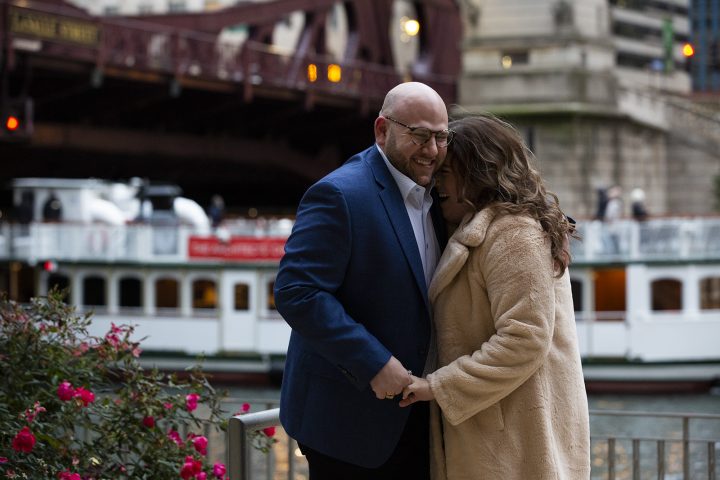 Early Valentine’s Day morning three years ago, Brett Kushner snuck into the school where he and Hannah McNamara both worked and stealthily put his plan into motion. He was starting to spike a fever, but his looming sickness was just going to have to wait because his big question for Hannah couldn’t.

Brett decorated Hannah’s office for Valentine’s Day and went big with a gesture to ask Hannah: Will you be my girlfriend?

He dashed out before anyone arrived on the scene, then immediately shifted to the anxiety of awaiting her response. The plan was to get her answer in person later that day, but Brett’s body threw in the towel and he couldn’t make it.

“She called me and came over to my house that night when I was sick,” Brett said. “She gave me her answer and told me yes.”

Prior to that, Brett and Hannah were teachers in neighboring classrooms who steadily got to know each other as they shared the same 6th grade class. That arrangement began in 2017 and built to the point where Brett shoved his fears aside, showed up at the school at 4 a.m., and let it be known that he wanted to be more.

The couple took the next big step in their relationship this past October with another moment that Brett meticulously planned out to be perfect. He got down on one knee in Chicago, one of their favorite places, with both of their families there, along with a photographer and a violinist to play her favorite song.

“She heard it and was like, ‘Wow,’” Brett said. “She turned around, I got down on one knee, and at that time our families popped out and we all went and had a beautiful dinner at Chicago Cut Steakhouse.”

Brett and Hannah now happen to be planning an October wedding at one of the most challenging times in recent history. But they have no doubts that they’ll work through it together because that’s what they have always done. Hannah’s blend of kindness and reliability are a big part of that equation.

“She is the person that everybody goes to,” Brett said. “Her family constantly looks up to her for advice or for help. She just has that it factor, where even if she doesn’t know the answer, she’s going to figure it out. She’s got a magnetic personality where she is always willing to help anyone who needs it.”

Brett and Hannah share many of the same core values. and he particularly stands in awe of her quiet strength, her love of family and the caring and kindness that will someday make her an amazing wife and mother.

They have a mutual love of Chicago, Big Ten football, watching Chicago PD, and spending time with their two puppies, Sadie and Maddie.

Brett shows his love through grand gestures, but he loves that Hannah is just as often content with a nice, quiet evening together. She focuses on the simple things. At the same time, Hannah is independent and self-motivated and inspires Brett to do the same.

Hannah now works for Raymond James Financial and Brett is the principal of the school where it all began. They look forward to their life together while also stopping every Feb. 14 to look back and appreciate the very first chapter of their love story.

Brett can’t wait for the many more to come. 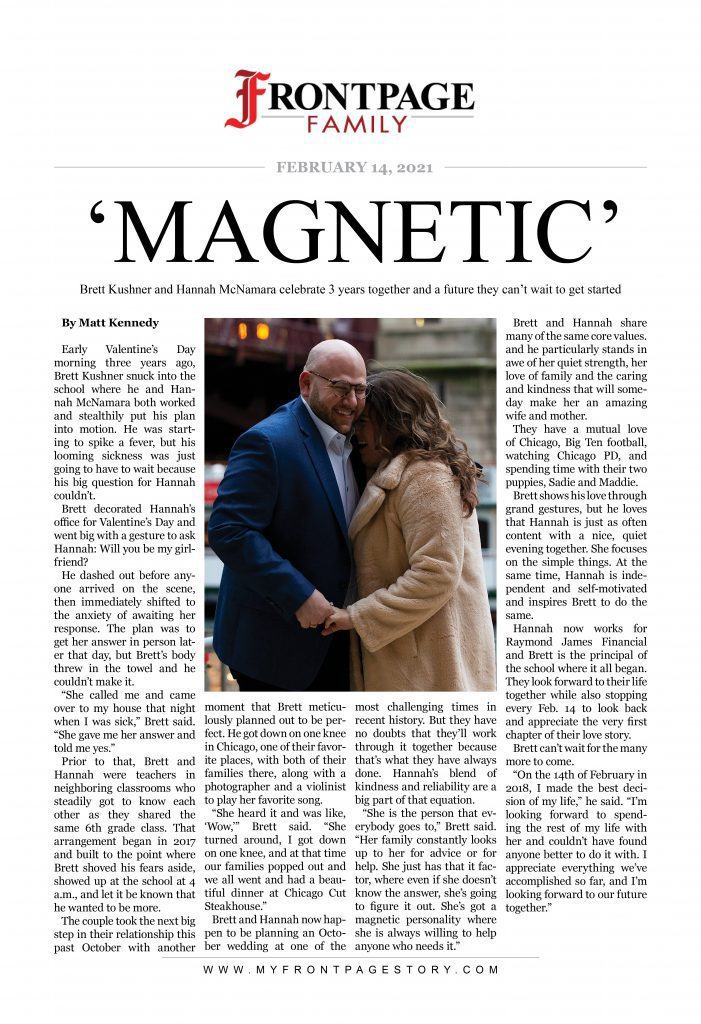