‘Missing out’: Smyrna LB Darryl ‘Debo’ Williams might not be a national secret much longer 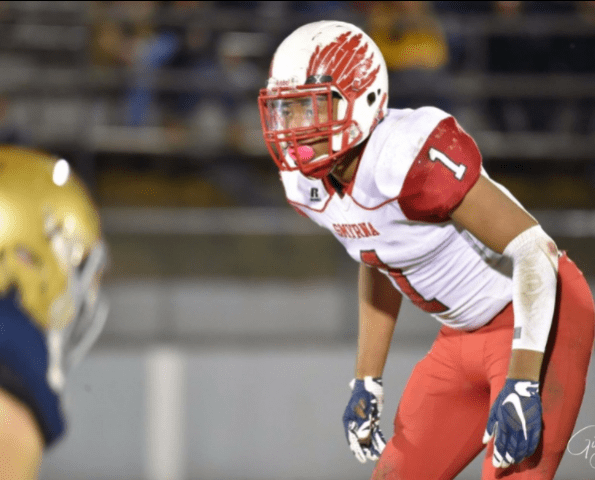 Smyrna (Del.) High School linebacker Darryl Williams was born to be a “Debo,” but the nickname wasn’t about to be handed to him. Coach Mike Judy had to see Williams compete before giving him anything, let alone a nickname that implied he was ready to bully his opponents.

One punishing blow, one relentless pursuit and one high-IQ play at a time, he morphed into the “Friday” movie character between lines. Williams was physical and mature from the moment he arrived as a key piece of a Smyrna team that has now won three straight DIAA Division 1 state championships.

There might be no bigger compliment for a linebacker, even if Williams’ persona is the complete opposite off the field. He inspires fear in opposing ball carriers by never giving an inch. His pop as a tackler is among the greatest Judy has ever seen in his decade and a half of coaching, but that might not even be Williams’ most impressive skill.

“I’ve been coaching football for over 15 years. He’s in the top 2-3 kids in terms of hitting power I’ve ever seen. He has a world of great football to come ahead of him. He’s been a tremendous leader at a young age and a great teammate.”

Leadership is rare for a player who won’t graduate until 2020, but Williams is special in his ability to absorb everything that comes with playing middle linebacker. He’s nasty and physical, but he can also diagnose and communicate, which will only improve with more experience.

“I would say I have very good play recognition, calling it out, seeing it, telling my teammates where it’s going,” Williams said. “I’m fast to the ball and I have a knack for the game.”

The combination of mental and physical strengths paid off for Williams as a sophomore last season. He set a new school record with 128 tackles, including 18 for loss and five sacks. Williams then dedicated his offseason to getting even bigger and stronger and working on his quickness.

The goal: Break his own record.

“It’s humbling,” Williams said of breaking the tackles record the first time. “It makes me want to push harder. I’m trying to break it again.”

Williams is training hard to take his game to the next level.

He is now in the 6-1, 225-pound range, which is a far cry from his 5-11.5, 205-pound listing in some recruiting circles. Williams is training twice a day five times a week and adding Sunday yoga sessions to improve his strength, quickness and flexibility.

He has plenty of time to keep working and take his recruitment to the next level. Williams is on the verge of exploding on the national scene and has gotten interest from Maryland, Penn State, West Virginia, Rutgers, Notre Dame and North Carolina, among others.

The hope is to turn that interest into a longer offer sheet.

“I’m definitely building on my speed and strength,” Williams said. “I want to turn that interest into offers. That’s my main goal. I haven’t been to any camps yet, but I’m going to some in the summer. Definitely Maryland and Penn State, probably Temple, too. I haven’t set any dates yet.”

Hard work will be a key to turning those dreams into realities, so Williams plans on showing up bigger, stronger, faster and more prepared than ever to dominate. Judy would be surprised if his star pupil didn’t do just that.

“He’s thickened up,” Judy said. “He’s always been a thick kid, especially in his lower body. Obviously, he’s working his tail off and doing everything he needs to do. I have no doubt if he stays the course and keeps doing what he’s doing, I don’t think coaches will have any choice but to come see him because they’d be missing out.”