‘MY ROCK’: Nancy Machado has been patient, loving and supportive through two years of ups and downs 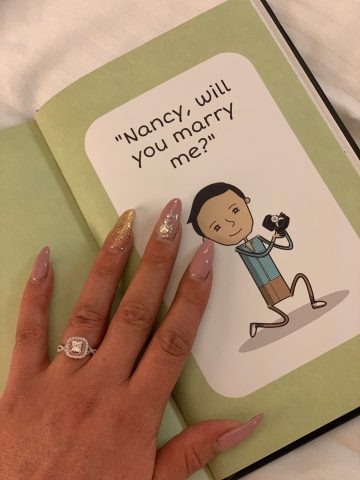 Even beyond a pandemic, Javier and Nancy Machado have found themselves enduring one challenge after another together, but they’re still here. They’re fighting through it, and they’re celebrating their second anniversary with hopes of turning a corner toward better luck, brighter days and bigger adventures.

Their challenges started with throwing a quinceañera for their daughter on a modest budget, followed by a one-year anniversary trip to Reno to see Royce Prince that got axed because of COVID. The same was true of a big graduation party Nancy planned when Javier finished his MBA. They also lost their home to a fire in September, which left them with each other, but little else. Before that, they spent nine years together only to seal the deal on their marriage by eloping to Lake Tahoe.

Javier and Nancy aren’t on a mundane ride together, but they do have more proof than any other couple alive that they can rely on each other. That’s been a requirement during their time together, and it’s something Javier appreciates more than he could ever express to Nancy. She has supported him and built him up every step of the way.

“She’s my rock,” Javier said. “She’ll stand by me right or wrong. She is as loyal as they come. Friends always say she’s ‘Ride or Die.’ She’s always taking care of me.”

The journey to this point began with Nancy hearing the legend of Sergeant Machado as a civilian contractor who had to see what the fuss was about. Javier helped get her out of a jam once, which gave way to a dinner date, and an early revelation that Nancy was clearly the right girl for him.

Javier admits he needed some time to flip the switch and make their commitment official. But once he did, he put a fast plan into motion under the guise of a Lake Tahoe weekend getaway. He snuck around, got permission from Nancy’s father, proposed on a Friday, and they got married on Saturday, March 9, 2019.

“I asked her dad for her hand on Thursday, picked her up on Friday and proposed to her that night,” Javier said. “I gave her a story of our life book with emojis, and on the last page, I asked her to marry me. We went and got married the next day…13 days Flash to Bang!”

You’d be hard-pressed to find someone more beautiful than Nancy, however; loyalty and love are two of the qualities that Javier has admired in Nancy from the start. She has stuck by him, and she has loved and accepted his children, Diego (18) and Lala (16), as her own, which has meant the world to Javier. The same is true of Nancy’s support through his own ups and downs and the fact he knows, beyond a doubt, she’s always in his corner.

Nancy patiently waited for Javier to propose to her, but also to grow into the man he is today. Much of that was made possible directly through her own example and her relentless support of him along with Diego and Lala. Nancy is truly the heart of their family.

“The kids grew up with her, and everything with them is great,” Javier said. “She’s amazing. Outside of your family, I didn’t believe unconditional love was possible…then I fell in love with Nancy. She has really helped me realize what’s important, and that’s family.”

Someday, when the dust settles and their fortunes turn, Javier and Nancy can celebrate their love and their partnership without all the challenges that have followed them for the past two years. Their anniversaries so far have been met with challenges and their plans have been disrupted, but their outlook is as bright as ever.

They’ve been humbled and tested, but they’re stronger for it and ready for better days ahead. 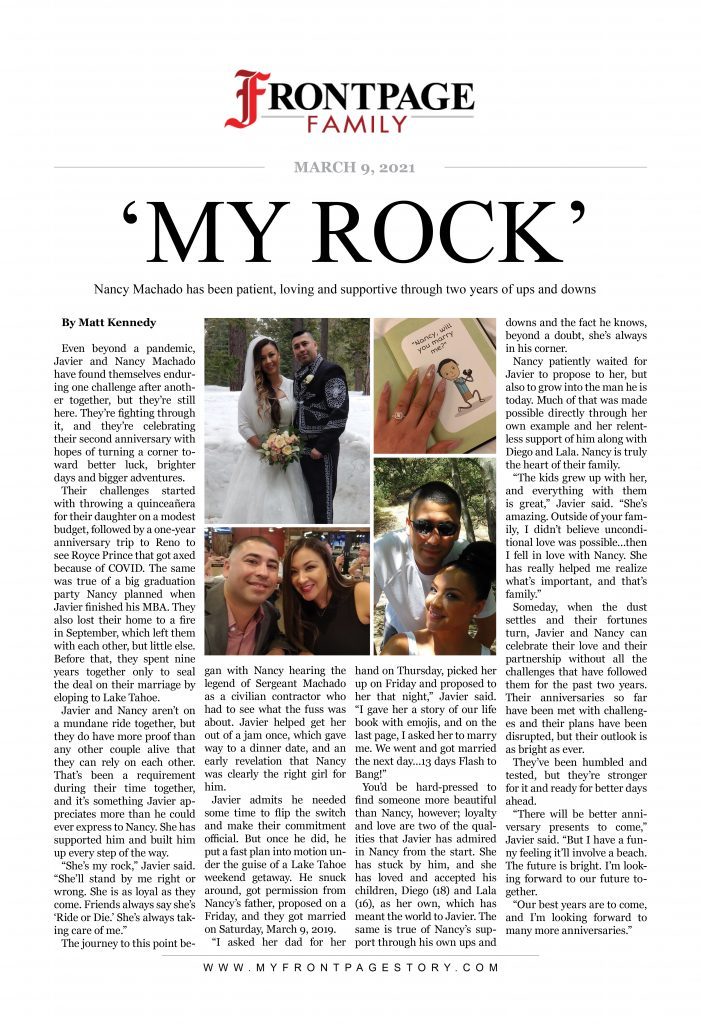