Our Hero: Shelly Carlin is quick to tell his family how much he loves them, and even quicker to show it with his actions 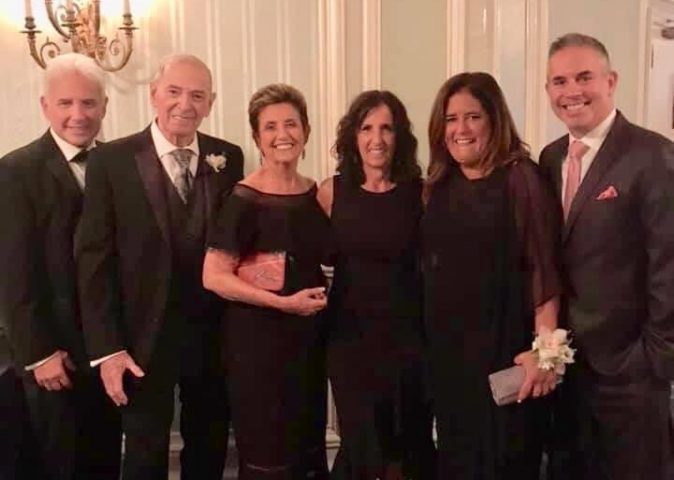 As Shelly Carlin pulls the folded piece of paper out of his pocket, every member of his family reaches for their tissues.

A father of four and the patriarch of a family that now has 10 grandkids and five great grandkids, Shelly likes to wrap up family functions with words that come directly from the heart. He scans the room and lets every member of his family know how much they are loved and valued, and he does it with deep thought and care.

That goes for his wife Joan, his children Pennie, Jill, Jeff and wife Carolyn and Rob and wife Megan; his grandkids Melissa and her husband Dan, Steven and wife Jessica, Adam and wife Samantha, Brian and wife Melissa, Matt and wife Brooke, Brett, Kyle, Zach, Jordan and Nola, and his great grandkids Ryan, Emma, Brody, Tyler and Mia.

Anyone in his presence knows the waterworks are coming.

“He doesn’t have to say much,” Adam said. “As soon as he takes out that little note, we all have to go get tissues. He’s got the biggest heart, and we just adore him so much. He is the ultimate husband, father, patriarch and role model.”

Those readings are remarkable acts from a remarkable man who has backed up his heartfelt words 100 times over with decades of family-first actions. The health and happiness of his loved ones has always been — and will always be — his No. 1 priority in life.

Every one of the kids feels that love from their dad, and they are inspired to treat their own families the same way. Ask any of them, and they would all say that they only hope to make just a fraction of the impact on others as Shelly does.

“Family is everything to him,” his son Rob said. “Every phone call ends with, ‘As long as you’re happy and healthy, that’s all I care about.’ He always puts family first, and I think that if I can be half as good a man as he is, I feel like I will have done very well in this world.”

That sentiment runs deep in the Carlin family because Shelly is a man whose life is worth emulating. He has strived to do his absolute best for his family, even on rare occasions where he might fall short. Shelly has also given his all to be the best possible husband to Joan, which strengthens a marriage that gets better with every passing year.

Right or wrong, good decision or not, Joan has never doubted that Shelly will always listen and be thoughtful and supportive without fail.

“He’s just a very sweet man,” Joan said. “He’s very understanding and very open. He will listen to someone if they have a different opinion without being judgmental. He picks up on everything. Whatever decision I make, he backs me up.”

One of the life-defining decisions Joan and Shelly made together was to be relentless in the way they show up for the kids.

Shelly’s life has always been a hustle of running his own business and bringing side projects home — like the hundreds of hair dryers he fixed in his free time — but all of it is put on hold any time a child or grandchild has a game, event or school activity.

“Even though he was always working and putting things together, he never missed a game,” Rob said. “He coached me in Little League and in basketball. Looking back on it now, I don’t know how he was able to do it. He was always ready to be the supportive dad.”

Shelly and Joan came to an agreement long ago that their commitment to the kids meant more than anything else. They both believed that everything that happened with them was an opportunity they simply couldn’t afford to pass up, so they never did.

“He never missed anything based on the fact that game or show was that day,” Joan explained. “It wasn’t going to be next week or next month. It’s happening now. The most important thing is, ‘Yes, I’ll be there,’ and he always found a way to do it.”

That legacy still precedes Shelly in everything he does, and it is prevalent in the next generations of the Carlin family as well.

His grandson, Brett, has absorbed his family-first attitude, but has also come to appreciate his grandfather’s work ethic, his understanding, and his general outlook on life.

Those gifts transcend the family and make an impact on so many others, Brett said.

“His reputation sort of preceded him,” he said. “I always knew growing up that people said he was a hard worker and he’s always had a ‘take no BS’ attitude. We all love what he stands for and how he views and treats his family. Just seeing how other people view and respect him has been really, really cool and special for me.”

There are so many words that apply to a man who has made his life about so many others besides himself. As a kid in Brooklyn, he learned to navigate the streets, make a living by any means necessary, and work his way through every challenge just so his kids, in turn, didn’t have to do the same.

As Shelly celebrates his 85th birthday, he is the same, sharp-dressed creature of habit he’s always been, but with a growing sense of sentimentality for his family and friends.

He is proud of what he and Joan have created, but perhaps not as proud as everyone else is for knowing him. Shelly has touched all of their lives in a deep and profound way and set the tone for future generations to value their family above all else.

“More than anything, I am proud to be his kid,” Rob said. “He is such a good person.”

“When I used to come to the house with the kids and everybody would run and take the kids and leave me standing at the door, Dad would be the one to come and hug me and walk in with me,” Pennie added. “He also stands at the door every time we leave waving goodbye until we are around the corner. He said he loves knowing that we expect and enjoy that he does that. He’s just my hero!”

“I only hope in reading this, he feels the same kind of love back that we’ve all felt when he’s read one of those notes to us,” Adam said. “Even if we come away with a fraction of the feelings he’s given us, then we’ll be successful. He’s never shy telling us how much he loves us. We try to tell him the same, but hopefully this does the trick and he understands how grateful we are that he plays such a pivotal role in our lives.”

Shelly and Joan have a running tradition to end every card or letter they write to each other the same way. The words are simple but powerful and sum up their love perfectly. 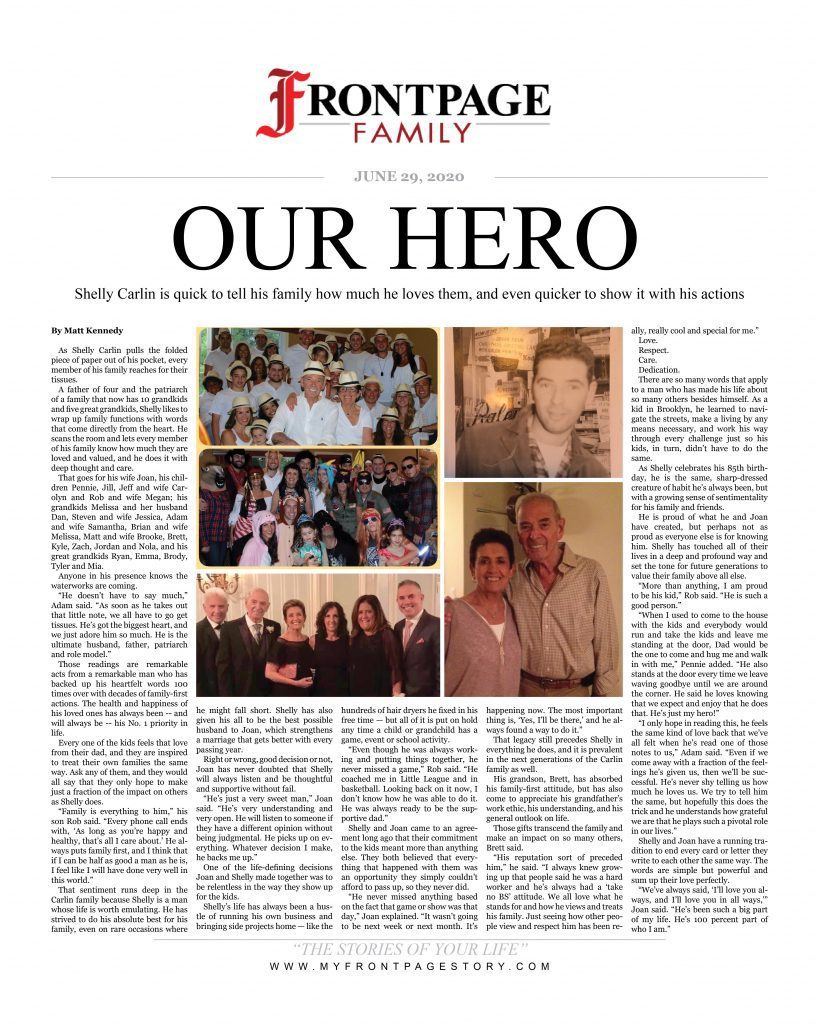