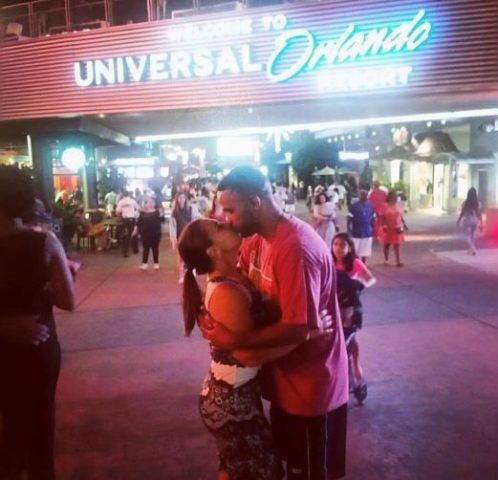 Jay and Maureen Shelton first met as teenagers on Parker Street in Rhode Island. They knew they had chemistry as a couple. But instead of getting together, they decided to take different paths.

“I knew she was the one in 1989, but we were both too young to see it,” Jay says now. “I knew that she was the one back then and that I would end up running into her again if we were truly meant to be.”

They had mutual friends, but Jay and Maureen did not see each other for over 20 years. They both had separate long-term relationships that eventually ended, and they both had children.

Luckily for the both of them, they found each other on Facebook after more than two decades apart. It provided a chance to reconnect – a chance to reignite their chemistry and find a lasting love they are now celebrating this Valentine’s Day as husband and wife.

“She makes me a better person every day,” Jay said of his wife. “She pushes me hard to be great and successful. She doesn’t accept failure and won’t allow myself to fail or think I am going to fail.”

Maureen was a huge support to Jay in getting his barber shop business started. She assisted with marketing, painting, interior design, and so much more.

“She ran around the world and back to help me,” Jay said.

Jay is not only thankful for Maureen’s generosity and strength, but he also appreciates how big of a sports fan as she is.

“When I was 13 years old, my mom told me I was never going to get married because I would never find a woman that would watch sports with me 24/7,” Jay said. “We visited my mom during summer 2021. Maureen had the Red Sox game playing on her phone and another game playing on her laptop. My mother looked at me and shook her head. She admitted she was wrong.”

In addition to watching sports, Jay and Maureen love working out together and finding new nutritious food recipes to cook to help them stay healthy overall.

One of Jay’s favorite memories with his wife was at a bar in Myrtle Beach. Their female server let them know that there was a special sale that night that made all drinks $1 each.

“Maureen looked at me and said ‘Jay, did she say $1?’” Jay recalls. “I said yes, and we smiled at each other. We had 17 drinks a piece that night. Luckily, we stayed right next to the bar, so we were able to walk back to our condo.”

While Jay runs the barber shop, Maureen works as an account executive. Maureen also has four grandkids – Javian Sheffield, Gage Souviney, and Nyomi and SJ Conley – that she tries to spend as much time with as possible.

“She loves her kids and grandkids,” Jay said. “She’s a giver and enjoys making everyone happy.”

Maureen spends more time with her grandchildren nowadays, but she has always taken care of her kids. All her kids played more than one sport growing up and she stayed busy driving them all to practices, games, extracurricular activities, and more.

She had her first born at an early age, but Maureen quickly became an excellent mother due to her determination.

“She’s always worked and never depended on anyone,” Jay said. “She has an instinct for instantly helping someone in any way that she can.”

Jay is beyond grateful that he was able to reconnect with Maureen and benefit from her support consistently as her husband.

“I never forgot her birthday and even remembered her oldest two kids’ birthdays (Whitney and Anthony),” Jay said. “I knew I’d run into her again if it was meant to be. I did, and now we are married!” 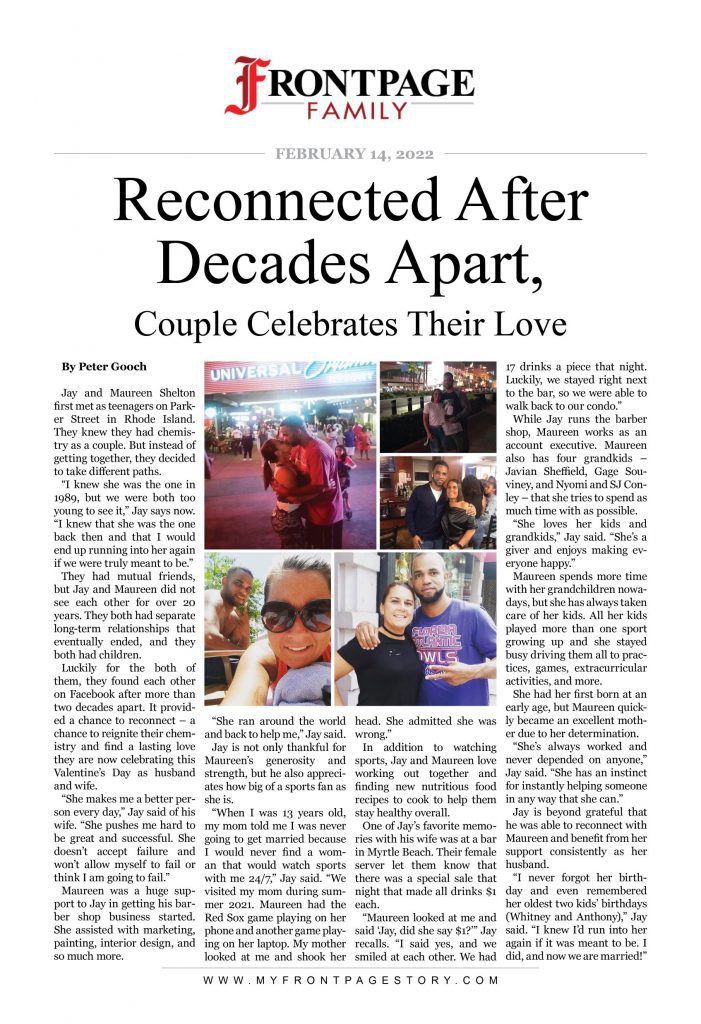