‘Second to none’: Lilian Wilson pours everything into building her big, happy family 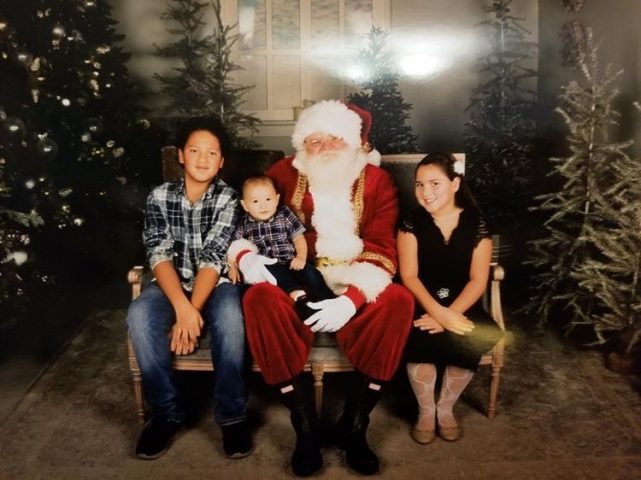 No disrespect to Hollywood rom-coms, but Chris and Lilian Wilson are living the REAL love story.

They are two people with brokenness from their past who embrace that history and find completion in each other. They lift each other up, stand by each other’s side, have fun together and work together to raise their three beautiful children Tristan, Ariana and Cole.

The way Chris tells it, Lilian is the rock that helped him become the husband, father and person he is today. Any time doubt crept into his head early in their relationship, or when he convinced himself Lilian was too good for him, she had a way of reassuring him. Over time, he said she played a huge role in helping him respect himself and know what it means to love.

“I wasn’t a very nice person when I was younger,” Chris said. “I grew up arguing and fighting everything and everybody, both physically and verbally. My trust level was next to nothing. Because of it, I was very bitter and angry and I just didn’t treat people properly. Through that whole month where I was courting her and then after when we started dating and talking more, I was like, ‘You know what, no way a girl like this would like me. No way this beautiful woman would love me.’

“Every time I took a break in the relationship or a pause, she never left me. She was always there. She wrote me a letter telling me she wasn’t going anywhere and that it’s OK to love and be loved. She never walked away from me.”

Flirting on the job led to courting, which led to dating, which led to a marriage proposal, a “Forever” tattoo on Chris’ arm and the start of a family. But like their lives before they met, that part wouldn’t come easy. For reasons that still aren’t clear, Lilian struggled to go full-term in the first two of her three pregnancies. 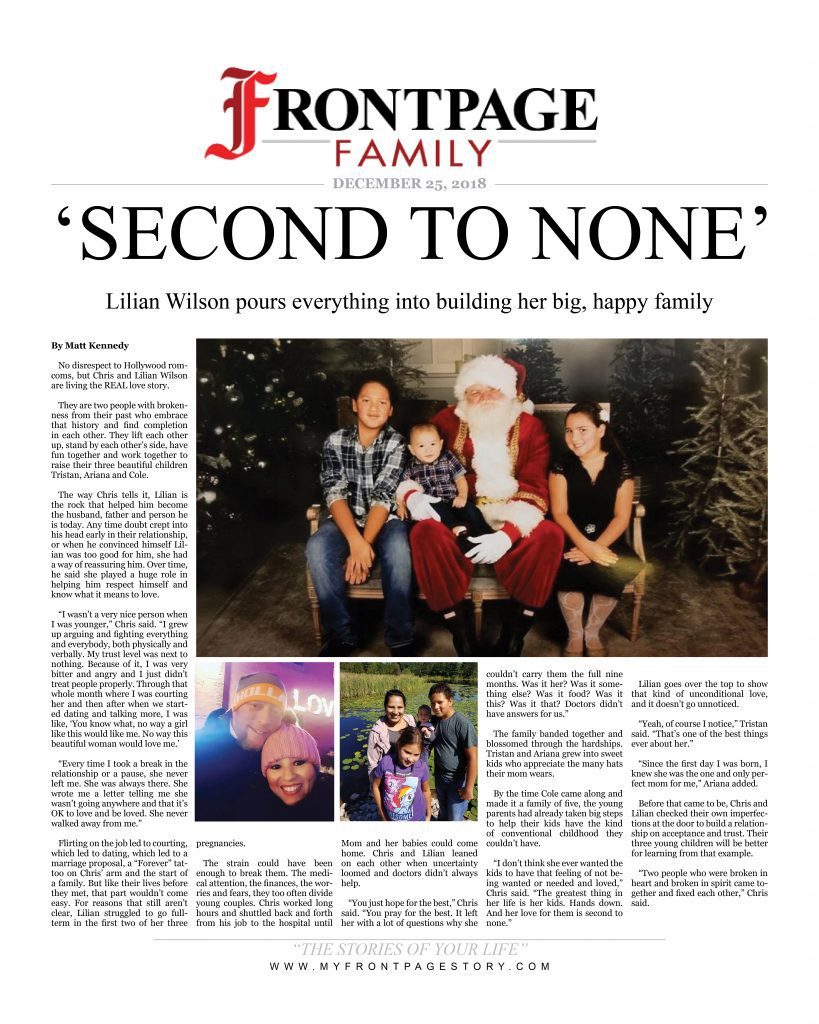 The strain could have been enough to break them. The medical attention, the finances, the worries and fears, they too often divide young couples. Chris worked long hours and shuttled back and forth from his job to the hospital until Mom and her babies could come home. Chris and Lilian leaned on each other when uncertainty loomed and doctors didn’t always help.

“You just hope for the best,” Chris said. “You pray for the best. It left her with a lot of questions why she couldn’t carry them the full nine months. Was it her? Was it something else? Was it food? Was it this? Was it that? Doctors didn’t have answers for us.”

The family banded together and blossomed through the hardships. Tristan and Ariana grew into sweet kids who appreciate the many hats their mom wears.

By the time Cole came along and made it a family of five, the young parents had already taken big steps to help their kids have the kind of conventional childhood they couldn’t have.

“I don’t think she ever wanted the kids to have that feeling of not being wanted or needed and loved,” Chris said. “The greatest thing in her life is her kids. Hands down. And her love for them is second to none.”

Lilian goes over the top to show that kind of unconditional love, and it doesn’t go unnoticed.

“Yeah, of course I notice,” Tristan said. “That’s one of the best things ever about her.”

“Since the first day I was born, I knew she was the one and only perfect mom for me,” Ariana added.

Before that came to be, Chris and Lilian checked their own imperfections at the door to build a relationship on acceptance and trust. Their three young children will be better for learning from that example.

“Two people who were broken in heart and broken in spirit came together and fixed each other,” Chris said.