‘Selfless Love’: Jessica Sadler is an amazing mother and wife, and a woman knew from the beginning was special 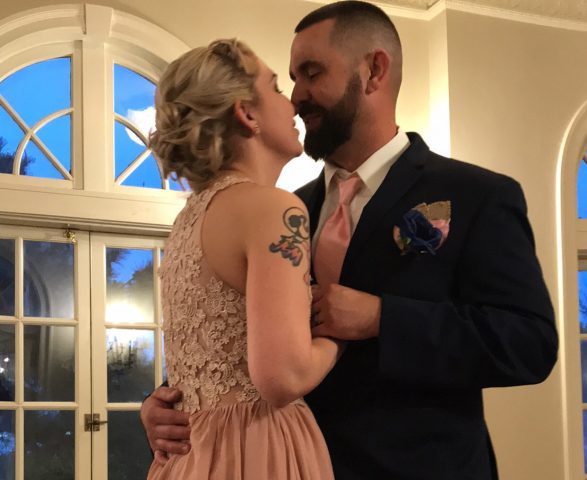 The two have been married nearly three years now. They have known each other since they worked together at Cox Communications, and now they are raising two kids, Jaxson and Jocelyn, and still love to see concerts and sporting events together and go to the gun range.

But above all, it’s Jessica’s caring and loving spirit that stands out to Tony. It’s the sticky notes she leaves with his lunch each morning before work.

It’s the help she provides, whether keeping score or bringing snacks, for the baseball team he coaches. It’s the thoughtfulness and caring she displays when he’s having a particularly rough day, and the kind notes and gifts she sends to his military buddies who need a pick-me-up.

It’s all of those things, and so much more.

“It’s the best thing in the world to have someone like her by my side,” Tony said. “I don’t know how to put that into words. It’s refreshing.

The two met at work — he was a “field guy” and she worked in the call center — and they got to know each other better shortly after leaving Cox. But it was the gentle squeeze she gave his hand when they heard the news together that the company needed to restructure that sparked — literally — a loving relationship that has lasted since 2013.

“She squeezed my hand, and there was something electric about it,” Tony said. “I like to say that little handshake is what started it all. … To this day she is the love of my life.

It didn’t take long for their first date, their first kiss — Dec. 6, 2013 — and their first vacation alone together at Mulberry Mountain, Arkansas, which just so happened to be when Tony popped the question.

“We got engaged in November of 2017,” Tony said. “With the kids and work, and I was still in school, we hadn’t had a real vacation together. We took a week off into this desolate, middle of nowhere spot.

That decision didn’t take long, either.

“Honestly, love is blind,” Tony said on when he realized Jessica was the one. “After that first kiss, I probably could’ve locked it in then.

He did eventually, and it’s the best decision he’s ever made.

To have a wife and mother like Jessica, who puts others first means more to Tony than he can express.

“I just want my beautiful wife to know how much the kids and I appreciate all her sacrifices for all of us on a daily basis,” he said. “She is a great provider and caregiver. She’s the kind of woman that makes you want to be a better man, husband and friend, and I’ll never stop trying to show my appreciation for everything she does for us.” 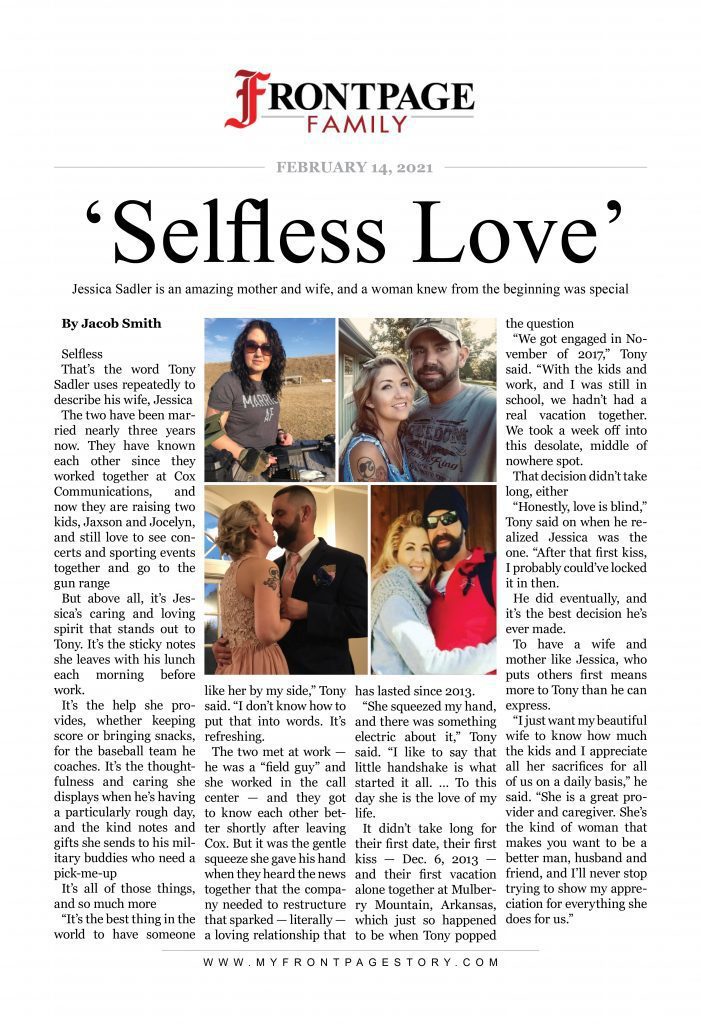