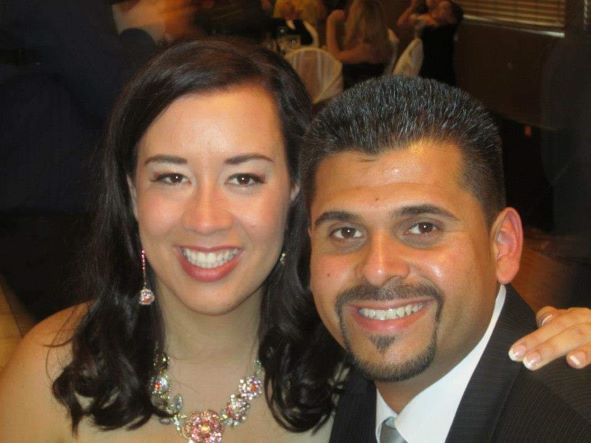 Raymond and Jennifer Reece have always enjoyed each other’s company, and that was evidenced on their very first date.

“We met online and set up a date,” Raymond said. “We met at Starbucks and had a six hour date. We talked about anything and everything. I knew within the first 30 seconds that I would marry her. I could tell immediately that she had a kind heart and would never intentionally hurt me. I said something mildly intelligent and she followed what I was saying. I then said something brainy and scientific and she understood.”

It was at that moment that Raymond realized Jennifer was patronizing him, but in a good way. Throughout the date, she was so intrigued in talking to Raymond, that she did not notice the 20 missed calls from her parents and sister checking in on her. She had her phone on silent for the whole six hours, and that is when Raymond knew for sure everything was going to work out.

It did not take long for them to date before Raymond popped the question, and shortly after they got married, Raymond and Jennifer moved to Italy for three years. They spent years touring Europe, sightseeing and going on many adventures.

“Opa! I remember being in Greece on a tour, eating a great meal on a cliff and breaking plates on the floor, as is tradition,” Raymond said. “I also remember going to the annual festival that would take place in our backyard every year.”

The differences between living in Europe and living in the United States are wildly significant, and the Reece’s would not trade those experiences for anything. They are glad they got to go on adventures together and explore other countries and lifestyles.

But at the end of the day, Raymond and Jennifer knew they wanted to move back to the US. As much as they enjoyed living in Europe, that time had hit its end. They were excited to start anew in the States and try for a child. Plus, how would they make trips to Disneyland and the San Diego Zoo if they were living in another country?

Things have not always been easy for the Reece’s, however, especially when it came to having kids. They had trouble conceiving children at first, but the struggles they went through with that made raising their kids even more worthwhile.

“I remember her on the hospital bed as our first child was placed upon her chest,” Raymond said. “I remember the same thing with our second child and the nurse telling her to stop pushing because the baby was almost out and the doctor wasn’t there yet.”

Despite their struggles, the journey has been an amazing ride. Their kids have brought them so much joy and laughter, and Raymond has loved watching Jennifer become the mother that she has become.

“She loves to do arts and crafts with our daughter,” he said. “She loves to snuggle the kids. She puts our daughter to bed every night, even the nights that my daughter doesn’t want to sleep. She will only allow mommy to do it and no one else.”

Through it all, Raymond and Jennifer have been so loving and dedicated to their kids, as well as each other. Through each trial and tribulation, their devotion to one another has always prevailed. They have always put each other first, and they have always made each other feel special.

From the times of finding a new home in a nice neighborhood when they moved back to the States, to the times that they enjoy guilty pleasures like reality tv, to the tradition of going out as a family for dinners, togetherness is key in the Reece household.

“She always holds me accountable,” Raymond said. “This has forced me to be a better man. I have had to improve upon my weaknesses and never settle with being good enough. I used to tell white lies to not hurt people’s feelings. She would rather have the truth no matter what it is. It has allowed our trust to grow to new levels.”

Jennifer spends her days as a well-off government contract specialist, and Raymond spends his days reminding her of how successful she truly is. While Jennifer sometimes feels like a failure who could be doing more with work, Raymond knows it comes out of her having such high expectations for herself, and she does not always realize how high up the mountain she has already climbed.

Raymond is thankful for the mindset she has, and he wants her to know that the peak will be reached, but she has to appreciate the journey from time to time.

Raymond is also thankful for the 10 best years of his life, and he cannot wait for many, many more decades spent with the love of his life.

“I love her very much,” Raymond said. “I would be lost without her. She is my best friend. We do everything together. Happy 10th anniversary, Jennifer!” 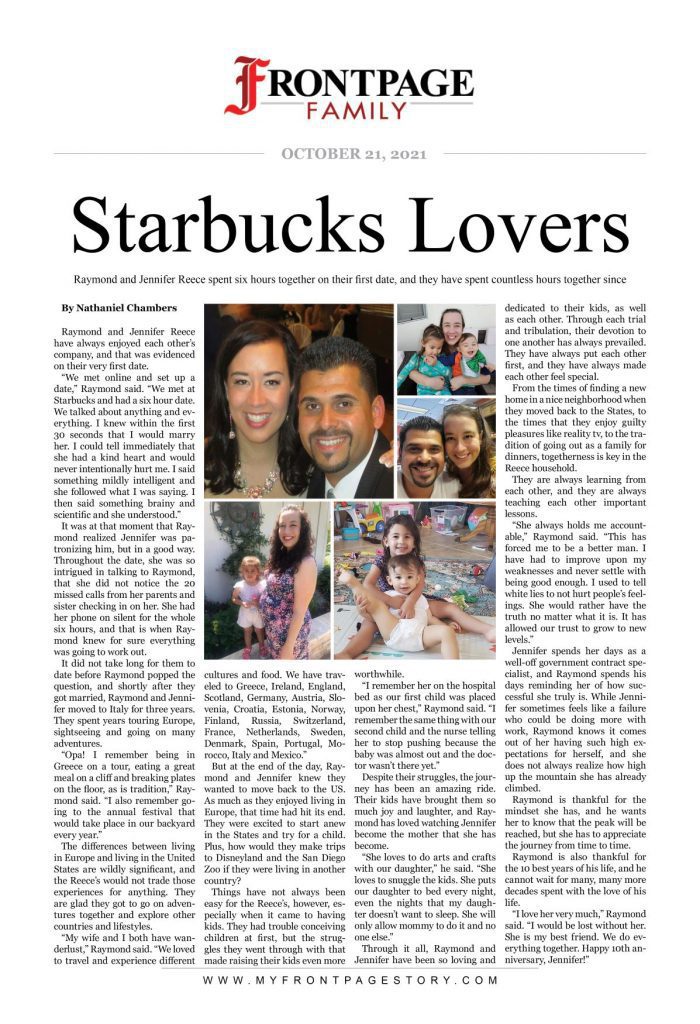