‘Their Special Day’: Lauren and Shane Symonds’ wedding day was filled with family, friends and God, and that’s exactly what they were hoping for 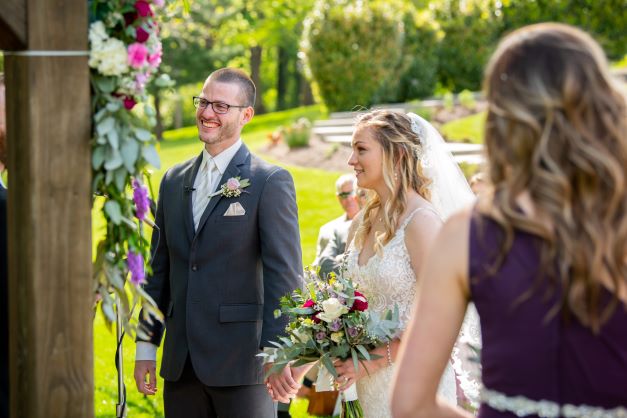 Despite being in the same graduating class at Hempfield High School, it was not until a few years later that Lauren and Shane actually got to know each other as summer counselors at Silver Spring Park.

“They’re very similar people,” Lauren’s dad, Brian Hickey, said. “They are Christians with a strong faith. They are also similar in that they are both low-key. Lauren’s known as being very ‘chill.’”

There is no question that Lauren and Shane are meant for each other.

If it was not clear before then, it became evident by their wedding ceremony on May 14, 2021. They got married at the Historic Acres of Hershey, but what is most important to them was that their ceremony was surrounded by their closest family and friends, and was very Christ-focused.

“It was such a beautiful day,” Brian said. “I’m extremely happy for her. It was the biggest day of her life. I have no doubt about it. It was the most important day to her as well. Robin and I wanted it to be perfect for her, and it definitely was.”

Brian was glad that his daughter got everything she ever dreamed of when it came to her wedding day, and it made it even better knowing she was marrying the right man.

Brian speaks very highly of his son-in-law, and he knows that Shane will always keep his daughter safe.

He believes she deserves the world, and he is glad that he gets to make her happy every single day for the rest of their lives.

“Shane’s very gentle and mild mannered,” Brian said. “He’s eager and does what he can to please her. That’s his priority.”

Shane also wants to make sure his wife is taken care of at all times. He cares so deeply for her, and he would do anything for her.

She is a special person, and Brian is just happy he got to hand her off to such a wonderful husband, and he described walking her down the aisle as one of the highlights of his life.

The ceremony itself was beautiful, but their marriage has been and will continue to be even more beautiful and special than the day itself. The ability for Shane and Lauren to grow together in all aspects of life stands out above all else to Brian and Robin, and they are so proud of the two of them.

“Both Robin and I couldn’t have been happier about how Lauren and Shane’s wedding day went, and we hope the rest of their lives together is just as perfect.” – Brian 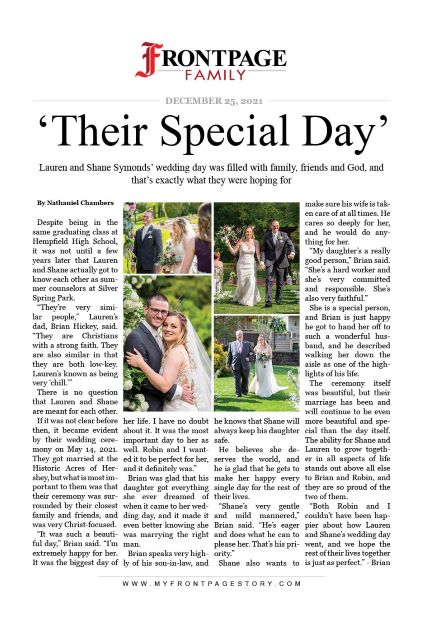