‘Total Support’: Carole Campbell has spent a lifetime putting family first and showing her kids the value of hard work and commitment 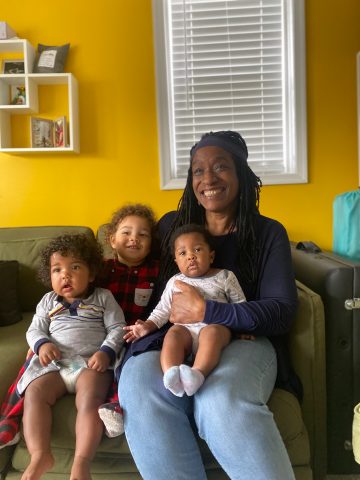 Carole Campbell is an early riser, a hard worker and a supportive mother, and all of those qualities are amplified by an amazing willingness to always put her family first. She raised her sons Aquil, Rashad and Ibraheim through a strong example and did whatever it took to prop them up for success in their lives.

Carole worked as a registered nurse, got a masters degree and still made sure she always showed up for her family, which resonated with each of her sons.

They saw their mother working hard. They recognized the commitment she made to her family, and they learned from her daily lessons about mutual respect and work ethic. They always got their mother’s best effort, so they always tried to give their best. They saw it as the very least they could do for her.

“Mom was just always happy and accommodating,” Aquil said. “Anything we wanted to do, she would say, ‘Go ahead and do it.’ She has total belief in her kids and totally supports us. We played sports our entire life, and she was always there.

“She attended Rashad’s recess Super Bowl game, and she even came to one of my games as a football ref. If she could be there, she was there. If it was attainable and we wanted it, we got it.”

Rashad can look back and remember some of his mom’s best unspoken lessons.

He followed her lead and started rising early in the mornings, sometimes running into her in the home’s dark hallways as they began their days. Rashad started to recognize in those moments what his own recipe for success would eventually be. He equated rising early with conquering his days, just like his mom did.

Carole has always had a way of inspiring the best out of her kids, along with her partner, Michael, and even her three grandkids, Kayse, Kori and Juno Lua.

In Rashad’s eyes, selflessness is at the heart of it all. She put her kids first and worked hard to give them the best life they could possibly have, which played a big part in the many successes they’ve all had as kids, students, athletes, and now young men.

“She doesn’t put herself first ever,” Rashad said. “She’s one of the nicest people I know. In addition to that, she never feels sorry for herself and is always a doer. She doesn’t always say much, but leads by example. It’s one of those qualities you don’t always recognize how important it is, but it rubbed off on me.”

Aquil was an athlete, and Rashad went on to play football at Cornell. Ibraheim played at Northwestern before he embarked on an NFL career that is now in its sixth year and counting with the Indianapolis Colts. Along the way, there were countless practices, game days and road trips to support their dreams.

Carole was the backbone through all of their academic and athletic exploits, and not just in the sense of sacrificing and working to make sure they got everywhere they needed to go. Her lessons of hard work, accountability and discipline were also the foundation that made such success possible, both on the field and off.

“She provided everything for me,” Ibraheim said. “She inspired me to give my all in everything I did as a way to show her that the things she did weren’t in vain. I think that’s why we all strived to be the best versions of ourselves because we know how much she sacrificed.

“My mom, for as long as I can remember, has been waking up at 4:30 am to work. For her to do that for so long, never complain, and take it on every day, it was something to watch. I think that’s what separates myself and my brothers. That work ethic is ingrained in us.”

Carole was shy as a little girl, but it was clear early how determined and forward-thinking she was even at a young age. She and her sister Cheryl were born just a year apart, so they grew up together as sisters and best friends, who *occasionally* butted heads as kids but then went off to Ithaca College together.

Carole graduated from Ithaca in May and had Aquil two months later, so she was faced with building her career and raising her family from the jump. There were immediate challenges, but none of them were ever going to slow Carole down from going to nursing school and starting her career as a nurse just outside of Philadelphia.

She took on double shifts, worked a part-time job, and did it all while still being there for her family. She made no excuses and no compromises for what mattered most. She kept that fighting spirit the whole way through life as a young mother to now with three accomplished sons and three grandchildren she loves more than anything in the world.

Carole is too proud to take any of the credit, and she’s far too humble to brag about her kids’ accomplishments. But the message they all want to share with her is just a big thank you for everything she has done for all of them.

Carole is a dedicated mother, sister and friend who is her family’s guiding light.

“I think we’d all say, ‘Thank you,'” Aquil said. “I don’t know where we’d be without you. Every family has twists and turns, but as twists and turns go, our lives were pretty smooth because she was the north star. You just kept going and doing what you do.”

“I knew from a very young age that you loved me, that she appreciated me,” Rashad said. “I wanted to say thank you for always being there, always providing support, no matter what form that came in, whether it was physical, emotional, monetary, whatever. She’s the most honest person I know, and any time in my life she’s given me advice, she’s always been right. I think that she’s the best mom in the world.”

“I would try to tell her to relax because she has done a great job up to this point raising us,” Ibraheim said. “She can finally feel like she can step back, even though I know she never will, relax and focus on herself. She deserves it. She’s been taking care of us her entire life. Now it’s time to live on her own terms.”

“I would say I love her very much,” Cheryl said. “I don’t know what my life would be without her.” 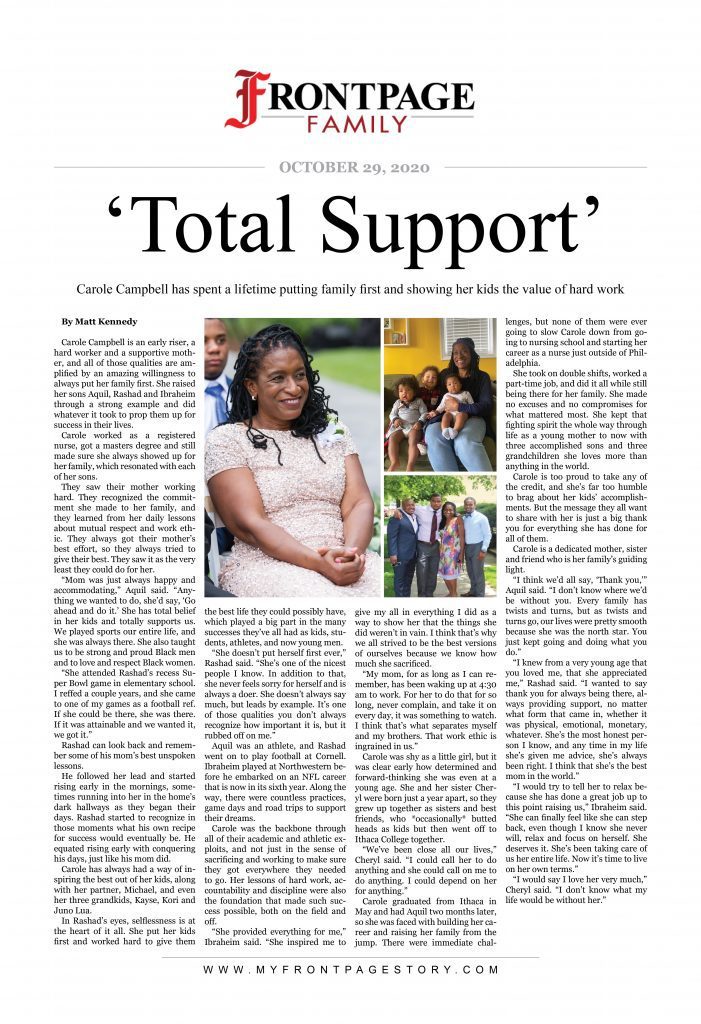