‘Unconditional Love’: Davida Carter is passionate, supportive and willing to do whatever it takes for her family to thrive 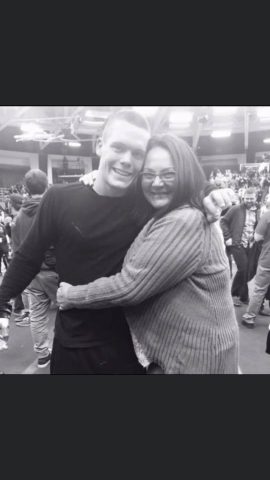 Davida Carter is a “boss woman” in her banking career and a passionate, supportive mother and grandmother in her home life. She is unafraid of a little hard work, is passionate about what she loves, and makes constant sacrifices for her daughters Reneé and Ashley, her son Andrew, and her grandkids Marcus (13), Jon (7), Finn (4), William (11) and Jewel (8 months).

“She pretty much does this all by herself,” Andrew said. “She is totally independent. She’s basically a boss woman. She works hard and is devoted basically to anything she does, whether it be family or work. She is passionate about what she does.”

Davida’s approach and her willingness to sacrifice set an incredible example to her kids, and it hasn’t stopped since her own children have gotten older. She plays a big role in Jewel’s life and is also behind a totally open adoption for Jon and Finn that keeps them close to the family. Davida also works to make sure Marcus has every opportunity possible growing up.

Of course, as a mom to Andrew, Renée and Ashley, Davida has always been a force who has found the time and energy to build a career for herself while also handling everything at home. For Andrew, that meant taking him all over the country to compete as a gymnast, which he did all the way through college.

Andrew’s dream wouldn’t have been possible without his mom’s tireless effort, which also goes for when he was injured in college and she helped him get back on his feet.

“She sacrificed for all of us,” Andrew said. “She was all-in.”

Davida is also “all-in” for her favorite rock bands and for checking out new concert venues. She’ll travel all over the country for a shot at seeing one of her favorite acts.

“She is a traveling fool for rock bands,” Andrew said. “She loves classic rock. Lynyrd Skynyrd, Bon Jovi, Eric Clapton, The Doors, anything she can go and see, she’s there to see it. She’ll travel anywhere to see them. She’s all over the place.”

The same passion shows at her position at Vystar Credit Union, where she created an investment division that now counts over a billion dollars in revenue and has over 30 financial advisors who report to her. Davida believed in that project and had to push to make that happen, so the success is a nice reflection of both her perseverance and her abilities.

In some form or another, Davida’s passion, drive and selflessness show up in all parts of her life. She has scratched and clawed as a mother, and now as a grandmother, to help her children and grandchildren get opportunities in life, and she shows no signs of slowing down.

Davida has made a difference in the lives of every single person in her family, and the way Andrew sees is it, she has channeled her love through her passion and commitment. Davida has never demanded her kids to be perfect, nor did she ever hold anything against them. Her love for them showed no matter what.

“As the years go on and we all move onto new adventures in our life, the one thing that is always consistent and will never change is your unconditional love,” Andrew said. 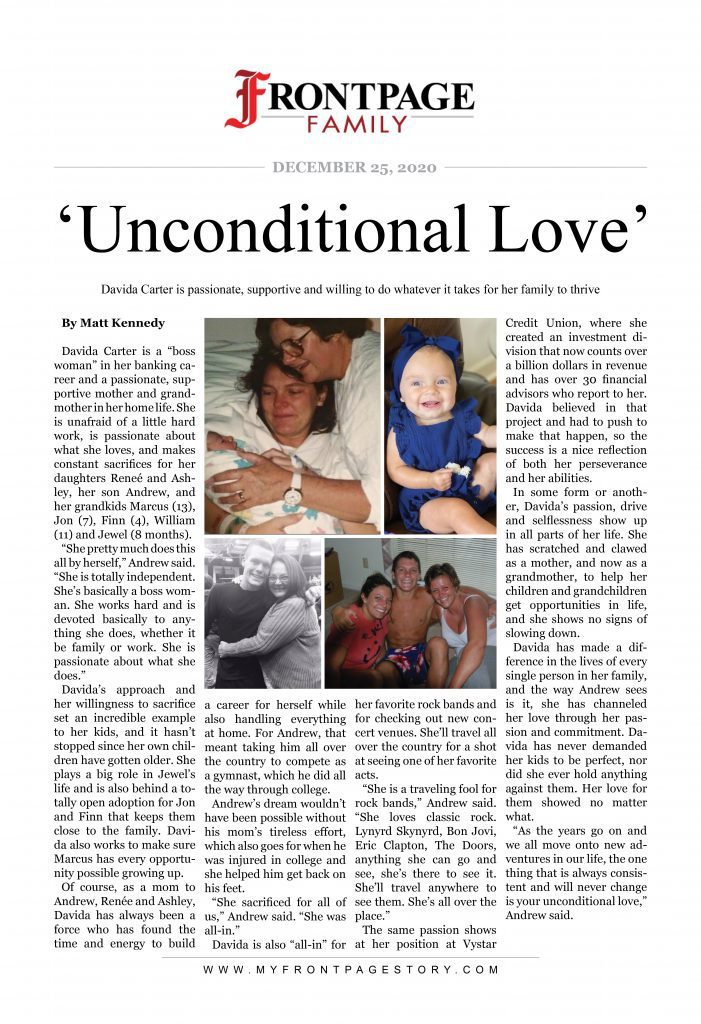