‘We Love Her’: For her family, fun-loving grandma Elizabeth Sterling would make any sacrifice 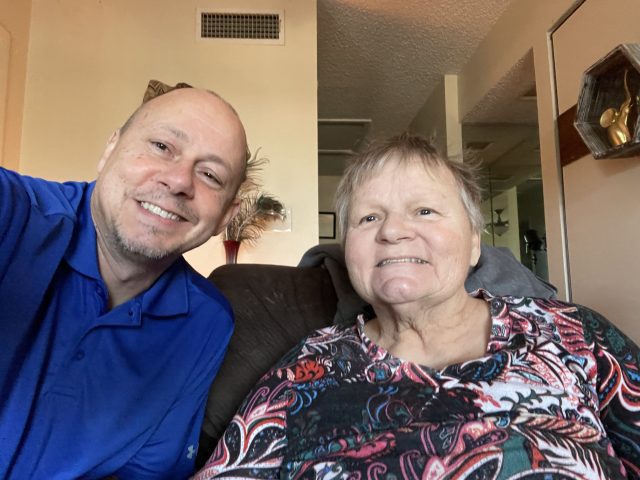 There’s a lot to adore about Elizabeth Sterling.

She’s the fun grandma who spoiled the kids with ice cream for breakfast and fits of laughter throughout the day. You could call her a lovable klutz who once performed a pirouette in a bar while holding a cane and — of course — fell to the ground.

Then there’s her sharp wit and a sense of humor that can veer toward the inappropriate.

But if Elizabeth’s children and grandchildren had to pick one reason they cherish her so much, it’s probably this: She would do absolutely anything to make her family a happy one.

When her sons, Demian and Drey, were young, Elizabeth delayed pursuing her education to make ends meet as a single mother. And despite her hard work away from home, she still went above and beyond to supply her kids with fun meals, supportive conversations or rides wherever they needed to go.

“She sacrificed so much to raise us, putting her career on hold and devoting her life to her kids as a single mom,” Drey said. “She always made time for us. She’d do extra things. She’d make cookies and cakes and make plans for us to make the most of things even though we didn’t have a lot of money.”

Don’t mistake her commitment to motherhood as a lack of motivation away from home, though. Elizabeth kept grinding toward a college degree, taking three credits here or six credits there. As the family moved, she’d find new places to continue her studies.

She earned her degree in her 40s and became a driven and successful worker in the IT field. Her work ethic, much like her love and generosity, rubbed off on the children.

“It was hard for us as kids to not do our homework or not do extra chores when she works a full-time job, comes home to feed us and then basically spends her free time trying to get a degree, chugging away at three hours or six hours a semester,” Drey said.

The passion for family has followed Elizabeth throughout her life. A few years after she became “Maw Maw” with the arrival of grandkids Paige and Courtney, Elizabeth uprooted herself again to move away from San Francisco and be near the young ones.

Drey and his wife, Amy, struggled at times during Christmas to afford expensive gifts or conjure up the same level of inventive ideas as Elizabeth always did. Being the fun and creative grandma she is, Elizabeth would step in as “Assistant Santa” to deliver the most memorable holidays.

Even now, with Paige and Courtney in their 20s, Elizabeth is often offering up money to her grandkids, doting on them the same way she would when she threw pizza parties years ago.

Elizabeth has two dogs and she loves adventure. She’s also a karaoke singer who belted out a tune at Drey’s wedding. All of this is to say that she’s the type of person who knows how to enjoy her retirement.

But no matter what activities she has planned or what wisecrack slips out of her mouth, there’s one thing that’s always on her heart: family.

“She’s so important to me and to us,” Drey said. “I want her to know how much we’re always thinking about her, how much we admire her. We love her.” 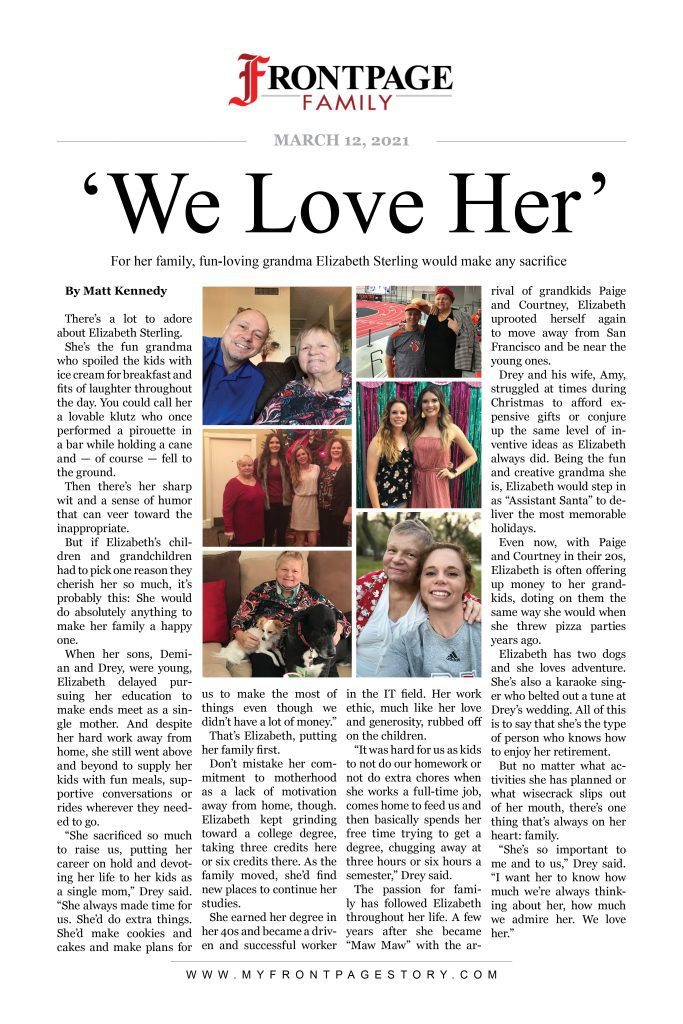