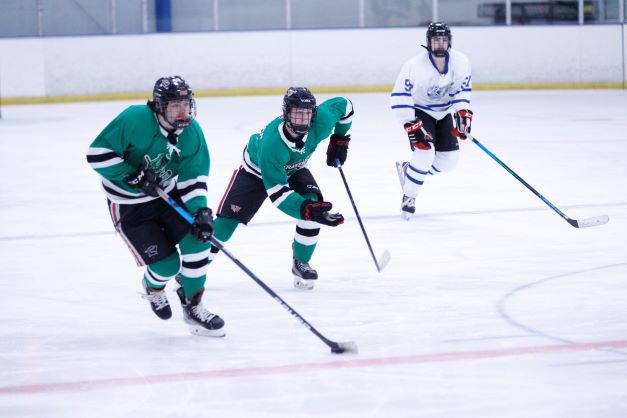 There are many different ways that players can earn their captainship in youth hockey.

For the Keystone Kraken, the players are the ones who vote for the player who gets to wear that C on their chest every game, so there was no questioning what senior Neal Cudahy means to this team.

He is the heart and soul of the Kraken, and every player on the team looks up to him, from the freshmen to the seniors. They know they can count on him day in and day out, and they seemingly made the right decision in making him the captain.

“It means a lot to wear that C on my chest,” Cudahy said. “I get to represent a lot of guys, the coaches and the roster. I was really happy I was picked for it, and it showed the team also thinks of me as that leader. It made me want to perform the way they expect me to on and off the ice.”

And perform he did. The top line center from Trinity was third on the team in regular season points, but more than that, he has been a leader in practices as well.

Cudahy is an ambitious player who the coaches know they can count on. It does not matter if it is practice or the real game, Cudahy is going to put forth maximum effort no matter what.

“The biggest thing is just his ambition and his love of the game, to be able to go out and play the game he loves,” his coach, Wayne Cerzullo, said. “He gives 100 percent all the time, even in practice. He’s also just a great asset to us coaches.”

Players like Cudahy do not come around very often, and Cerzullo knows how fortunate his team has been to have Cudahy’s leadership this year.

One of the things that makes the Kraken a unique team is the fact that they are composed of players from all different high schools in the area. A team like that can be immensely more difficult to mesh together, but with Cudahy’s leadership, Cerzullo knew it would be possible from the start of the season.

“Neal is a great person,” Cerzullo said. “He gets along with the guys, and they can relate to him. He can make that transition from coaches to players, and can help out the newer players. He really helped with them this year and with what the players wanted to do on the ice.”

Cudahy made the coaching staff’s job a lot easier this year, and he is a player that can truly fit the mold of any team. Cerzullo is in his first year coaching the Kraken, so being part of a new system can cause growing pains, but Cudahy has helped create a great chemistry with his linemates and all his teammates as a whole.

Playing on a team with players from different high schools can seemingly cause riffs as well, but Cudahy speaks very highly of his teammates. He knows they are just a bunch of guys from around the same area who want to play the game they all love.

“It is one of the most uniform teams I have been on where everyone is committed,” Cudahy said. “To be a Kraken with all these other schools, it’s like one big team. Even though we are from a similar region, we get to make new friends with people we might not have known before. It feels good to be a Kraken.”

Being part of a team like this is an opportunity that does not come around too often, and being the captain and the leader of the ship makes it all the more exciting and special.

Cudahy has been playing hockey since he was 5 years old, and now he has been nominated for the CPIHL Justin Yingling Memorial Award. He is one of three finalists for the regional award, and while just being nominated is a true honor and testament to his level of play on and off the ice, winning the award would be a great way to cap off his successful career.

“I would say it feels good to be nominated for this award,” Cudahy said. “It’s kind of natural for me to be part of the team and be involved. It makes the team better when they all blend together, and that’s what happened with our team this year.”

While the award speaks more to Cudahy as a player, he knows he would not have had the chance to win this award if not for his supportive coaching staff, his animosity-free team and his parents who have supported him and taken him to many games throughout his 13-year career.

Cudahy knows any of the three finalists are deserving of the award, as it speaks to their hard work on and off the ice, but he would love to personally end his youth career on a high note by winning the 2022 Justin Yingling Award, and his coach would love to see him to the same. 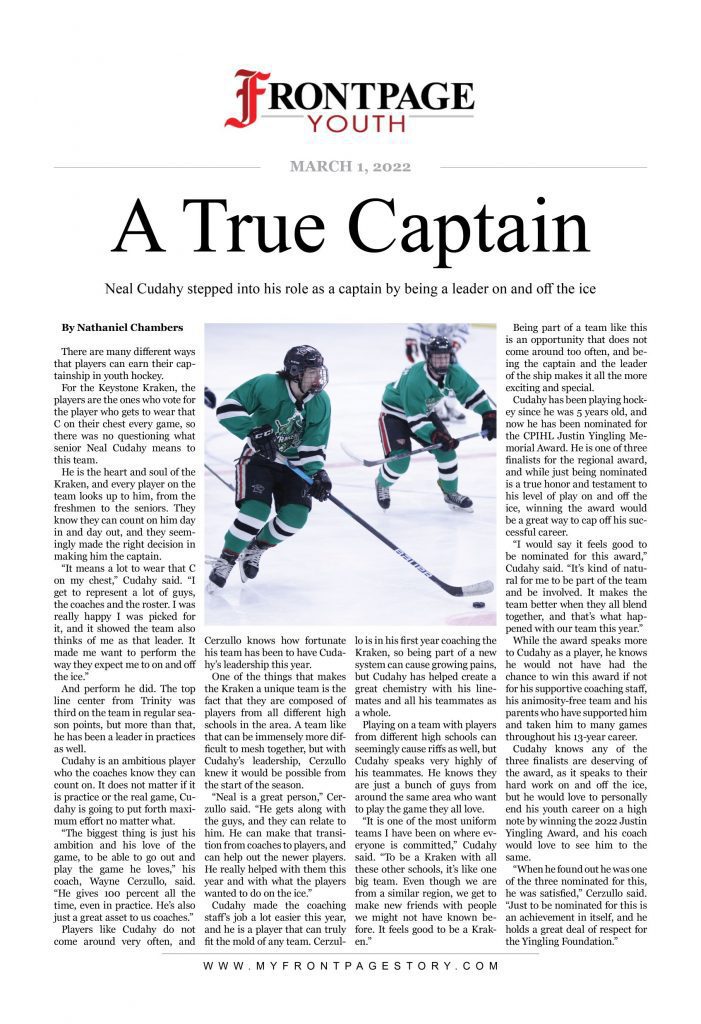 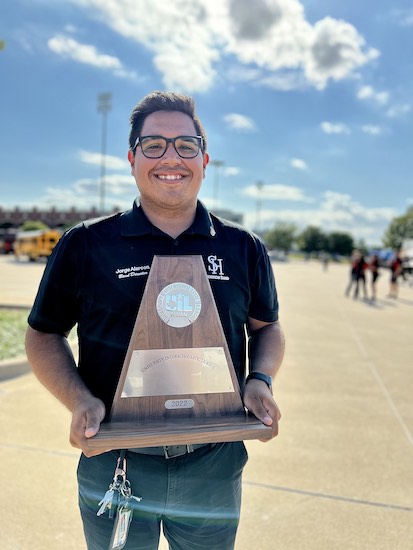