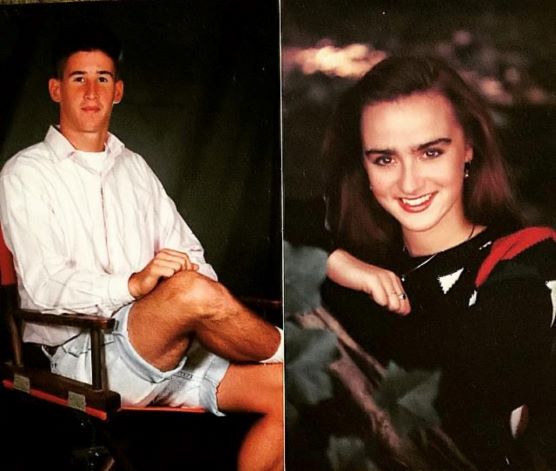 At least that’s true for Wade and Tobi Bassett.

After “stupidly” breaking up with Tobi in middle school via a handwritten note, Wade found his way back to her 26 years later, and the rest is history.

Wade’s seventh grade self couldn’t imagine that the two would now be together for 10 years and married for 8, but he will be forever grateful for their reconnection and for the time they’ve spent together thus far.

Back in middle school, Wade knew Tobi was special. And today, his love grows more for her each and every day.

The thing Wade admires most about Tobi is her patience and her sweet, caring nature. He says that her ability to be kind all of the time is unmatched.

That’s especially what Wade loves about who she is as a mother as well. Raising the children, he says her listening skills and patience contribute to how tremendous of a mother she is.

For Tobi, family is number one.

She is an “impeccable partner,” she is “constantly thinking of others,” and she “gives everyone the benefit of the doubt,” Wade said.

One of his favorite memories was their wedding day.

Not only was marrying the love of his life at his late father’s grave site incredibly special to him, but he loved that Tobi could have her best friend Becky minister the ceremony.

Between those two aspects, it was an exceptionally personal and momentous celebration for the two.

Since then, they have been spending a life of happiness together. Every day, Wade appreciates her radiating love.

From traveling and camping to everyday activities such as karaoke, Wade and Tobi always have fun together.

One particularly fun memory that Wade reminisces on is road tripping to Seattle with Tobi.

During their trip on the road, Wade made up a story about a hitchhiker that they pretended to pick up. Wade said that the story was about Mt St. Helens and lava that “spewed” everywhere.

To both of them, it was a hilarious memory that they still laugh about today.

Above all, Tobi is an incredible person, Wade said. “She is my filter, my voice of reason, soul mate.”

Tobi is the most selfless person Wade has ever met and he admires her ability to never take anything for granted.

She is Wade’s better half; she completes him. Without Tobi by his side, he wouldn’t be the person that he is today.

“She means the absolute world to me. Without her love and understanding, I could have never accomplished the things that we have together.” – Wade 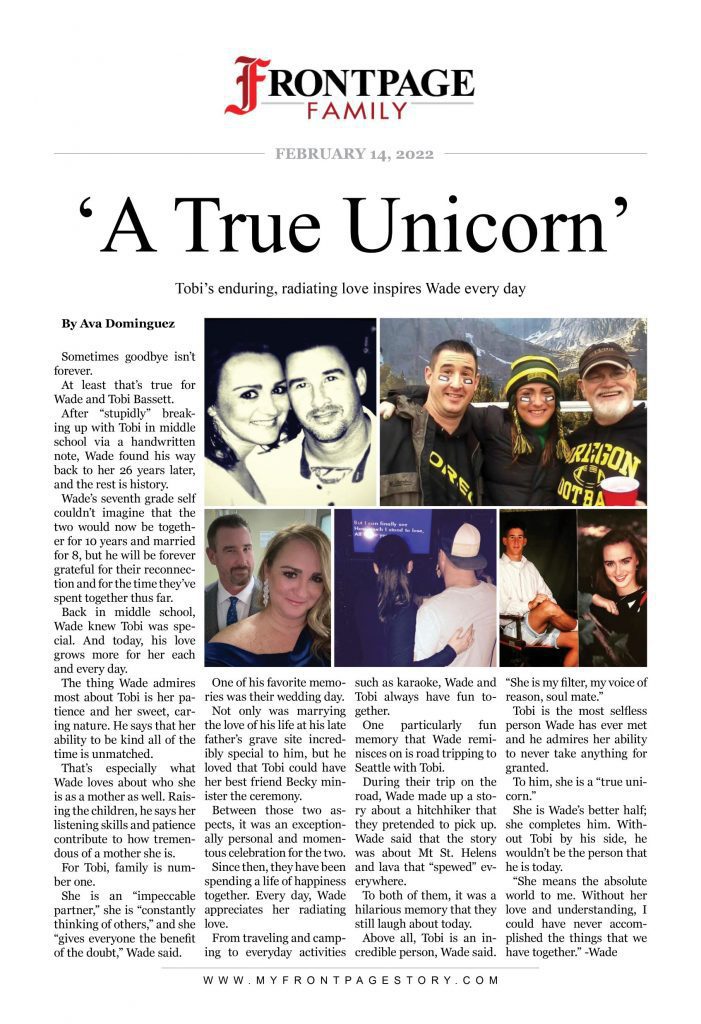