‘Bright & Radiant’: This is exactly how the future is looking for this couple 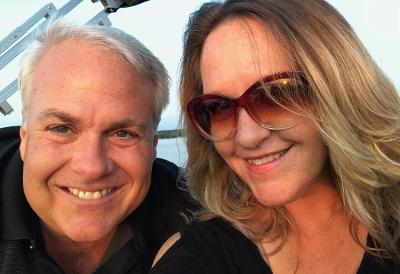 Alysia Van Camp is Keith Podges best friend, and he cannot wait to marry her.

From the moment Keith met Alysia, he knew there was something special about her, and being with her all this time just confirms that he is with the most amazing person he has ever met.

“The moment I laid eyes on her, she had this smile that was just my type,” Keith said. “She looked radiant and other people called her bubbly. I heard that she had never said anything negative. She’s also an artist, so she has that kind of artist spirit. She has a creative soul and great outward looks. She was just my type.”

When Keith first met Alysia, he was immediately drawn to her personality and her character. She is such a kind spirit and an amazing soul, and he knows that she is someone who is not going to ever say anything bad about anyone.

She has a creative mind and is just a very generally happy person, and Keith has seen that on full display every single day. There is a realness and a genuineness with her, and what you see is what you get.

“When I got to meet her, I got to see that same spirit that she projected on social media,” Keith said. “It’s been great. We’ve been learning so much about each other. We have had two or three years’ worth of time together in our first year, as we are around each other 24/7, both inside and outside the workplace.”

For Keith and Alysia, maybe the most interesting fact about their entire relationship is the fact that they grew up together and did not even know it. When they were back in lower education, they went to the same school and grew up around the same area. However, it was not until they were in their early 50s that they got to know each other.

Keith happened to be scrolling through Facebook one day and the rest is history.

“She’s like my soulmate,” he said. “I don’t even know where to begin. She’s kind, sweet, thoughtful and loving. I had to chase her for quite a while. We grew up literally one mile from each other but didn’t know each other until three years ago. We even walked in the same circles.”

While there’s times where Keith wishes they knew each other earlier in life, he knows that the timing of them meeting now was just so much better, and they both know that God brought them together. They have both gone through some trials and tribulations, and reassuring their faith and being patient for the right person to come their way was important.

They know that Christ is at the center of their relationship, and it truly makes a huge difference.

“Her faith has really pulled her through some difficult times,” Keith said. “With Jesus Christ, we have learned to be patient and trust in Him. We have learned how to deal with grief and things that are beyond your control. From her, I have also learned to not judge other people based on what you see. Have tolerance, patience and understanding. Let the negative things be addressed, compartmentalized and be put away. Enjoy life. It’s short, so enjoy time with family. She’s just really grounded in faith and in herself.”

Being with Alysia makes all the difference in the world to Keith. She brings him so much joy and comfort, but she also brings him a sense of stability. He knows that he would not be the same man he is today without her in his life.

“She’s just such a positive person,” he said. “Everybody adores her. She’s in culinary school and has a 4.0 and is the head of her class. If we go to a restaurant, she talks to the staff. Everywhere we go, people want to hire her. She has positivity, a great smile and a great laugh.”

Alysia is just a great person to be around, and Keith feels blessed that he gets to be around her every single day for the rest of their lives. He is looking forward to building a future with her, and he cannot wait to see what all is in store for them.

“I thank God every day that she has come into my life,” he said. “She has made everything better. I have never been happier because of her. I look forward to spending the rest of my days with her. Life is always an adventure with Alysia, and I have a lot of optimism for the future together. Our future is bright and radiant. I am looking forward to experiencing everything with her.” 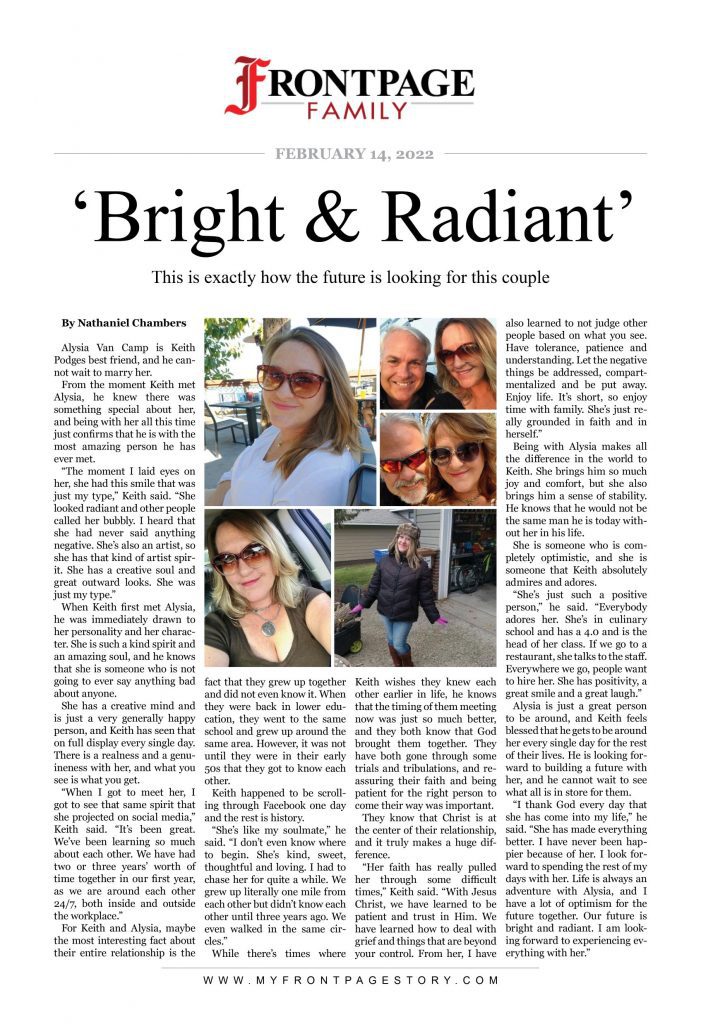