‘Follow The Signs’: It is clear this couple was meant to be, and their love for one another and their son does not waver 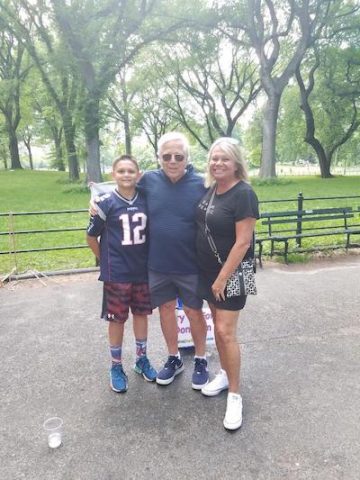 Sometimes, the signs life is giving you are too big to miss.

When Brett first met his wife of 20 years, Lori, there were so many signs pointing them toward being with one another, and he knows that their similar future plans played a big part in them being together to this very day.

“When I first met her, I could not believe how many things we had in common, despite us being different,” Brett said. “As far as what we wanted out of life, I was amazed. She was my best friend, and I could just say at the time that this is my future partner. Our future plans have always been so alike. She is also the best cook I have ever met.”

Having the same outlook on life is always important, and this is what has helped Brett and Lori stay happy with one another for so long.

Brett has also had the amazing opportunity to see his wife grow as a mother, and it is one of the greatest things he has ever had the opportunity to witness. Lori cares so much for Cole (15), and despite him being at the age where boys start to distance themselves from their mothers, Lori does not let that stop her from showing Cole endless love and support daily.

“She’s so engaged with him,” Brett said. “In sports, she’s always been there and supports him. She makes sure she knows the coaches. At the end of the season, she is a motivator for the following season. She also gets into his schoology, making sure she is knowing his homework assignments and making sure he is keeping up with it.”

Lori is always engaged in their son’s life, and she is always making sure that he is keeping up with his scholastics and athletics. When she takes him to practice, she stays there and watches. She has also done things like surprise him with a treadmill that she acquired from a neighbor who replaced it with an elliptical due to sore knees, showing that she is always doing what she can to keep him happy.

On top of being a great mother and wife, however, Lori is also a very engaged, caring, genuine friend. She is always there for the people all around her, and she has such a true sense of selflessness.

“She’s just so open and friendly,” Brett said. “She can be vulnerable too. She wears everything on her sleeve, from her emotions to everything in between. Lori will jump right into a conversation as well, as she has a keen ability to know what everyone is talking about. She’s just very fun and she is also very proactive in setting up things.”

There is no wonder why Brett loves and appreciates Lori so much, and he is grateful every day to be married to such a wonderful woman.

Saying ‘I do’ 20 years ago was arguably the best decision he has ever made, and it is the moment his life changed forever… for the better.

“Lori has a big heart and does many nice things for people,” Brett said. “She’s always cooking and helping when neighbors are recovering from illness, injury or surgery. Her son’s friends loved coming over as they were treated to good food or treats. Lori is a social planner, but always ends up outworking all the attendees with both preparation and cleanup.” 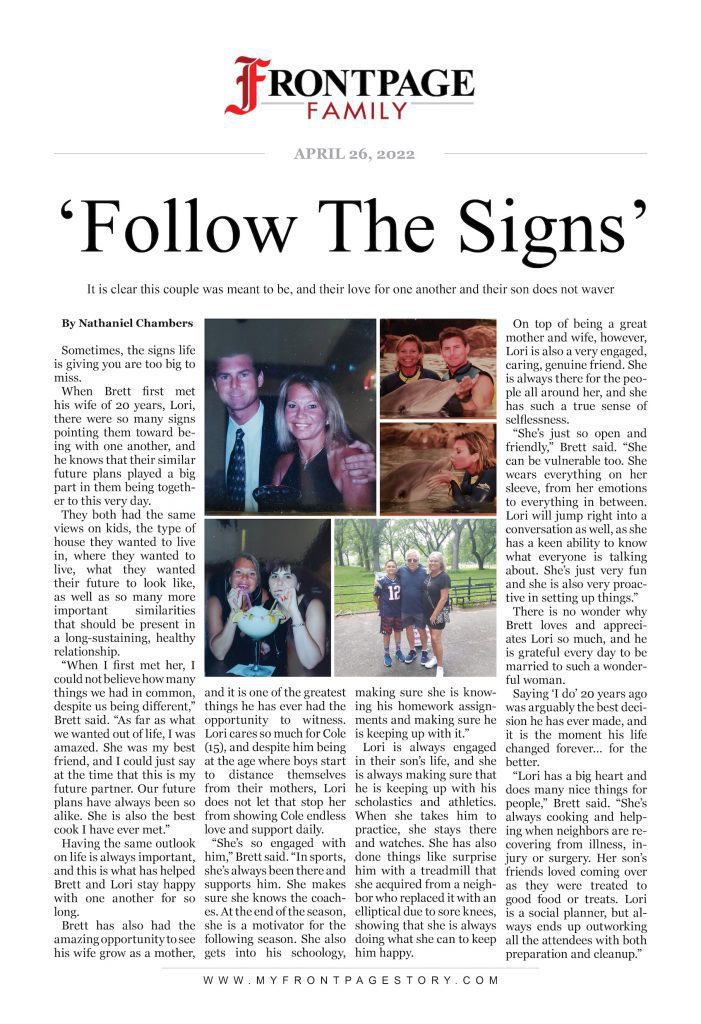