18 Years & Counting: Kimberly Strickland has laid the foundation for her family by putting her faith first in every situation 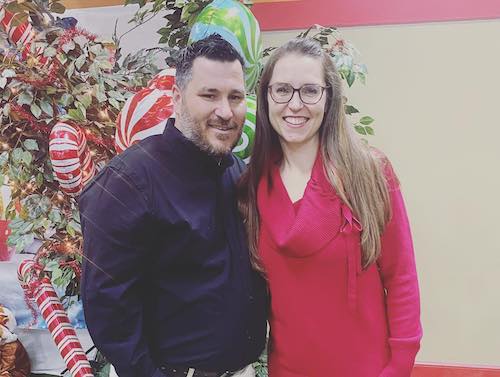 Mike and Kimberly Strickland have been together for 18 years.

It’s been 18 years of laughter, love and joy. There have also been some trials and tribulations in those 18 years. But what is most important is the fact that they have stuck by each other’s side through all of life’s ups and downs, and that is something that is truly commendable.

“What’s the key to being married for 18 years? We actually like each other,” Mike said. “Love is important, but like is more important. Love is emotional, but like is a best friend type of thing. It’s about all the little things too, like not going to bed angry. And always trying to put the other person first. The keys she does really well are why we have been able to make marriage last for so long.”

Mike both likes and loves his wife unconditionally, and for good reason. Not only does she like and love him unconditionally as well, but she has such an amazing personality and is a God-fearing woman, which is something that he holds very near and dear to his heart. He has always held his faith in high regard, and it has become a vital part of their family lives as well.

“Faith is central to everything we do as a family,” Mike said. “She sets the tone for the family. Especially when it comes to doing the little things that prove that her faith is real. She is an early riser with her devotional time. Kim is a woman of faith and has the ability to always put God first. She leads in all categories at home.”

Seeing how much Kimberly cherishes her relationship with her Savior is something that Mike absolutely admires about her.

He also admires just how great of a mother his wife is as well. She puts Katrien, Kiera and Marshall first in every situation, and she has always been their number one supporter.

“She’s always available to them,” Mike said. “For them, they know if they need mom, she is going to be there. They know. They appreciate that about Kim. The kids can rest knowing that their mom is always going to be there for them. It’s good to never have to wonder about that.”

It’s also good to never have to wonder about where you stand with your wife. This is how Mike feels on a daily basis, as he knows Kimberly has proven over and over that she will always be there for him. She is always going to be his number one supporter, and his “forever girlfriend” means the world to him for good reason.

She has also taught him many things along the way, and these things he has learned makes him appreciate his wife all the more.

These are all things he has learned because he has taken after his wife in so many ways. Kimberly is not only a role model to the kids, but to him as well, and Mike knows he is constantly growing because of her.

Mike loves, likes and appreciates Kimberly for so many reasons, and for that he wants to remind her every day that she is admired. She is worthy of being celebrated every day, and she is his why. 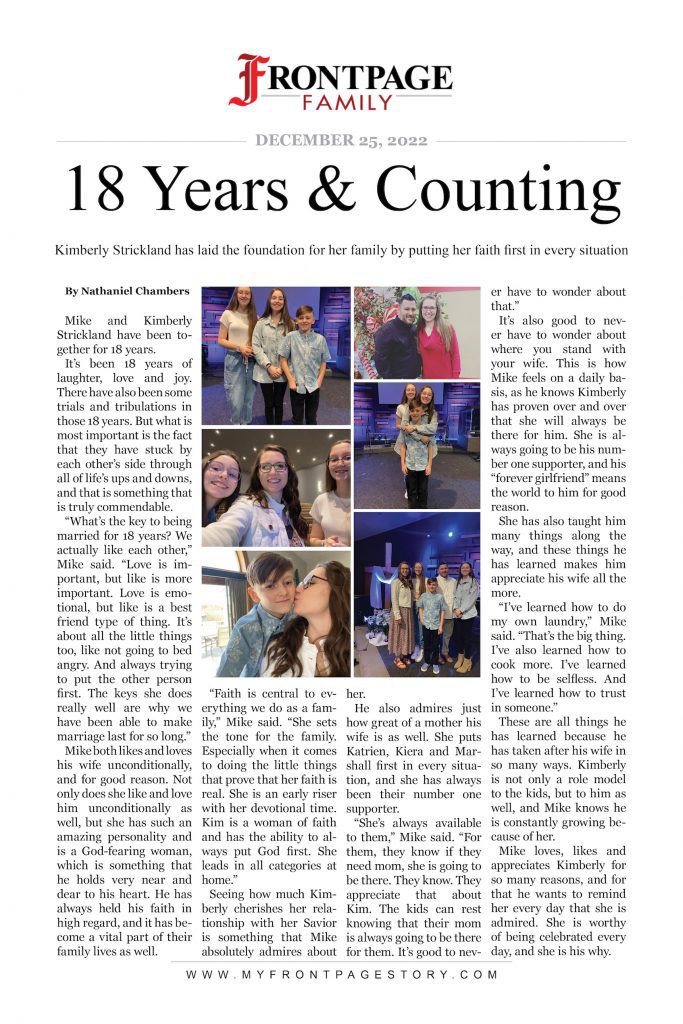