Always There: Danielle Schloffman is automatic when it comes to supporting her family and putting them first 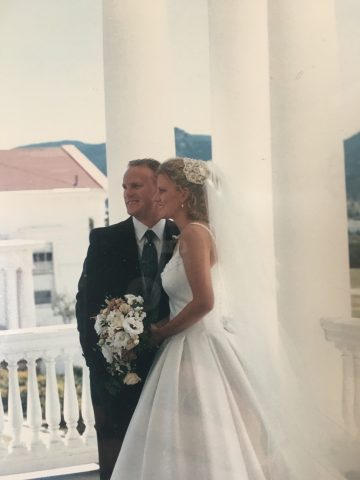 Scott Schloffman doesn’t know this for a fact, but he suspects Danielle might have been extra thoughtful of his feelings when she first asked him out.

They had gotten to know each other through a group of mutual friends, but when Danielle pitched the idea of country dancing together, she had to have known it was something he loved. If so, she made a choice to meet him where he was comfortable.

The fact Danielle asked him out at all came as a surprise to Scott.

He had certainly noticed Danielle, but he admits he was too oblivious to grasp that she could be interested in him. Scott also might have gotten a little carried away at the Grizzly Rose on their first date because Danielle came out of it unsure of a second.

“Maybe it wasn’t all that much of an impression by me,” Scott said.

Thankfully, Danielle gave him another shot.

Scott managed to make a better impression on a rollerblading date, and they started building the foundation that led them to where they are today. Scott and Danielle are now in their 22nd year of marriage with a son, Corey (17) and a daughter, Megan (14).

The kind-hearted soul who was extra considerate to Scott now has an even longer track record of putting him and the kids first.

“She is just so loving and caring,” Scott said. “Everything she does is for everyone else and she doesn’t do anything for herself. She’s constantly looking at the kids’ grades, their schoolwork or scheduling doctors appointments. She takes care of everything.”

The same attentiveness that makes Danielle such an unbelievable mother and wife also allows her to shine as a nurse. That’s been no easy task under the current circumstances through a pandemic, but she works hard and puts in long days in service of others.

Corey and Megan feel that, too, in the form of unconditional love and support through their new array of teen challenges.

Scott loves the fact that Danielle has emerged as a mother and leader whom the kids respect enough to willingly share their troubles with her. Danielle builds trust and is thoughtful in her responses, even when the kids slip up.

“She is just such a good listener and she is very sympathetic,” Scott said. “She’s very empathetic. She’s always giving good advice and coaching them. She has a wonderful relationship with the kids and myself. She’s never judgmental.”

Because she’s so automatic and willingly takes on so much in support of her family, Danielle probably doesn’t get the credit she deserves at home. Nor does she really want it, but Scott knows how instrumental she is to running their home and guiding their children.

He appreciates all of it, and he kicks himself sometimes for realizing that maybe he takes it for granted. The kids feel the same way, with so much love and gratitude for the woman who is there for them without fail.

“I’m probably not the best at telling her how much the kids and I appreciate her,” Scott said. “We probably don’t show it enough, but we love her and appreciate knowing that, no matter what it is, we just know she’s going to take care of it.” 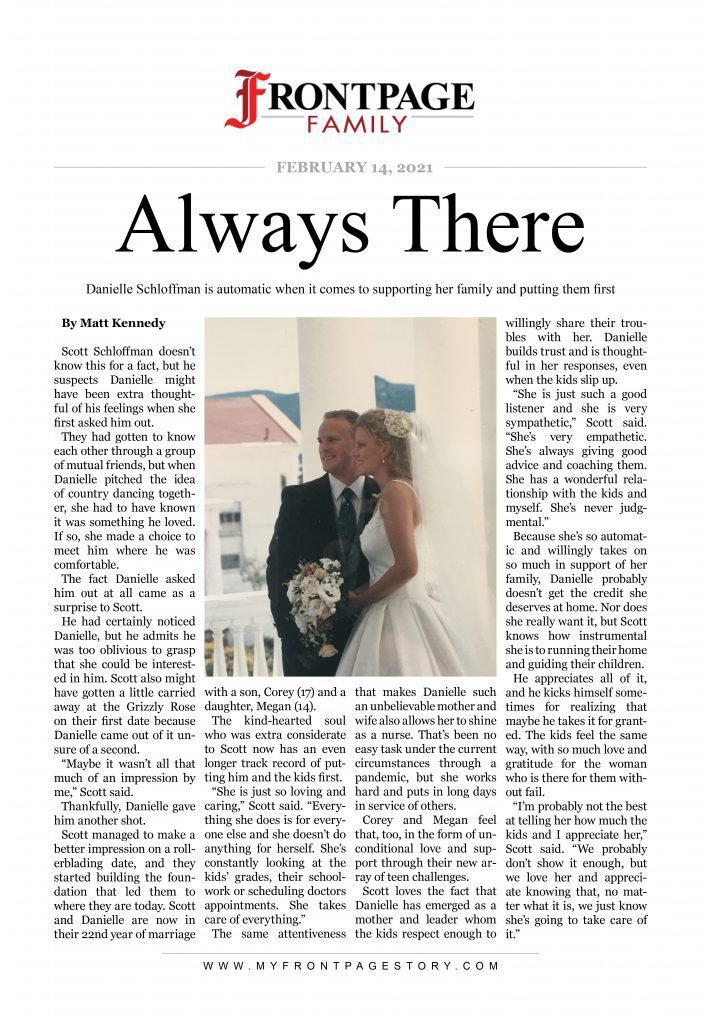