‘Great Mom’: Christy Fjellman is the perfect wife in Josh’s eyes and a loving mother who always puts her family first 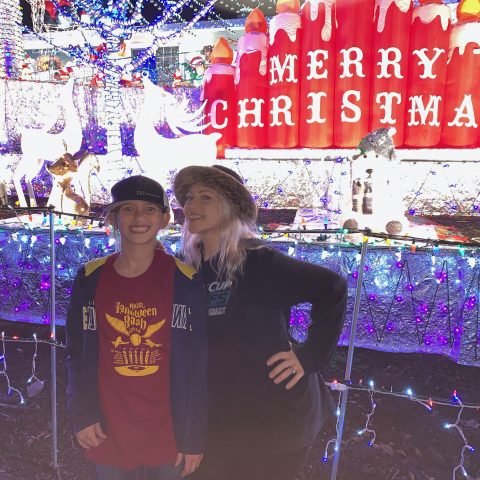 Josh Fjellman decided he was just going to go for it. First date or not, Christy was coming to Thanksgiving dinner, meeting his family and getting a quick introduction to their relationship. If she was truly the one for him, which he believed might be the case at the time, she would handle the situation and stick with him on the other side.

Josh had gotten to know Christy through a bowling league when he popped the question about Thanksgiving. He didn’t know it at that moment, but Christy was considering moving back to Southern California, and she very well might have followed through with it had he not made the request. It was perfect timing for a most unique first date.

“We were still just kind of trying to see what we were all about,” Josh said. “I thought, ‘Let’s see if she’s going to like my family or not.’ At first, she was definitely hesitant, but I guess she was like, ‘I really like this dude. I’m going to give it a shot.'”

Christy and Josh both figured they had nothing to lose and everything to gain. They took a major step that day and, oddly enough, saved the rougher date for the next one. They had a nice dinner, but it was their 2 a.m. decision to go check out the ocean where things got bumpy.

It was a foggy night on the Pacific, and they had no idea the treachery that was coming their way.

“A rogue wave almost got us, and we had to run away from it,” Josh said with a laugh.

One family holiday and one near-death experience was all it took to get Josh and Christy on the road toward marriage and a family. They have a 2-month-old son, Chase, and they love spending time with Josh’s 10-year-old daughter, Lily.

Josh has always believed himself to be a good dad to both kids, but with Christy, she keeps bringing out even more in him. That applies to many areas of life, but especially when it comes to being there for his family. These are the days, Christy reminds Josh, he will never get back.

“I definitely feel like I’ve become a better dad,” Josh said. “Instead of being more involved with my own stuff, I’m into spending more time with them. I’m more aware that this is short and valuable time and I need to make it all count.”

That’s the kind of eye-opening presence Christy has been in Josh’s life, and maybe that’s what he expected when she passed his Thanksgiving test. Even so, Christy has been everything Josh hoped she would be then, and so much more.

Life isn’t perfect and the challenges are constant, but Josh knows that as long as they stick together, their whole family is going to be OK.

“I hope she knows that, through all the ups and downs, no matter what, I love her just as much as when I first met her, if not more,” Josh said. “Even though not everybody shows it, she is appreciated as a wife, a perfect stepmom and a great mom.” 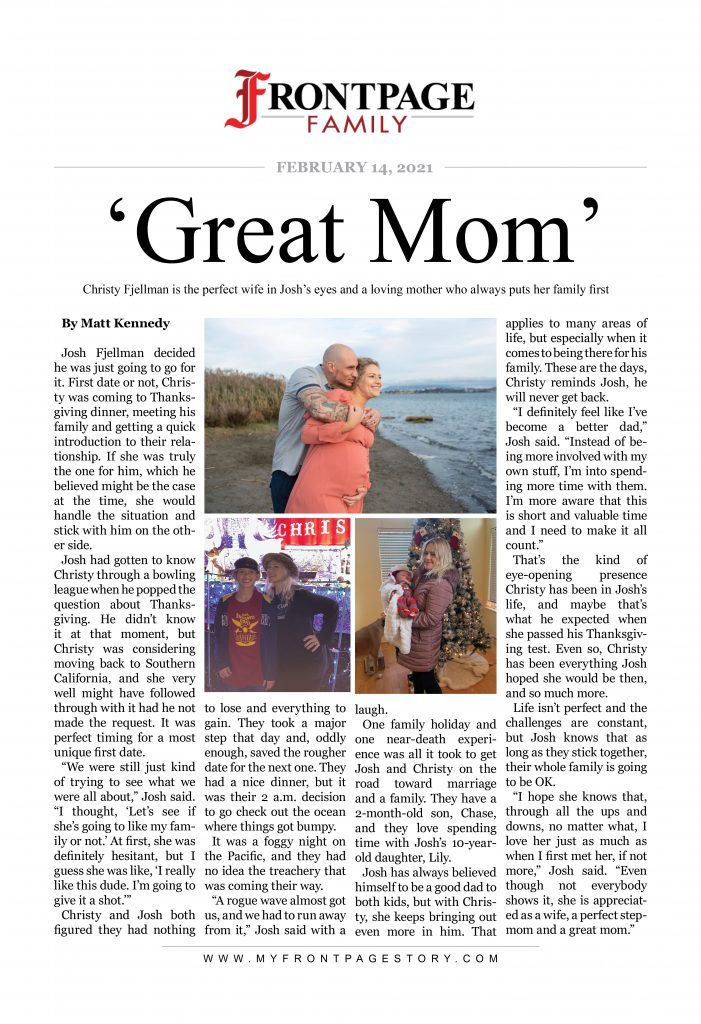