‘Kind Heart’: Alexandra Carnahan is a loving mother and wife who has a flair for grand gestures and pranks 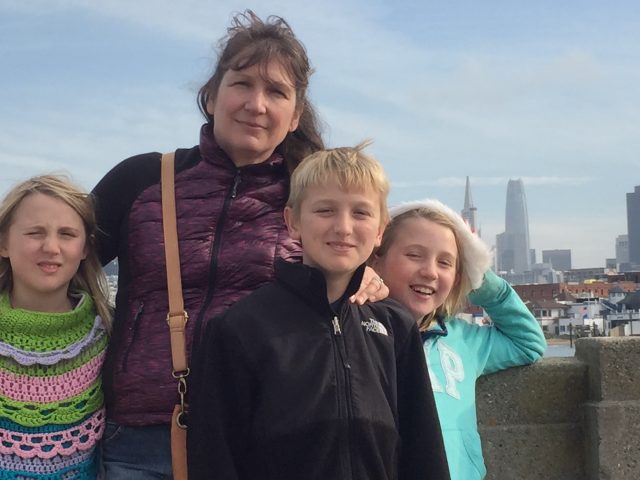 Life for Alexandra Carnahan is not a chore but a series of experiences, and she intends to make every single one of them grand.

Whether it’s an elaborate prank on her husband, Glenn, or relentless dedication to her kids, Graham, Ruby and Laurel, Alexandra is always primed to give 100% herself to whatever she does. Her combination of compassion and desire for excellence is one of the things Glenn loves most about her, and it’s what drives her to excel as a mother, wife and friend.

“She’s got a fantastic personality,” he said. “She’s got a style about her that just is top-notch quality. She’s very outgoing — I always say she can sell ice to eskimos — but she’s also very personable and fearless in terms of talking to people or knocking on doors. People respect and look up to her, and she’s got a very kind heart.”

Glenn says Graham, Ruby and Laurel all got the “Disneyland Experience” as kids because of the way Alexandra worked to make their childhoods great. She supports them and is there for them in every motherly way imaginable. She also makes a genuine effort to create unforgettable moments along the way.

That showed up in their clothes, the whimsy of a popcorn maker and a projector for an outdoor movie night and many, many other gestures. Their home is full of fun and love, and Alexandra’s presence is a big part of that tone being set. It’s all fun and games, but with a key underlying message about joy and love.

“She’s helped me become more empathetic and more understanding,” Glenn said. “She’s got such a big heart and I’ve always been more the analytical type. She’s helped me feel and sense what others are feeling.”

That part of Alexandra’s personality was evident to Glenn when they first met and she showed up to mutual friends’ party in long johns after working in the garden. They spoke briefly there, but it was just long enough for Glenn to get Alexandra’s number and set up a group paddle on the bay, where he finally thought they would be able to get to know each other a little better.

A flipped kayak altered the course of that conversation after about two minutes, which Glenn likes to say went from a “social party” to a “rescue party.” But Alexandra ended up visiting two weeks later, and they had a great time that propelled them into dating and, eventually, their marriage on March 11, 2006.

That happy day was perhaps the biggest, most unbelievable prank that either of them has ever pulled on the other. When the minister asked if anyone objected, Alexandra had actors from the local “Lion King” production jump into a performance that was as breathtaking as it was shocking.

“I stood there the whole time, mouth agape, and realized, ‘OK, game on,'” Glenn said.

Glenn is very much losing that game — “I’m just trying to stay close,” he says — but he and his family are also winning at life because of everything Alexandra does. Rare is the woman who can mix that type of humor with genuine substance and care for others.

Life has been a blast for 15-plus years and counting, but it has also been more amazing and fulfilling than Glenn ever could have imagined it would be. He credits Alexandra for so much of that and for making their family the happy and loving unit it is today.

Amazingly, he still believes the best is to come.

“The journey we’ve been on has been great, and I’m looking forward to the road ahead,” Glenn said.