‘Meant To Be’: Matt believes that God brought his wife to him, and he is thankful he did 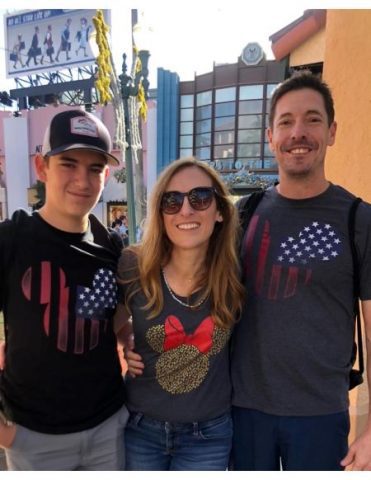 For Matt Lovett, there has never been any doubt in his mind who he was supposed to be with.

From the moment he saw her at Green Acres Day Care in red Umbro shorts and a green Mickey Mouse shirt as she prepared to take his job, Matt saw something in Myra that he had never seen before in any other woman. Almost 25 years later, he loves her now more than ever.

“We are absolutely best friends,” he said. “I’ve fell in love with her only a couple of weeks after I met her. She’s my consummate cheerleader; she’s my support system, my steady constant, and someone I can’t imagine living without.”

Myra is the most meaningful person in Matt’s life, and he knows that he can always count on her to be there, and he is grateful for everything she has done for him.

He is also grateful for the relationship between Myra and their son Silas. Matt knows that Silas has the most nurturing, loving mother and role model he could ever ask for.

“I always Silas that his mom is his biggest fan,” Matt said. “Regardless of the activity or task, she is always there to cheer him on, yell his name, encourage him and offer sage advice… even if she has no idea how to swing a golf club.”

No matter what it is, Myra is always willing to try new things and even embarrass herself to help bring the most joy and love to her son imaginable. If not for Silas, she never would have started snow skiing. She cares about Silas more than anything, and she is someone who is always going to be in her son’s corner.

Myra is a family-first person who is always doing whatever she can to spend time with her boys, and make their lives better and more enjoyable. Matt is beyond grateful for the memories, the little moments and everything in between.

“She and I like little lunch dates,” he said. “We enjoy coffee together and sharing about our days. We work at the same place, but we certainly have different experiences, so it’s interesting to know what the other is up to. We also love getting away for weekends, having impromptu date nights, or finding a good series to watch on TV. She also loves to sit back and watch me cook for her.”

Myra’s emphasis on family is unlike anything Matt had ever experienced growing up, and he is glad that he gets to experience all these special moments with her. Myra is also someone with myriad amazing traits, and her personality is truly one-of-a-kind.

“She is calm, steady and patient,” Matt said. “She rarely gets angry or loses her cool with others. She is not led by her emotions as I often am, but instead is full of faith and hope. She is no doubt the heart of our home and the Lovett family.”

“Myra is very much an optimist, always looking for the good and the silver lining,” Matt said. “She is a strong person of faith, constantly thinking good things and speaking positive. She reminds people that things will always get better, and that their future is bright. I’m more of a realist, while she truly believes that the best will work out for people and that God is on their side.”

Her faith plays an integral part in Myra’s entire life, from the lifestyle she lives, to how she acts towards Matt, to the way she raises Silas. She has a steadfast faith that helps her get through the tough times and confusing situations. She does not let anything bring her down.

“She’s been a lifelong Christian,” Matt said. “I became one later on in life, but the things we do in our household and model for our son are rooted in Christian principles. She uses faith in raising our son, as well as audio devotions with him. Myra is in constant prayer for our family. She’s very dogmatic in her belief that God is not only at the center of our family, but that He has a magnificent plan and future for us.”

These beliefs and values have helped to get her far in life and have yet to fail her.

Matt is grateful for her love and devotion and knows he has her in his corner for this battle called life.

Myra is his dream girl, his lover, and his best friend.

“Asking Myra to marry me was the greatest decision of my life,” Matt said. “I don’t know that I could be more content, happy or complete with anyone else. We didn’t really know it at the time, but we were just meant to be.” 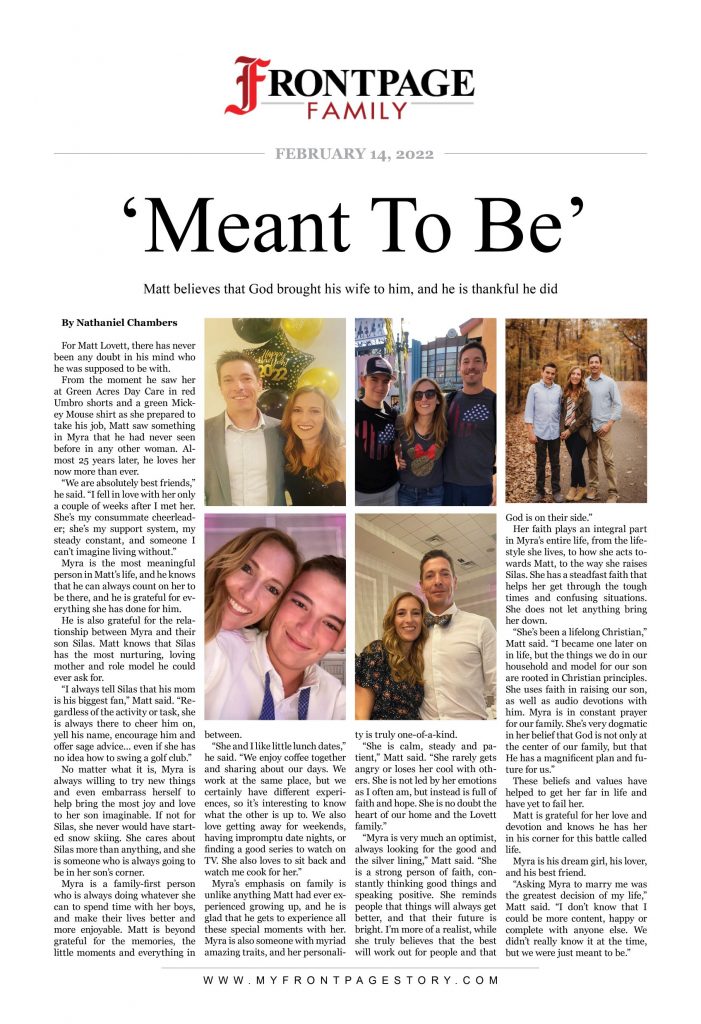