No Day Parties: Adelle Harris is a loving individual who cares more about the needs of her loved ones than anything else 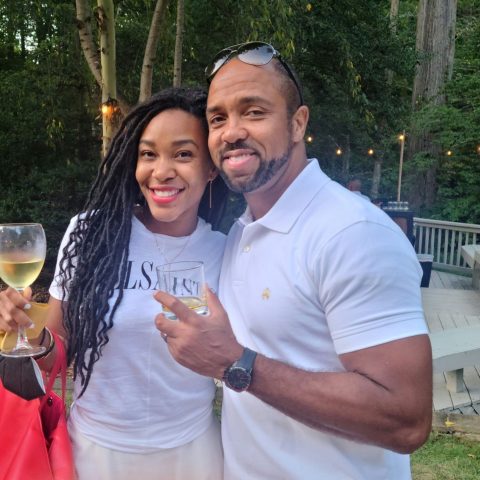 Every marriage begins with an interesting story. In Antwone and Adelle Harris’s case, that could not be closer to the truth.

They first met on Match.com, and Antwone set up their first date to be at 6 PM on a Saturday at a day party. Twenty minutes before the date was scheduled, he got a call from Adelle while he was on the way. She asked if their date was still on.

“I don’t know who you were dating before, but you are dating a person of a different caliber,” Antwone said in a lighthearted manner. “If I make an appointment, I show up to it.”

From there, he turned around and went back home to wait.  They eventually met up, but instead of attending the day party, she decided she wanted to go somewhere quieter so they could have conversations and get to know each other better. So, Antwone found a spot and they went and got sushi and drinks before their REAL dinner reservation. They hit it off well and were really into each other, so they scheduled a second date.

On their second date, there was a “fairytale” tornado that Antwone had to protect her from. As it swept up the street, he carried her onto someone’s porch so they would not get hit.

A few months later, they went on a trip to Costa Rica to relax and get away, but the largest earthquake in decades had hit the country, so they dealt with the aftereffects their whole stay. Yet, after all of these crazy times they have been through, they are still together and have been married for seven years.

“She’s really just a dedicated and loyal person,” Antwone said. “She really wants to see the people she cares about happy. She makes sacrifices to see that happen and is just a very loving person. If you are part of her circle, she is really dedicated in that way. She is really smart, brilliant, beautiful, attractive, dedicated, a hard worker and a great mom.”

Anyone who knows Adelle feels lucky to have her in their life, and anyone who is part of her inner circle is blessed to be in it. She is such a caring individual who wants the best for the people around her, and she will do anything to make sure they are happy.

Adelle has also worked very hard to get to where she is at in her work career. She is a federal agent, which is an accomplishment in and of itself, but she has not stopped there. Some of her accomplishments include:

Adelle has had a highly decorated career, and she just recently got promoted to assistant special agent in charge of her department. She is always pursuing new feats, and Antwone is proud of the hard worker she is.

“She teaches me patience on a daily basis,” Antwone said. “I’ve learned to be more patient, and I’ve learned to watch my words and think about what I’m saying, not just blurt out things that are inappropriate.”

Between the hard work and the patience she puts on display daily, to the amazing mother she is to their two sons, Antwone is glad he gets to learn from Adelle every single day. Not a day goes by that they do not watch Jeopardy, and they cherish all the times they spend together.

“The best times we spend  are when we are making breakfast together every Saturday and Sunday morning with the kids,” Antwone said. “That is our dedicated family time, and I would not change that for the world.”

On top of their weekend breakfasts with the boys, they play the New York Times pangram game with their family every weekend morning. They know the importance of family time and they teach their boys the importance of this on a daily basis.

When they are not eating their family breakfast or playing the pangram, Antwone and Adelle spend their time running their boys around to the different sports they play. Antwone also realizes how much extra effort Adelle puts in with Jakey and Masey.

“I run a business, and during the pandemic, she took on the role of being the teacher to them while continuing her work full time,” Antwone said. “They can be a handful, but she has taken her role as their mother to the utmost extreme. She cooks for them, and she just takes really good care of us as a family.”

Through thick and thin, Adelle is always ready to step in and be the loving wife, mother and friend that she always had been. She takes on challenges head-on, and she stays committed to them, work and her faith, and Antwone is proud to be her husband.

“I am so blessed to have you as my partner and I am honored to build this family with you. You are beautiful on the inside and out and I am proud to call you my wife!” – Antwone 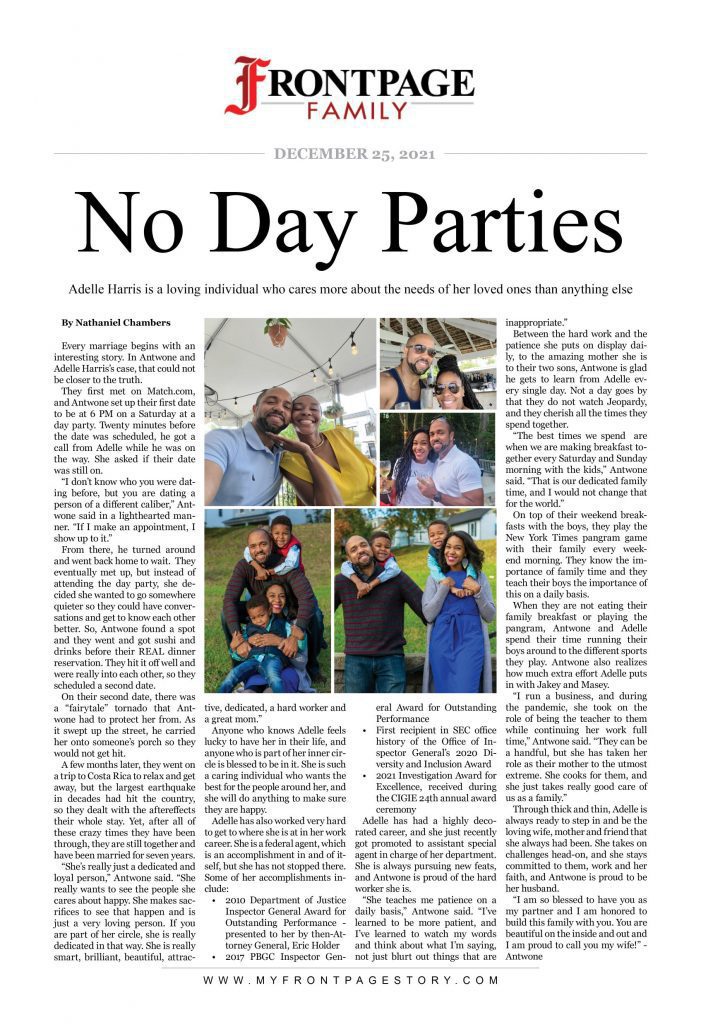