Taking Over: There’s a new head of the AMVETS organization, and his fellow veterans know he is more than fit for the job 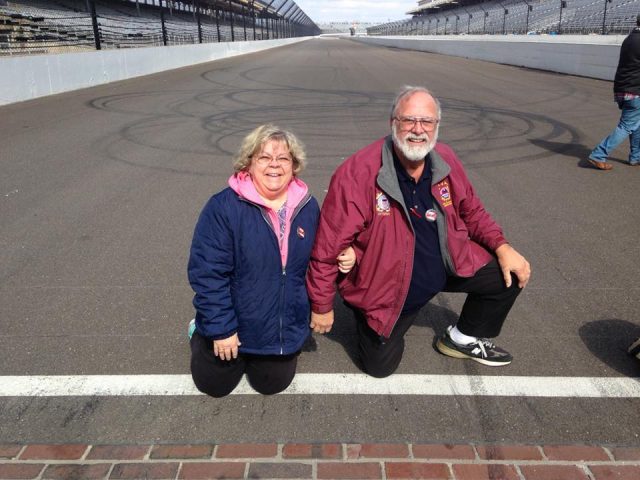 With 32 years of service in the Coast Guard under his belt and another 22 years already spent with AMVETS, National Commander Donald “Don” McLean sure knows how to serve his country and his fellow veterans well.

Not to be confused with the singer-songwriter who shares the namesake, veteran Don McLean has spent over half a century as a proud member of the US Military, and he has made an impact every step of the way.

“Commander McLean is a veteran with an extensive record of service in the Coast Guard, working his way up to team lead of a maintenance and repair unit and discharging as a Petty Officer First Class (E6),” past AMVETS National Commander Greg Heun said. “As part of a tradesman unit, Commander McLean would travel the coast repairing and constructing government buildings, facilities, decks, etc. They were very skilled, re-shingling roofs, pipefitting, re-constructing heating units, whatever they were tasked with as a unit.

“His resourcefulness and vast array of talents as translated nicely within AMVETS, as he has risen up the ranks to the top seat. We’re excited to see what Commander McLean does during his tenure.”

If you could not tell from what Heun was saying, McLean is the newly elected National Commander of AMVETS. He is stepping into the position Heun served well in during his time, and there is no one his fellow superiors feel more confident in having take over this role than McLean.

Heun served AMVETS well as the most recent National Commander, and he and everyone else realize the organization is being left in good hands. McLean has some big shoes to fill, but everyone who knows anything about him knows he will fill them with ease.

“Commander McLean joined AMVETS in 2000, where he became the finance officer of his post shortly after. About five years later, he was elected Commander of his post. Since then, he has held positions as Massachusetts’ State Provost Marshal, Department of Massachusetts’ Third, Second, and First Vice Commanders, then began climbing the national leadership chairs at the Third, Second, and First Vice positions until now, where he serves at AMVETS’ highest position. This is not an easy task, as you must display incredible leadership, tremendous relationship building, and an ability to see a ‘vision’ for the organization.” – Bill Clark, National First Vice Commander

McLean has been part of AMVETS since the turn of the century, and his goals and values align perfectly with that of AMVETS. He is a huge advocate for veterans’ rights as well as having their voice heard, and he hates seeing veterans fall through the cracks. He hopes to make an impact on this organization from day one, and he is hoping to serve his fellow veterans well.

“One of my goals with AMVETS this year is to amplify the services and events we conduct,” McLean said. “We don’t blow our own horn enough. AMVETS does so much good for not only the veteran community, but the civilian community as well; food and clothing drives, natural disaster aid, advocacy on Capitol Hill, job-seeking assistance and so much more. That will change this year.”

Now don’t hear him wrong. McLean is beyond proud to call himself a member of the AMVETS organization and he is grateful for all they do, but he knows they can do even more.

This starts with making the organization a little more boastful and patting themselves on the back more publicly, as that will help to spread awareness of who AMVETS is and what they are all about. They are an amazing organization, and they deserve more recognition than they already get.

McLean also wants to make sure AMVETS is following suit with their mission and continue to be the advocates they have set out to be.

“I also want to raise awareness of the ongoing and alarming veteran suicide rate in America. There is no stigma for seeking help, especially when it comes to male veterans who believe that there is. It’s okay to not be okay, but it’s not okay to deny yourself help.”

McLean wants to be the voice of change, and he wants to be the difference maker that helps AMVETS take their organization to the next level. He has been working on this behind the scenes for years, and now he gets to do so while at the forefront of it all.

“Commander McLean has chaired several prominent committees that make up the foundational role of AMVETS,” Second Vice Commander Horace Johnson said. “His measured voice and unique perspective he has provided during his rise to leadership is well-known by AMVETS across the nation. Commander McLean is going to springboard the vision and perspective of AMVETS to a new level.”

When you look at it from this perspective, it is pretty easy to see why McLean was elected, and it is pretty clear the AMVETS community made the right decision. He is the true definition of a leader by example, and he is someone that is going to make an impact from his first day until his last.

AMVETS has such a special place in McLean’s heart, and the fact that the organization is basically part of his bloodline now means that he will be phenomenal as the heart and soul of AMVETS.

“AMVETS has always felt like a very personable organization,” he said. “So many members go above and beyond here. When I approached a post with my interest in joining, I was immediately greeted by members who proceeded to explain what the organization was about, how they served and how inclusivity was a priority. That really resonated with me.”

Congratulations on being named the National Commander of AMVETS, Don. Go serve your fellow veterans proudly! 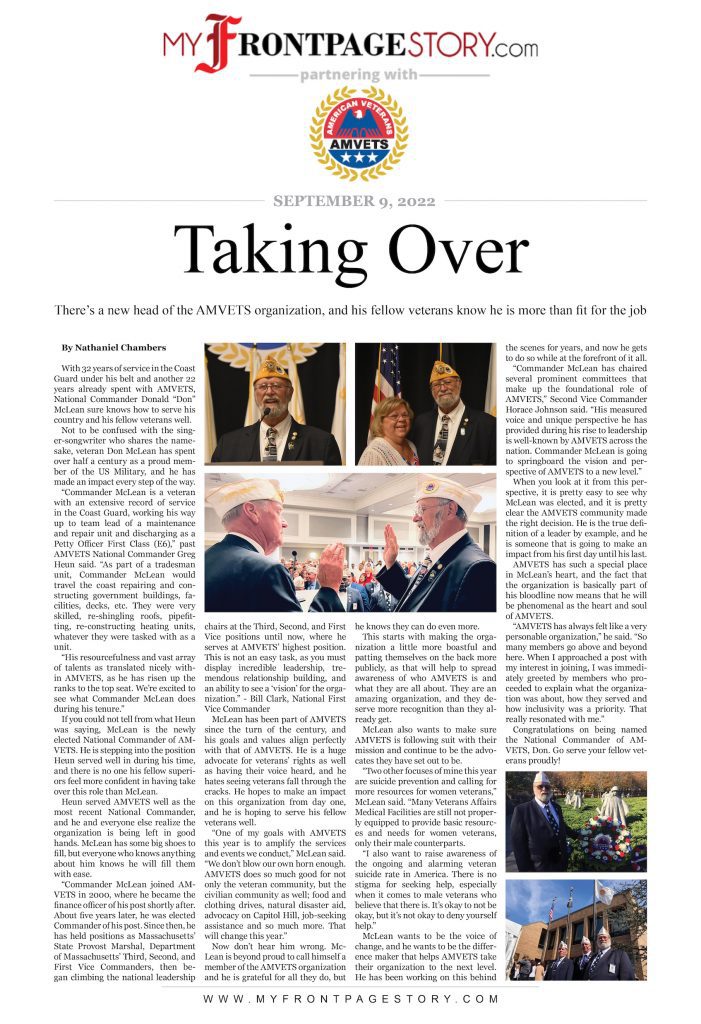 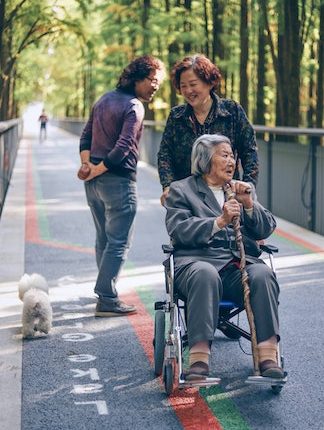 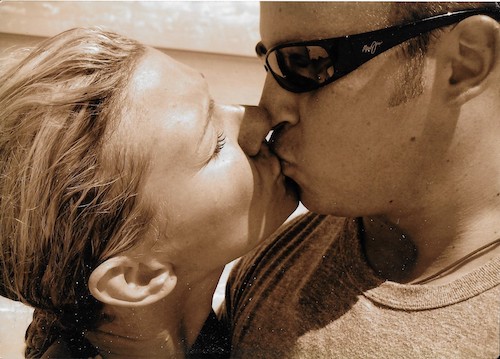 ‘High School Sweethearts’: Chance is glad he met Tanya 28 years ago, and not a day goes by where he is not appreciative of calling her his wife