‘The Most Beautiful Woman in the World’ 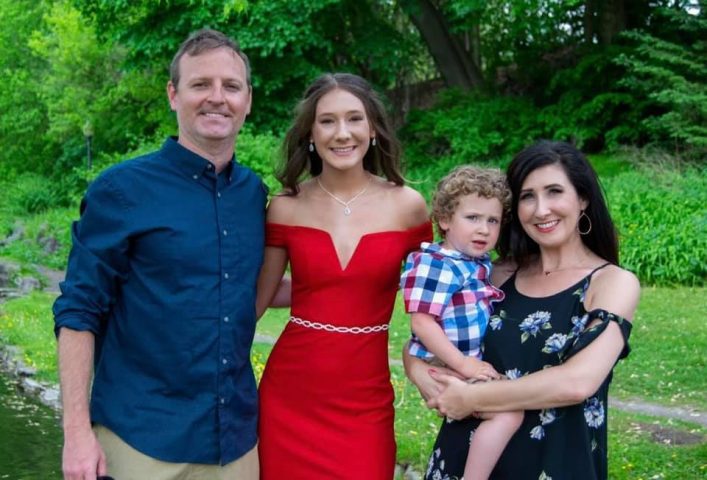 When Jon Gardner talks about his wife, Crystal, he leaves no doubt in your mind that he loves her more than anything. And rightfully so.

“Crystal is a hard worker and entrepreneur,” Jon said. “She is a dedicated, loving mother and wife too. She would do anything for her family. She is passionate about her career and helping others. She is stunningly beautiful inside and out.”

For career, Crystal has worked her way up to becoming a very successful Mary Kay sales director, which is something that requires discipline and persistence.

At home, however, is where Crystal really shines, as she is an amazing and loving wife and mother. She would do anything for Jon and her two children, Delaney and Jordan, and she is always making sure that they come first. They both know they have her unconditional support in everything they do, and they truly look up to their mother in every situation.

“She would do anything for her kids,” Jon said. “She’s the loving, nurturing parent to always take care of them when they need it. She has made incredible life sacrifices to have our son, Jordan.”

Being a parent is everything to Crystal, and Jon knows Delaney nor Jordan could ask for a better mother than her.

Maybe part of what has made Crystal such a great mother is the thing that makes her personality stick out in general, and that is the fact that she tells it like it is. She can be blunt and does not hold anything back, but she does this in such a loving way that she is appreciated for it.

“I admire her work ethic and her dedication toward what is right,” Jon said. “She is brutally honest about everything. She places value on experiences and not stuff.”

Crystal is a very hands-on person who loves to experience life and travel, and that is evidenced by their trips to places such as Hawaii, Cancun, Jamaica, Punta Cana and Bermuda.

To Crystal, the value in life comes from getting out and exploring things, and she has shown her family that she puts much more emphasis on this over having a bunch of extravagant things, and that is something her family has truly appreciated over the years.

She has even taught her husband a thing or two over the years as well.

“She is a great communicator and helps me to be a better communicator, better father, better mentor and better person in general,” Jon said. “She helps me in setting goals and seeing them through.”

Jon is appreciative of the loving woman his wife is, and he is grateful for her.

Crystal is also someone who is always there for her extended family, friends and everyone in between, and when she is not hanging out with her family at home, she can be found at any concert in the Saratoga area that involves Morgan Wallen, Justin Timberlake or a classic rock band. She can also be found occasionally laughing hysterically at Jon because he goes to the wrong train terminals, but Jon is okay with it because he loves her immensely and thinks she is the most beautiful woman on the planet.

He is glad to be spending another year celebrating an anniversary with his gorgeous wife, and he is looking forward to seeing what the future holds in store for them.

“I love her more than anything in the world and don’t know what we would do without her. She’s an amazing person.” – Jon 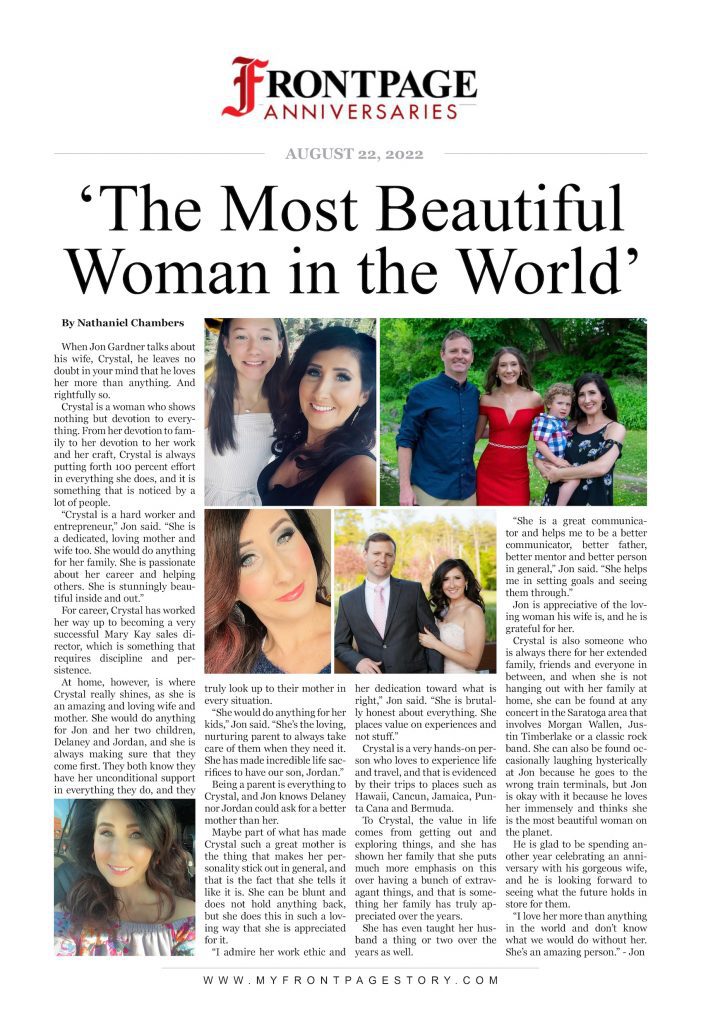