Tiffany Johnson: ‘She is my whole world’ 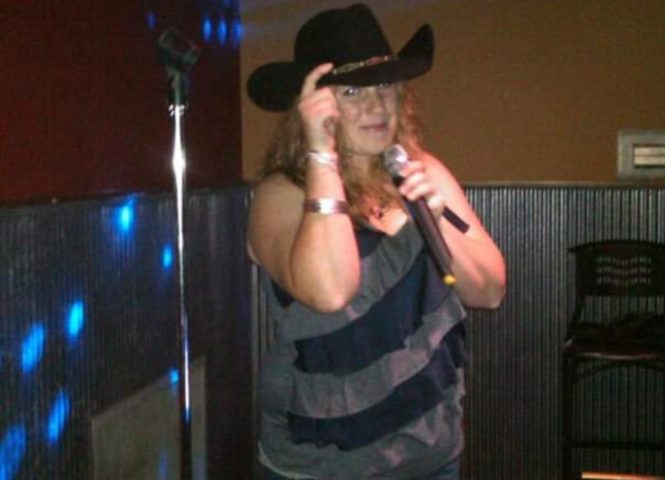 Tiffany Johnson is an amazing woman who always puts others before herself and is soft-spoken to everyone.

When talking about her devotion, her husband Aaron says Tiffany is generous, kind and constantly willing to give her time to others, particularly when it comes to her husband, children or their dog Avett.

Over the years, she has helped Aaron do some clean-up jobs for his tile setting company. What’s amazing is she does this on top of doing a lot of chores in their house while rarely ever complaining.

“She does most of the cleaning in the house and almost all of the cooking,” Aaron said. “She always puts all of us before herself, and she also makes the best sausage gravy and chili.”

Her selflessness doesn’t just apply to Aaron, either. She also takes good care of her four kids: Noel, Emma, Daniel and Joshua.

“For months she would drive to the school every day to pick up Noel and Emma from their volleyball practice, and that’s a 45-minute round trip,” Aaron said.

Talk about a dedicated mother.

It was because of this loving spirit and her sacrifice for others that Aaron knew he wanted to be with Tiffany forever from the moment he first met her.

The two lovebirds saw each other for the first time at Aaron’s sister’s wedding. Six months later, they started dating after they officially met at a Burger King where they both worked at.

“Our first date would have probably been going to a concert at a local bar that no longer exists,” Aaron said.

Earlier in their relationship, Tiffany got grounded for three months because she kept trying to sneak out of work early to hang out with Aaron, but Aaron and her will both tell you it was totally worth it. They both believed in their relationship and knew it was built to last, so they did not let this little hiccup break them up.

Fast forward to now. They have been together for 15 years, and it has been a wildly amazing 15 years full of love and laughter. They have also been together since Aaron was 17 and Tiffany was 16, so they have spent almost half their lives together now.

“She means everything in the world,” Aaron said. “God has put us together.”

Every second of living life with Tiffany has been truly special. Some of the best memories that stand out in Aaron’s mind are the time they spent at Red Rocks in Colorado for The Avett Brothers concert, as well as a couple of their family vacations.

“Colorado was amazing. The first time we went to Glenwood Springs and The Garden of the Gods,” Aaron said. “The other family vacation was to Kansas City where we went to the Lego Museum and the World War I Museum.”

Beyond these memories, there is also a funny and unique saying – “hashtag winging it” – that only could be understood by Aaron and Tiffany.

From Aaron’s expression, we can tell how much he loves his wife and appreciates everything she has done for their family.

Above all these extraordinary moments, Aaron wants Tiffany to know how amazing and important she sincerely is.

“I would be a complete mess and disaster if she wouldn’t have come into my life,” Aaron said.

Merry Christmas to the Johnsons! 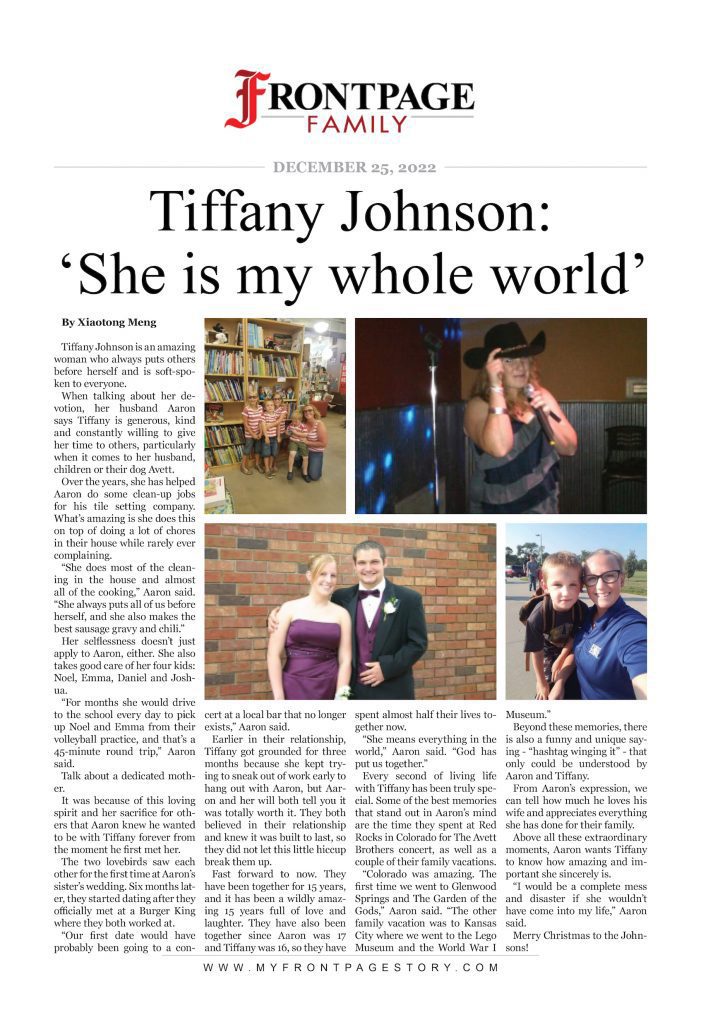