Two Guys That Have Balls: “We have balls for guys that don’t” – We turn your bad shots into treasure 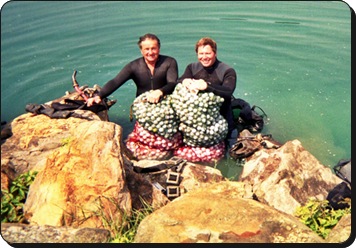 For over 30 years, Philip and Pierre Birtz have been on a mission to turn one man’s misfortune into a treasure of their own.

When they first got into this business, it started as Pierre taking over for a buddy of his who was able to send his daughters to college by doing one thing… suiting up in dive gear and searching for lost golf balls.

Pierre was working at the golf course on the base after 30 years in the Navy, as a member of Seal team 2. Pierre was retrieving the golf balls from the lakes at the golf course. His son, Philip, started helping Pierre in the afternoons to fund their ski trip to Breckenridge, Colorado.

The next season, they were called upon to provide the service for another course, and there it began.

“In the first couple of years, Ebay was a large part of our success opening us up to the world,” Philip said. “We have sold golf balls all over the world. We have had our own website now since 2006, selling to individual golfers in the United States.”

After Philip learned how to scuba dive, they started their work. They were listing things on eBay and getting emails from people, either asking for golf balls or asking them to come visit their course.

“We started off diving for golf balls at the course my dad was working at,” Philip said. “Then a guy from another course asked how our golf course got our golf balls. When we told him, he was intrigued, and he asked if we could send him some.”

From there, they started traveling all over the country, hopping from course to course. They would play the courses, but more importantly, they would search for golf balls, with the permission of the courses. They had people on eBay reaching out and hooking them up, telling them that this course or that was willing to let them search for golf balls.

They quite literally travel around and scuba dive for golf balls.

”When we started, we had two garbage cans full of golf balls,” Philip said. “Now, it’s a whole lot bigger. These two guys turned their little hobby into a business. We are a father-son duo who find over half a million golf balls a year.”

This is a business that started in their garage, and has remained in their garage. They like to remember where they started, but they also want to have the freedom to work when they want, and take a vacation day whenever they want.

”Working for yourself makes you stay disciplined,” Philip said.

They work hard and put a lot of time and effort into their business. They have made a living off of something that would otherwise go unnoticed, plus they are making it a little cheaper for people to buy balls that are still in mint condition, as well as everything in between.

“We recently updated our website to include more variety and a better experience for the customer to navigate through,” Philip said. “We provide custom orders for your golf course or personal play.”

“We got balls for guys that don’t.” 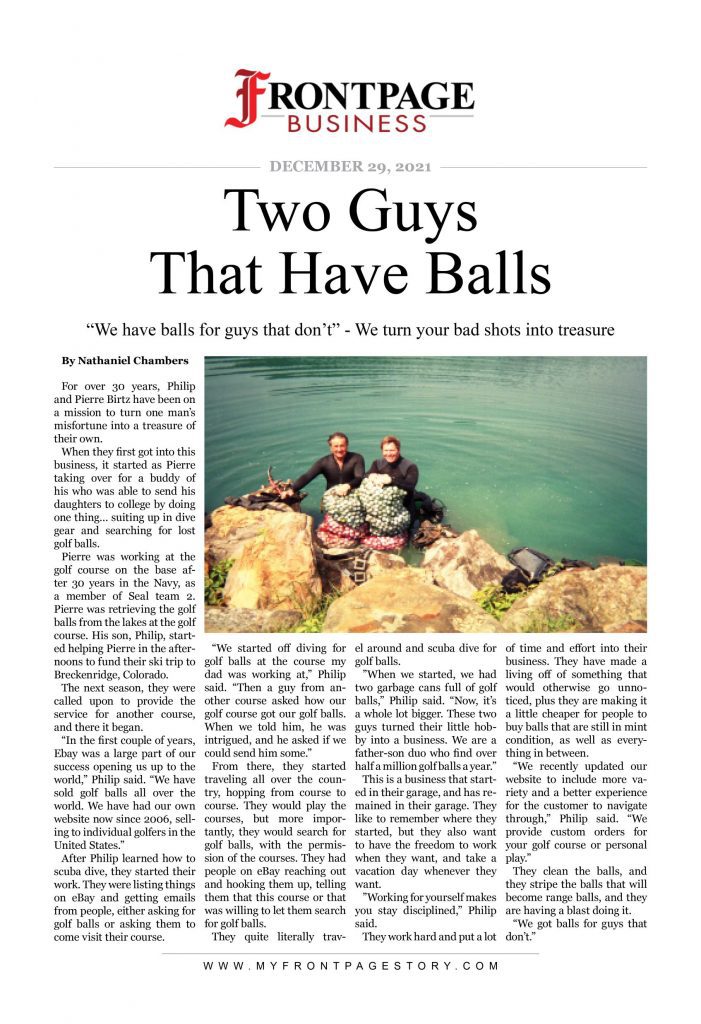