A Beautiful Soul: Maureen is an amazing woman with a whole lot of love to go around 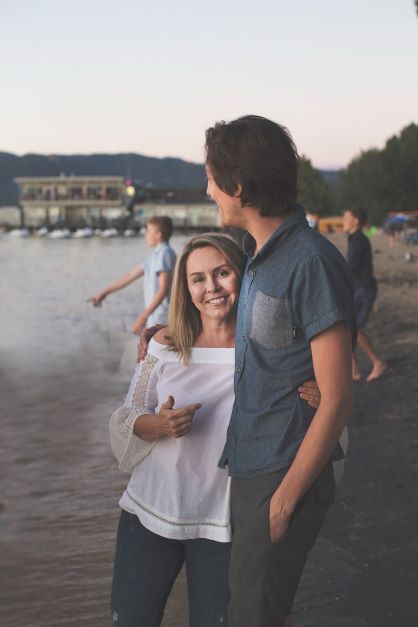 If you ask Brandon Miller for a couple of his favorite qualities about his mom, Maureen, he will just keep going and going.  Kind of like how Maureen has kept going and going as a mother of three

Being a single mom is not an easy path and yet Maureen has never faltered and the way her children describe her is the only evidence anybody could ever need.

“She is a loving soul, and she gives me unconditional love,” said Lauren.

Ryan put it even more succinctly by saying, “Mom is ALWAYS there for me.”

If you think it is easy to have teenagers feel that way about their parent, let alone say it, then you don’t know anything about teenagers.

If it feels like it comes naturally for Maureen, it’s probably because it kind of does.  She grew up in Boise, ID, the oldest of Steve and Susanne Ricks’ six kids, so Maureen knew what it was like to be a caregiver and look after others at a very young age.  It’s probably why she is so good at being a mom now.

“She is devoted to her kid’s happiness and success,” said Brandon.

“If there is anything we need, she doesn’t hesitate to help us get it.”

But the more you hear about Maureen, the more you realize it is so much more than that.  She understands the age differences between her kids yet has the unique ability to go out of her way to plan activities that they can all do together.  Like all moms, Maureen is happiest when she is with all of her kids, together.  Doing anything, really.

She’s the type of Mom that went to every craft store around to make sure Brandon had the perfect fake white dove to tape on his shoulder when he dressed up as Harry Potter for Halloween.  Most moms would’ve stopped along the way and said “you don’t need it” or “it’s not that important” at some point.  Not Maureen. And while it may seem like a little thing, Maureen is smart enough to know that it is the “little things” like that that really matter in life.

And she’s right, considering Brandon still thinks about that time to this day, just like he does their epic trip to Disneyworld or even more recently the road trip Brandon took from Boise to Philadelphia where he is attending grad school.

How many moms are cool enough to take a road trip cross country with their son so they can eat deep dish pizza in Chicago while looking at Lake Michigan?

It must be one of her things because Lauren mentioned how much she enjoys road trips and late-night talks with her Mom as well while Ryan raves about Maureen’s cooking, especially the roast beef dinners!

Late night talks with Lauren.  Roast beef dinners for Ryan.  Different kids have different needs and Maureen has an uncanny ability to be able to help fill all of them.

“She’s very conscientious of her children’s interests and things they like to do,” said Brandon.

“She is willing to do whatever it takes to help her kids.”

One of the ways she does that is simply by being both patient and a good listener.

“She gives people the benefit of the doubt and understands where they’re coming from when other people might be quick to judge,” said Brandon.

Maureen is also an excellent teacher, something both of the younger kids mentioned.

Lauren said that Maureen “taught me how to be spontaneous” which is a wonderful quality to have in life and something Maureen clearly is herself.

“She taught me how to be nice to girls,” said Ryan, which is also a very important quality to have in life!

The bottom line is that Maureen has three kids that care for her so deeply that they wanted to give her something truly unique and special for her 50th birthday because she deserves it.

When asked what message he wants his mom to get from this gift, Brandon didn’t hesitate.

“I love you. I care about you. Even though I’m not good at showing it sometimes, I want you to know how special you are.”

“I wouldn’t be the person I am without you.  You have supported me and cheered me on and validated me every year of my life and helped me find the confidence and self-worth I need to live a good, authentic life.” 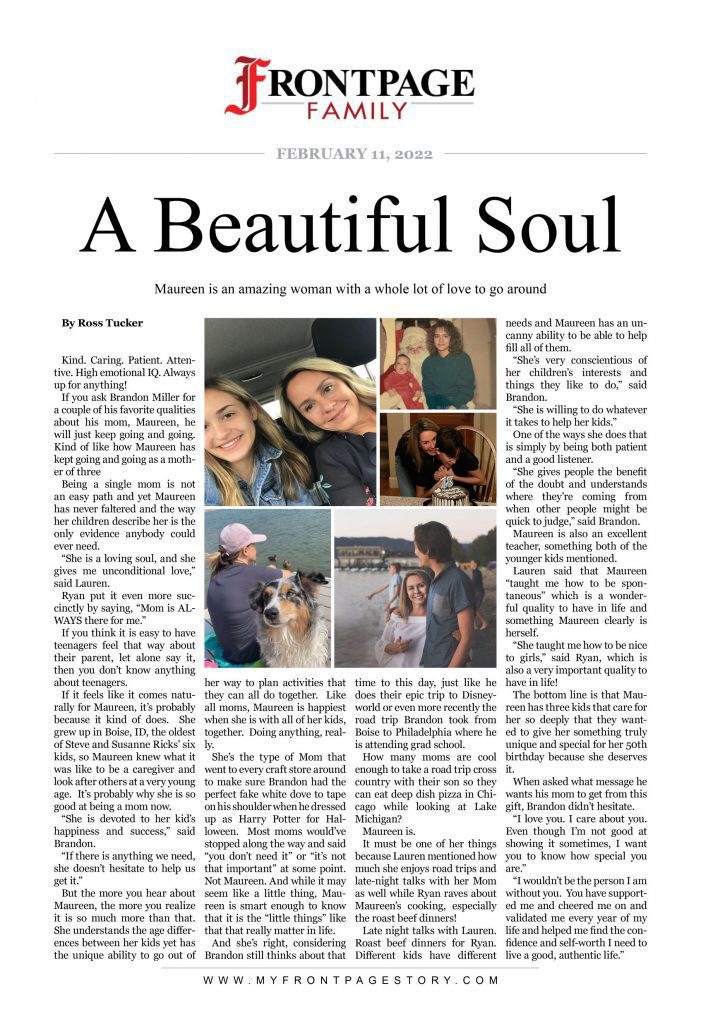