‘A Good Heart’: Melynda Badon is the loving mother, doting MiMi and honest advisor to a family that loves her 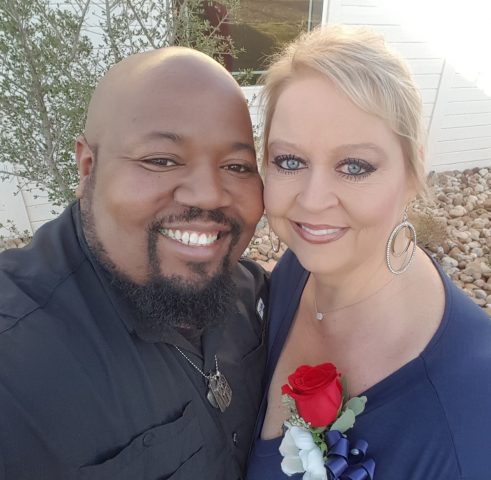 Melynda Badon has never been one to hold anything back, and her family and friends love her for it. She lives her life honestly. She loves hard, and she does everything in her power to be there and support the people who matter most to her.

Sometimes, that shows up in the form of blunt honesty, which is her unique way of letting people know exactly where they stand with her.

Those feelings are true for her husband Jemar, her two kids Brady and Colten, her four precious grandchildren Aleena, Aubrey, Addyson and Austin, her miniature dachshund Harley, and countless others. Melynda puts it all on the line for them, and they admire that quality in her.

“She has a really good heart and would do anything for anybody,” Jemar said. “She loves with her whole heart. She’s very honest at her core. If something is on her mind, she’s going to tell you about it. She’s very open and honest about the way she feels and wears her emotion on her sleeve. She’s the best person I’ve ever met and the best part of my life.”

Melynda is rare in her ability to dole out hard truths when necessary while also bringing people together. Her sister Missty has been on the receiving end on plenty of occasions, but she also knows she can rely on Melynda for anything. They have been through love and loss together, and they’ve leaned on each other through it all, good times and bad.

Missty looks back and could not imagine making it through the most difficult times of her life without Melynda’s love and support.

“I lost my daughter about two years ago, and she has helped me get through this,” Missty said. “Without her advice and her love and just being there, as she always is as my sister and my best friend, I could not have gotten through this.”

Melynda plays the same role up and down her family, so they all recognize that they’re so much better for having her in their lives.

As a MiMi to four grandbabies, including three who live with her, she is as integral to her family as she has ever been. That’s especially true for Austin, who is reluctant to ever let his MiMi out of his sight. He NEEDS her at any and all times, and he can’t be the only one.

The way Jemar sees it, Melynda is the rock of the entire family.

Jemar could never forget the road that led him here. He remembers seeing her for the first time when he and Colten were teammates on the same softball team.

His errant foul ball hit Missty’s daughter, Chelsea, and he heard an expletive sent in his direction. Jemar filed that memory away until they connected on MySpace two years later, and they were off and running toward love and marriage.

Jemar was drawn to her back then as he is to her now, not just for her looks but something that shines from within her. And the more he got to know about her, the more he loved and the more he benefited from her love and encouragement.

Jemar is quicker to spring out of bed in the morning because he feels more motivated than ever after seeing what Melynda does in her own life. She was always one to work hard, but she was bold and built her own business, Big Country Bookkeeping, from the ground up.

“She just motivates me to be a better person by being so positive,” Jemar said. “She has my back no matter what. I can always count on her.”

And that’s pretty much the bottom line with Melynda. She can be counted on to be honest, give advice, show up for her family, and work as hard as it takes to make everyone else’s happiness a priority. That’s exactly what Melynda does for so many, and they can only hope to give a fraction of that back to her on her birthday.

“She is not only my sister, but she is my best friend for life,” Missty said. “And since our mother and my daughter have passed away, I feel it has brought us closer together. I just want her to know how much I love her and will always be here for her. I thank God for giving me her as a sister.”

“Thank you for always being there for me and being part of my life,” Jemar said. “God has truly blessed me with you being my wife. You’re just an amazing and beautiful woman, and I love you with all my heart, forever and always.” 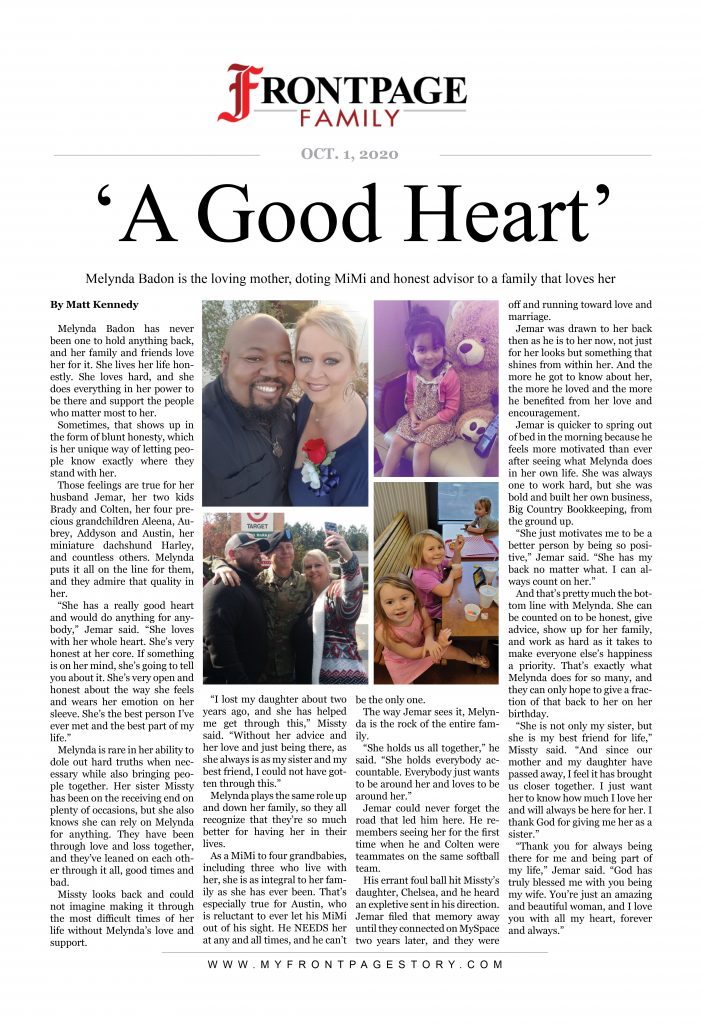