‘A Keeper’: Luann Zinkel is a selfless mother, a dedicated wife, and the center of her family’s universe 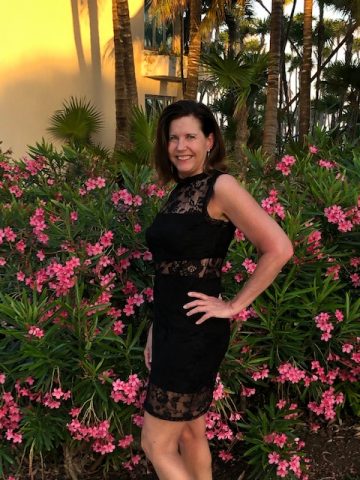 Every single day, no matter the season or the weather or the happenings across the world, Jeff Zinkel notices his wife does a little something to brighten his mood.

LuAnn makes the coffee in the morning. She’ll watch the Packers game Sunday afternoons. She rubs Jeff’s back to soothe her husband, trims his toenails if need be and offers encouragement whenever he brings up a new idea.

When he considers those acts of love, Jeff feels a flood of gratitude knowing that he lived on the 12th floor of a building at University of Wisconsin Milwaukee as a sophomore and LuAnn lived on the 11th. They started talking. Then dating. They married on July 11, 1987 and raised two active and loving children, Tyler and Kelsey, in the decades that followed.

“I guess the blind squirrel finds the nut every once in a while,” Jeff said. “I would marry her all over again.”

When Tyler and Kelsey were growing up, LuAnn was always on the go. Name a team sport, and Tyler or Kelsey probably played it. Sometimes on the same day at the same time in different locations.

Still, there was no stopping LuAnn, the type of mother and wife who radiates warmth and kindness in every situation. LuAnn would wrap up work as an optician and motor to practices, games or whatever other activity was on tap for the day.

“We didn’t have a day off of a sporting event in, gosh, I don’t know how many years,” Jeff said. “One kid was going one way and one was going the other. And LuAnn was always there, cheering on the kids. You bet she was.”

Tyler, 29, and Kelsey, 26, are older now. They’re pursuing careers as an electrician and a realtor, respectively, and their relationship with their mother has evolved.

It’s been a pleasure for Jeff to watch as his wife — always the “good cop” of the two — steered their kids into adulthood.

“She guides them with a soft hand,” Jeff said. “She lets them make their own mistakes and just guides them down the right path. She’s a very, very caring mother.”

LuAnn’s selflessness rests at the heart of the family’s happiness.  But she and Jeff still find plenty of time for their own fun.

They own Packers season tickets, enjoy visiting breweries and wineries and often plan out trips to warm weather destinations. Some of their favorite nights are spent with a circle of friends in the neighborhood who’ve bonded over the years to form an indestructible community.

Nearly four decades ago, when Jeff started college, he couldn’t have imagined the path his life would follow. Now he can’t imagine his world any other way.

At the center of everything — the family and the friends; the joy and the love — is LuAnn.

“She’s a very good compliment to me,” Jeff said. “She’s always been supportive of anything I want to do, and she always, always has my back. This is for sure: She’s a keeper.” 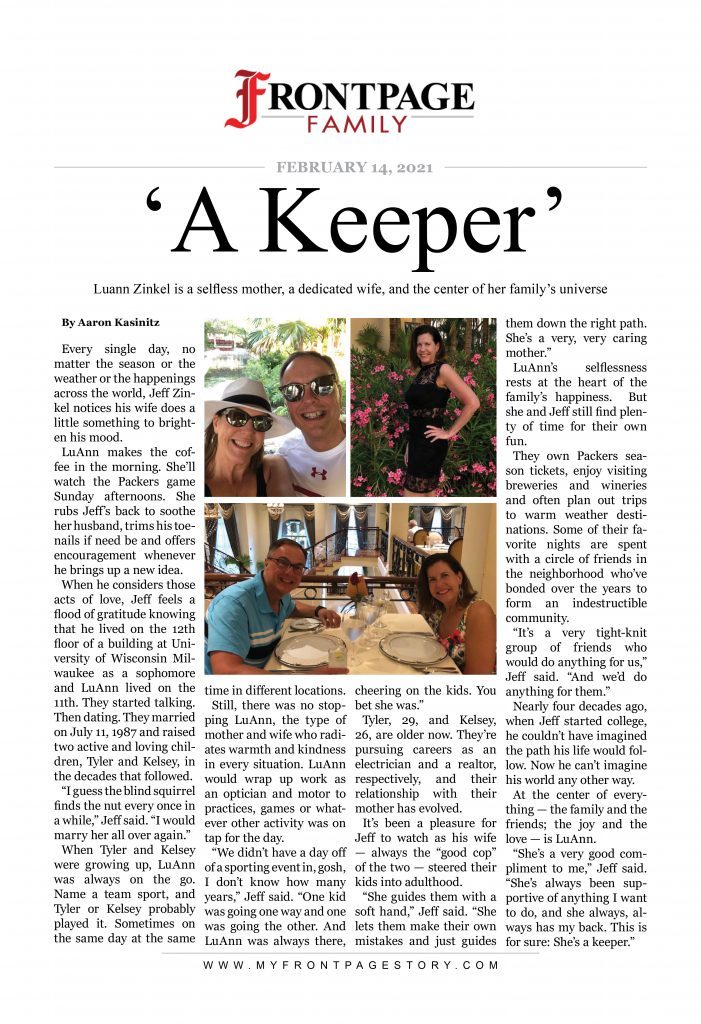