‘A Natural’: Shelby Greenberg has all the makings of a great mother, and Dustin can’t wait to see her in action 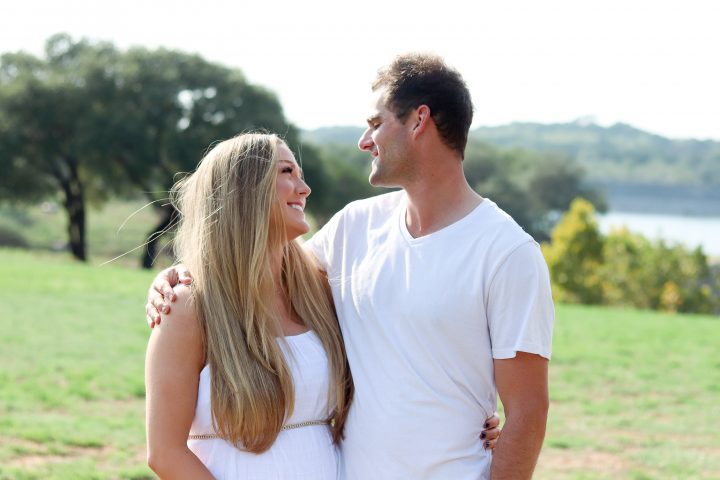 The anticipation for Baby Lane’s arrival has been building for the better part of eight months, and not even just for his parents, Dustin and Shelby.

When Lane finally arrives in March, Shelby’s family will be welcoming their first grandchild. Lane is a bright note in the midst of the looming uncertainty of a pandemic and serves as a symbol of joy and optimism for everyone involved.

Having a baby also looks an awful lot like the fulfillment of a bigger purpose for Shelby, who Dustin says is a natural with kids.

She has a gravitational pull with nieces, nephews and even friends’ babies who can sense how warm and trustworthy Shelby is. Dustin has seen it often over the course of their relationship and can only imagine how amazing she ll be with her own son.

“She’s just a natural mother,” he said. “She’s happy when they’re in her arms, and she has treated nephews and nieces like her own kids. She’s always been a very, very caring person and pretty much puts everybody else first.”

From soon-to-be-mothers to lifelong Fathers, MyFrontPageStory is a gift for anyone. Order yours today!

Shelby can’t wait for Baby Lane to arrive so she can start showing him all the love he can possibly handle. But if she’s being honest, she also can’t wait for the pregnancy stage to be over and for true motherhood to begin.

Shelby has occupied herself in the meantime by putting together a beautiful nursery and lining up every baby item Lane could need, from diapers to clothing and a stroller.

Dustin might take some credit for seeing all of this in Shelby when they first met eight years ago, but there are certain things that just can’t be judged by swiping right on Tinder (which he did).

He insisted on meeting her and found a willing accomplice in his best friend Connor, who set them up on a first date at a Rockies game.

“We were able to bond and connect over a baseball game,” Dustin said. “You can’t say that about a lot of girls. We pretty much hit it off from Day 1, and we’ve been going strong ever since.”

It’s an encouraging sign as Dustin and Shelby stand at the doorstep of the biggest change of their lives. But Dustin knows that having Shelby on his side is the first step toward being the parents they aspire to be. She has shown the right instincts from the beginning, and Dustin can’t wait to start the next chapter with her.

“It’s been great watching her grow over the years, and I’m extremely happy that we’re taking this step in our lives together,” he said. “I can’t wait to see her holding Baby Lane. Watching her raise him will  make me happier than anything in the world.” 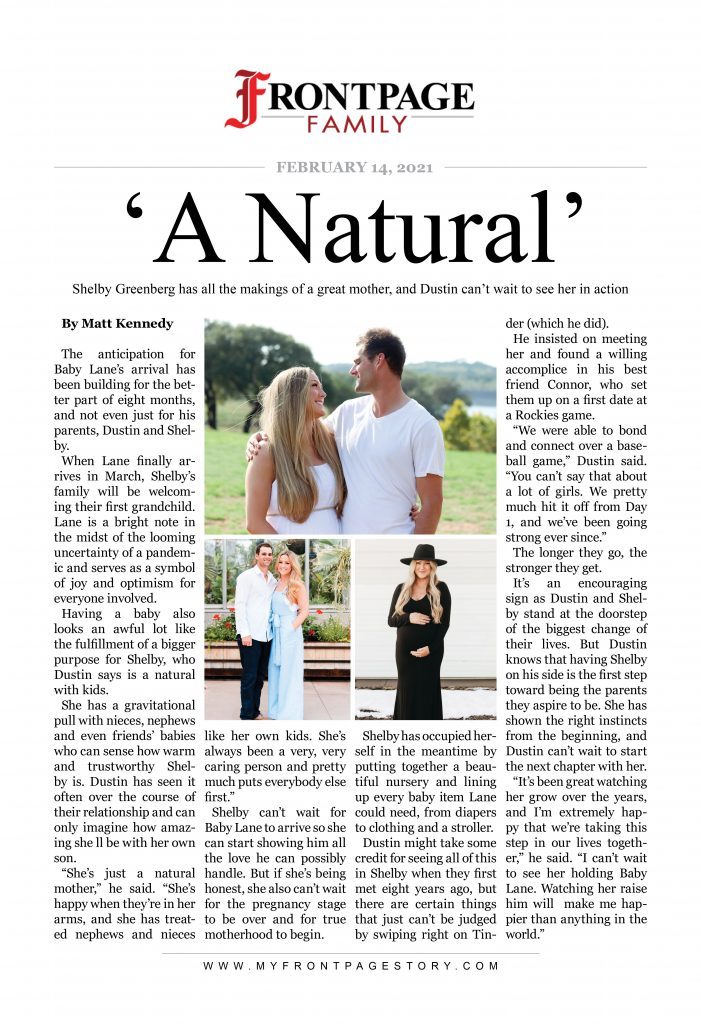