‘Best Friend’: Justin Tate never expected a woman like Kimberly to come along so suddenly and sweep him off his feet 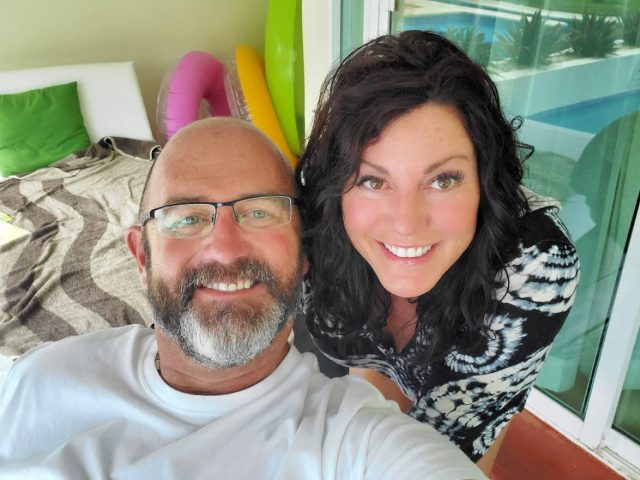 Justin Tate knew where things were going with Kimberly, who is now his wife of 10 years, the moment he heard her voices.

Justin owes a debt of gratitude to his old high school friend, Kenny Shaver, for not only making that chance happen, but refusing to take no for an answer.

Justin hadn’t heard from Kenny in a decade at that point, but there he was on the other end of the phone making a pitch for the “pretty and sweet” girl he thought Justin might like. Justin thinks often about that moment, which came just days after he made an admission to his mother that he was “meant to be” alone.

“My mom started crying and said to hang in there and it would come,” Justin said. “I told my mom that I was OK with it and that I had come to terms with it.”

Some higher power had much bigger plans for him, and they were delivered in the most unlikely way.

Justin finally agreed to take Kimberly’s number and wasn’t even sure what he should do next. He slept on the decision to call her, but gave Kim a try the morning as he was leaving to hunt elk in Utah.

To call that conversation a game-changer would be the understatement of Justin’s life.

Kimberly was warm and genuine, funny and smart, and the connection was both powerful and immediate. It was enough for him to go from deflated to floating and, for the first time in his life, he was even compelled to leave hunting camp early.

Justin HAD to get back and see where that phone call might take him next. The rest became history that he and Kimberly honored by getting married on the very same day just a year later.

“It is very cliche, but this whole thing was meant to be,” Justin said. “Just when you quit looking, something comes along that sweeps you off of your feet.  She literally kicked my feet out from under me! We replayed our blind date August 20th, 2010 and got married at sunset. The rest is history!”

For the past 10-plus years, Kimberly has proven again and again that she is exactly what Justin always wanted in a woman. The right nudge from the least likely of places was enough to send both of them to the happiest years of their lives.

Those lives have blended with Justin’s children Jace (26), Bailey (23 and Trevor (22) and Kimberly’s son Christopher (29). They share a connection that’s just as strong today as it was when Justin made that first phone call. Kimberly is tough, considerate and funny, and she accepts Justin for exactly who he is.

“She has an amazing zest for life that is infectious,” Justin said. “She makes me laugh constantly. She can read my mind, and she puts up with me and my redneck way of life. She is my best friend!”

Justin had never felt as broken as he was in the days prior to his blind date with Kimberly. And now, it’s safe to say that he feels not only whole, but more happy and loved than ever.

Justin owes a lot to his beautiful wife for that and the mantra that has come to define their love for each other.

“She introduced me to so many things, so many wonderful things over these years,” Justin said. “But she has this thing LYMED, which stands for Love You More Every Day. 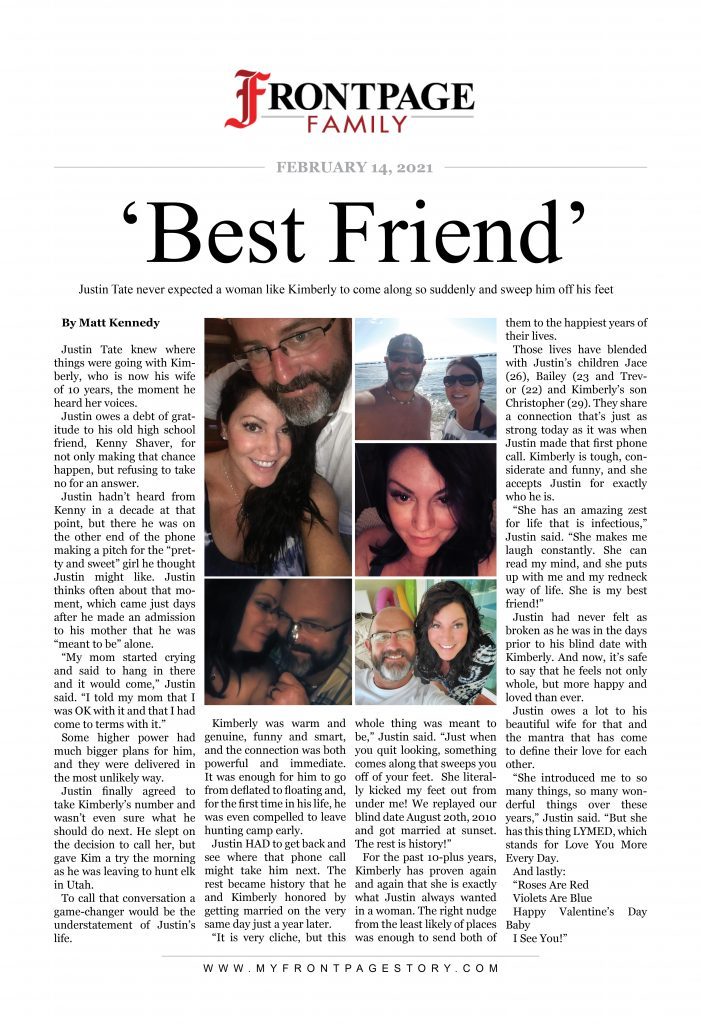