Camp Lover: Savannah Keller is an outdoorsy woman who loves spending time with family and friends 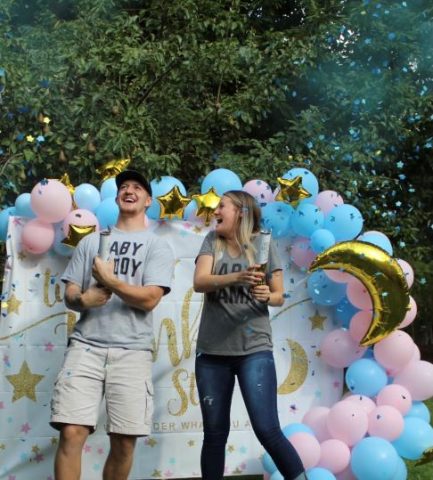 When Joseph and Savannah Keller first saw each other, they had a feeling they might wind up together. The first time they truly talked to one another, it pretty much confirmed they were going to wind up together. Now, they are married with a son on the way.

“Savannah and I rode on the same bus to sporting events and would lock eyes frequently,” Joseph said. “We knew we liked each other and one night, I was at a high school party at her place, and we left the party and spent time with each other away from everyone else at the party. We always knew we were each other’s person. I left for the military and when I came back, she dropped everything she had going on in her life to be with me and to move with me to Chico, California.”

Savannah and Joseph knew right away that they wanted to be with each other, and they have always done things to assure that would happen. They would write each other when he was at basic training, and they always did everything they could to make it work.

Joseph is drawn to the love and compassion Savannah has for he and their son, and he admires so many things about his wife.

“Savannah is strong! She’s kind and caring and takes care of the ones she loves before she even takes care of herself, which sometimes she could put herself first and take better care of herself,” Joseph said.” She loves passionately. Her self-drive and work ethic are incredible. She works so hard to be the best wife and best mother she can be. She’s drop dead gorgeous and she hugs with feeling.”

Savannah is the most selfless individual Joseph has ever met, and he tries to encourage her to look out for herself a little more often. He loves his wife and wants what is best for her, and always wants her wellbeing to come first.

She is a family and friend-centric individual who is always doing what is best for their soon-to-be-born son, Kaylon. She looks out for his health and takes extra precaution to make sure he will be born a healthy and loved baby.

Savannah also enjoys time with her friends and family, especially when it comes to camping. She loves the great outdoors and just being around those she loves and cares about.

“She likes to spend time with family and friends,” Joseph said. “She likes to have fun and she enjoys going to concerts, camping and hunting with her husband. Her favorite thing to do is drink coffee on the porch at her grandparents’ house up Smith River in Drain, Oregon. She likes to drive fast. She likes spending time in the woods and 4 wheeling. She likes taking family photos even though her husband makes a big deal every time.”

Anything you can think of doing outdoors, Savannah probably enjoys doing it. She cherishes every moment she gets to spend with her grandparents, and she is excited to be a new mom. Joseph is happy to be by her side every step of the way, and he cannot wait to see his wife take on the role of being a mother.

“Savannah, you’re the best thing that’s ever happened to me. I wouldn’t trade my life with you for anything. I love you!” – Joseph 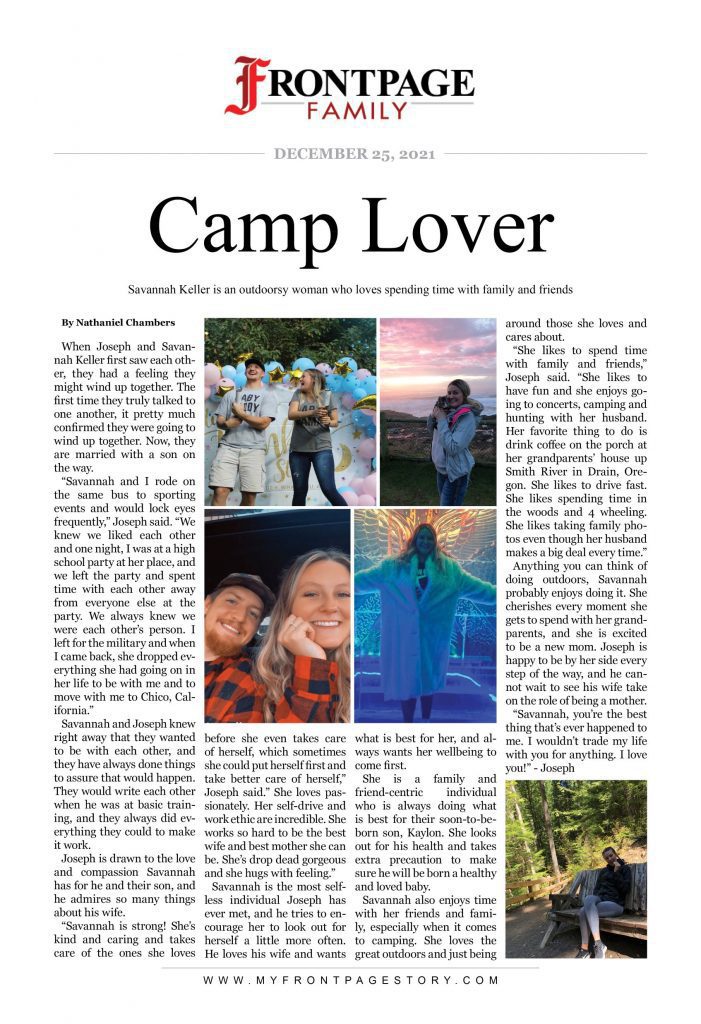