Cheers To The Future: Caroline Butler and Rob Russell are tying the knot in 2023, and they are super excited 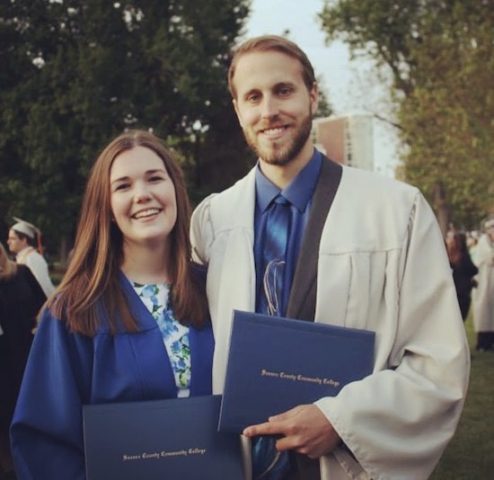 Come June, Caroline and Rob will become Mr. and Mrs. Robert Russell. And they cannot wait.

Caroline’s sister, Meghan, cannot wait either. She is eager in anticipation of these two lovebirds getting married, and she knows the two are meant for each other.

“Caroline and Rob are getting married in June 2023 and I cannot wait to see the beautiful life they will continue to build together,” Meghan exclaimed.

But how exactly did Caroline and Rob come to know one another?

Well, it all started when they were neighbors in Rolling Hills over in Andover Township. They have known each other since they were kids, but they got disconnected for a while after moving to separate towns in 2001. However, a mutual friend helped get Caroline and Rob reacquainted while they were attending Sussex County Community College in 2014.

They began dating shortly after that, and the rest is history. Caroline and Rob wound up adopting a dog, Emma, in 2019, and they got engaged in 2021. Now, on June 16, 2023, they are officially tying the knot, and they and the people around them could not be happier for these two.

“Caroline and Rob have grown so much in the time that they have been together,” Meghan said. “They have both finished their degrees, they adopted a dog, and they moved in together! All while navigating new jobs and all of life’s ups and downs. They make a great team; they work through any problem together.”

Caroline and Rob are an equal partnership and they are a couple who is always there for one another, and that is something that is truly special. They complement each other very well and they get along too. Their love for one another is apparent and it is true, and it continues to grow every single day.

“Caroline and Rob are such a great team,” Meghan said. “They have such a strong foundation in their relationship built on trust and respect. They are both incredibly fun and loving people. They prioritize family, friends, travel, concerts, and they balance that with working very hard to build the life that they want together.”

From going to country music concerts to Yankees games to vacations together, the important thing is that togetherness. Caroline and Rob love spending as much time together as possible, and that will continue to be the case as they get married.

They are also two people who put family first in every situation, and they are always there for their loved ones. They are there for one another as well, but their bond with their respective families (and each other’s families) is something special.

“I can’t wait to have Rob as a brother-in-law! We always have so much fun together as a family and I feel so lucky to gain another sibling,” Meghan said with excitement.

Rob is already like part of the family, but now it will become official in less than seven months.

The love Caroline and Rob have for one another is absolutely amazing and it is one that is noticed by everyone around them. Their marriage will be special, and they are true soulmates.

Meghan ended her recollections and appreciation for Caroline and Rob with this memory:

“One memory about Caroline and Rob that sticks out to me is when they adopted their dog, Emma. Caroline and Rob weren’t living together yet, and Caroline was still in nursing school, but they did such a great job welcoming this new, sweet, anxious dog into their lives and building her a great life. Emma has found so much love and happiness with Caroline and Rob.”

To the future Mr. and Mrs. Russell! 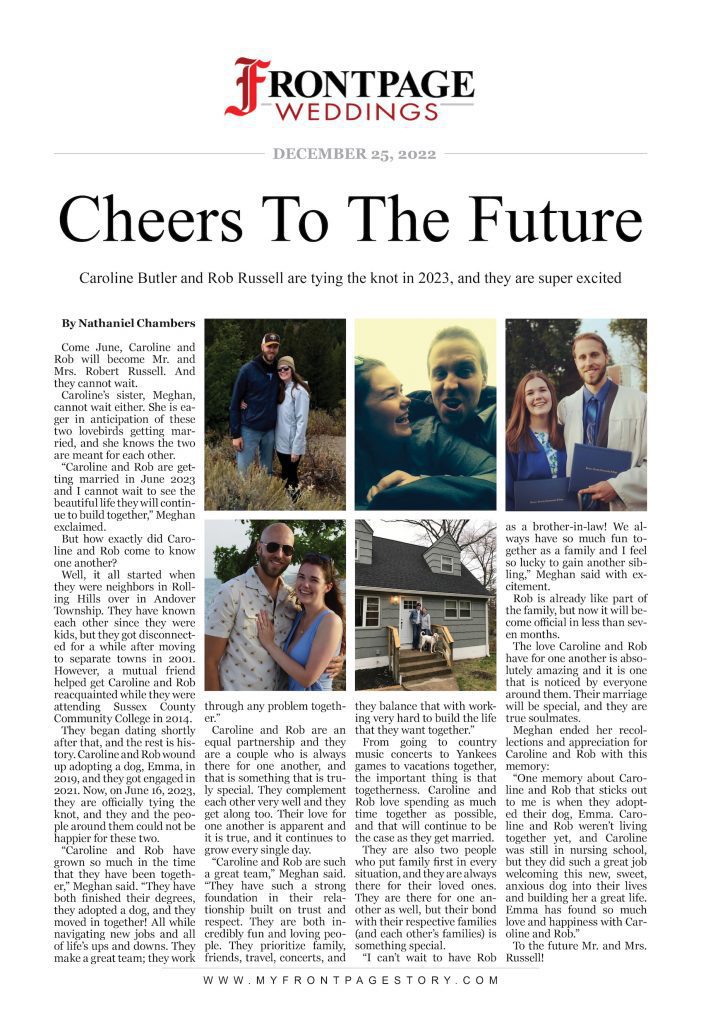