‘Family First’: Bob and Jody Hamilton celebrate 40 years of loving each other and guiding a family that adores them 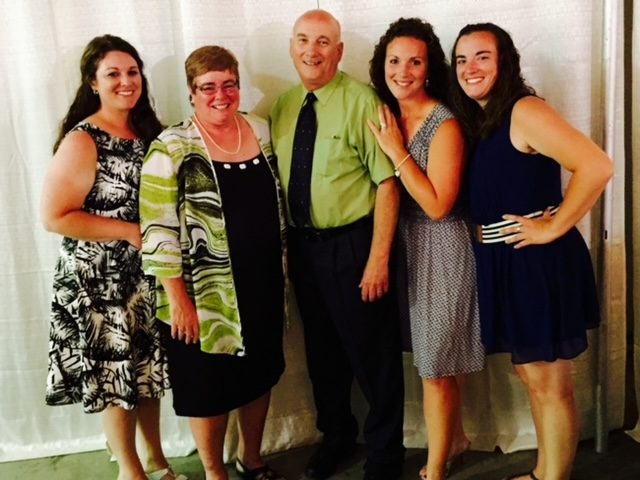 Bob and Jody Hamilton are living a 40-year fairytale, and the next chapter of their love story promises to be their best yet.

Their marriage has been marked with friendship and a deep loyalty to each other. They are also deeply committed to their children Melinda, Dawn and Ashley and their spouses Fred, Brian and Kristen, and they adore their grandchildren Matt (24), Massimo (12), Matteo (8), Callen (2) and Ellie (1).

The connection Bob and Jody have has been apparent since their first date at a Waterloo High School wrestling match. They are very much part of the fabric of the Randolph community, which began when they were kids, then as athletes, and now longtime pillars who simply make their town a better place.

“They’re just one of those couples that have a natural connection to each other,” Melinda said. “It’s easy to see they’re both extremely loyal people, super caring and generous to everyone they know, not just family but friends. They grew up in the same community their whole lives. It’s like that fairytale relationship you don’t always get to see nowadays.”

Bob and Jody’s love for each other is indeed rare, and their story does sound like a fairytale love story, but the lesson in their 40 years is clear: they work together to make their marriage great. The fairytale doesn’t happen by accident.

Bob and Jody love and support each other, and they come from a place of honesty and mutual respect. They work hard and are unflinching in their loyalty, even beyond their family and their marriage. Bob and Jody are steady, dedicated and reliable, and it shows in the longevity and joy in their relationship.

“They are just the most loyal type of people,” Melinda said. “Once they got together, they never parted.”

Jody left high school and found immediate work at Concept Freight, where she spent her entire 44-year career until she retired in June. Jody was the portrait of an honest day’s work, and she was invaluable from the moment she walked through the door.

She started out doing clerical work and climbed the ranks to handle the company’s payroll despite forgoing her college degree to care for her children. She is a prime example to her family of commitment and hard work that paid off.

“She was just that reliable person at work,” Melinda said. “People knew to go to Jody for whatever they needed. She’s reliable and assertive, yet strong-willed when necessary. My mom is a strong woman, and she’s the backbone of the family. She is assertive and confident and just gets stuff done.”

Bob worked extremely hard, too, but the big takeaway from his professional life was that it’s never too late to chase a dream. He dreamed of being a teacher and never gave up on making it happen with a mid-career pivot from his work at the family hardware store to earning his teacher certification. Bob spent 24 years in the classroom until his recent retirement. He was also a volunteer firefighter for 40 years.

Make no mistake, the choices he made were an inspiration to his family, but Bob might have left an even bigger mark on the hundreds of students who crossed his path.

Melinda teaches in a neighboring district and hears often from kids who explain how lucky she is to be related to Mr. Hamilton.

“My dad is that example that you don’t ever give up on your dream just because you put it on pause for other people,” Melinda said. “It’s amazing to see him follow his passion and become that celebrity teacher at school.”

Bob wasn’t quite ready for retirement and didn’t get the chance to ride off into the sunset as he imagined he would. He also had open-heart surgery two years ago that gave the whole family a scare before it ultimately brought them closer together.

Bob and Jody invested so much into their family and taught their kids invaluable lessons about hard work, compromise, commitment and generosity. Now, they turn the page together, celebrate 40 years of love, and look forward to everything whatever their future might hold.

Whatever it is, they’ve shown they’ll tackle it together and support the family that loves them more than anything.

“Thank you for being you,” Melinda said, “and for always putting your family first.” 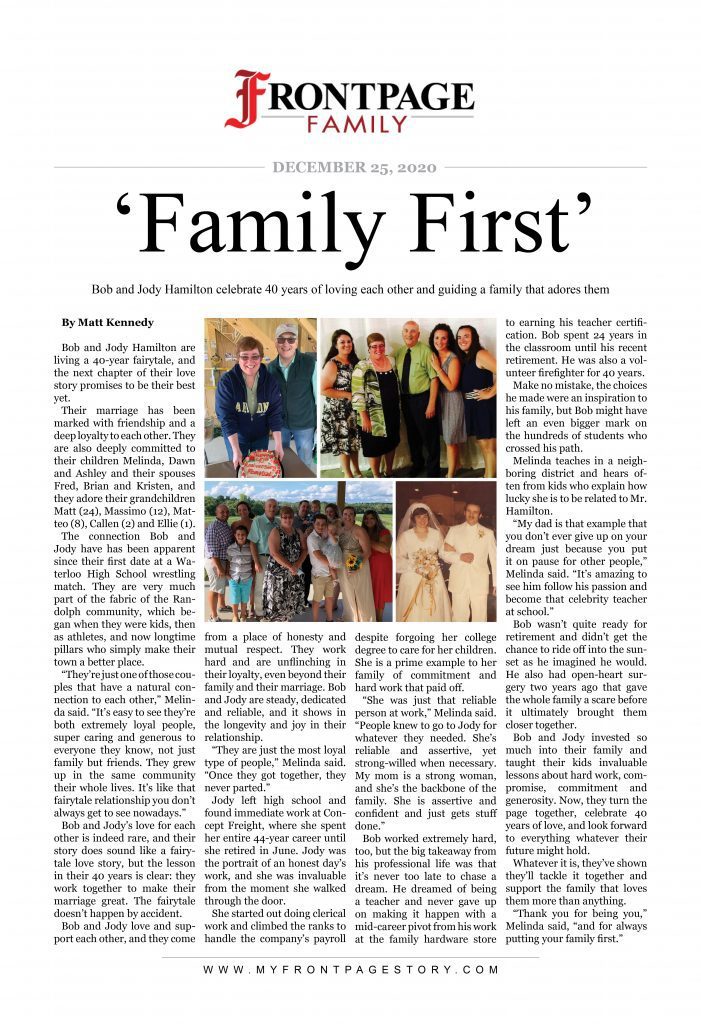