Finding A Way: After a short time apart, this couple has found a way back to one another, and they are thankful for it 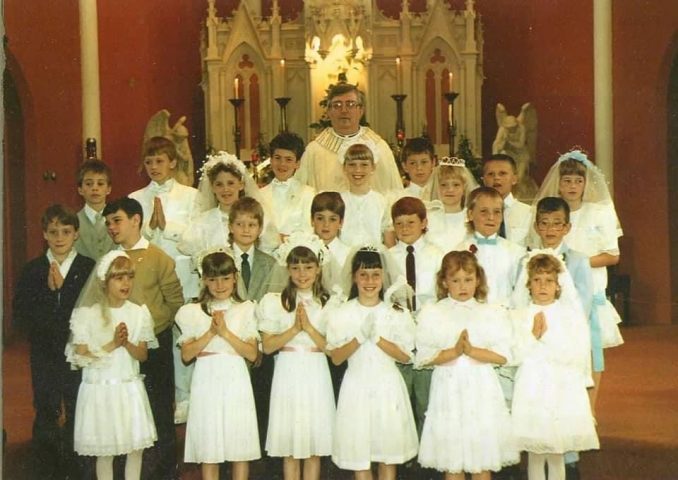 Henry and Ashley Wilson’s story is one that makes you realize that you do not always realize what you have until it is gone.

The Wilsons dated in high school and college and eventually broke up, but they got to grad school and have not looked back since. From being able to put up with Henry’s sarcasm to being unafraid to tell people how it is, Ashley is Henry’s dream girl who he knows he is meant to be with.

They have been married for over 14 years and have two kids, and Henry knows what a special soul his wife is. She does so much for him and the family and she sacrifices so much, and she has a dedication like no other. She is a hard worker who perseveres through many things, and Henry does not know what he would do without Ashley.

“We moved to Minnesota for my job after grad school,” Henry said. “So she followed me for what I thought would be my dream job. We were far away from all of our family and friends. She supported it fully, but I am not sure either of us really wanted to go.”

That part of their life did not last very long and they decided to move back to Illinois after a couple years away. However, life took a hard turn into the ditch rather quickly.

“My dad got Alzheimer’s almost as soon as we moved back,” Henry said. “She was with me on every step of the way with things involved: arranging care, visiting nursing homes and many hospital visits. She helped me so much through that process, and I don’t think she knows how much I appreciated her strength through it all. In that, and every other case, she is unapologetically family first.”

In the time they have been together, Henry has learned many things from Ashley. He has learned what true love looks like, and he understands what it means to always put your family first.

Ashley has stuck by Henry’s side through many things, and no matter how tough life may get, he knows he can get through anything with his wife by his side. Ashley’s undying love for the people who mean the most to her is truly admirable, and Henry is proud to call her his wife.

She has also expressed to Henry what it means to truly be trusting toward your partner, and he knows that her true trust and confidence in him is not a trait that many people possess.

“I appreciate the confidence she has in me to make decisions,” he said. “I wanted to buy a farm and asked her what her opinion was. She said, ‘I don’t have a clue. If you think it is a good deal, then do it. I trust you.’ She signed her name on the loan and didn’t question it at all.

“I work a full time job and farm on the side. She is very tolerant of my schedule and understands I have to miss things to get the crops in and out. I struggled with a lot while finishing my PhD, and she was so strong and supportive of everything I was going through. She helped me more than she will ever know.”

And now, Ashley is working toward a PhD of her own. Talk about a power couple!

Every single day Ashley shows Henry a strength that he did not think was possible for one singular person to possess. She works hard as a middle school guidance director and is constantly supporting Henry in his farming ventures, and on top of it all Ashley is a devoted mother.

Vivi and Michael have a mother whose love for them will never waver, and she is always going to prioritize them above everything else. She is a role model for success and hard work, and her kids have a great mother to look up to as they continue to grow up.

“She keeps our house organized and moving in the right direction,” Henry said. “She gets the kids’ stuff ready every day; she drops them off at school, picks them up, etc. I attend special school activities, but she is the everyday person getting things done.”

From morning until night, if Vivi and Michael need anything, they can trust that their mother is going to be there for them, providing whatever they need. She nourishes them beyond belief, and she always spends quality time with them.

“She reads to the kids and watches movies with them,” Henry said. “She is doing the Harry Potter series with Vivi. About the only thing I help with is math homework because she is horrible at even elementary math. She is more qualified than I to help them with anything else. Both kids are in piano lessons and Ashley knows how to play piano.”

Ashley possesses so many great skills and qualities that helps her to always be there for her kids, and Henry is forever grateful for the love and support she shows each and every day in the Wilson household, and he is grateful for her being there to make the household run smoothly.

“I want her to know how much the kids and I appreciate her and everything she does to make our lives work. She is the perfect mother to our kids. I am really proud of her and respect her for everything she has accomplished in her life and for all she continues to pursue. I could not have asked for a better wife. We have made such a good life together and are blessed. Ashley, I love you!” – Henry 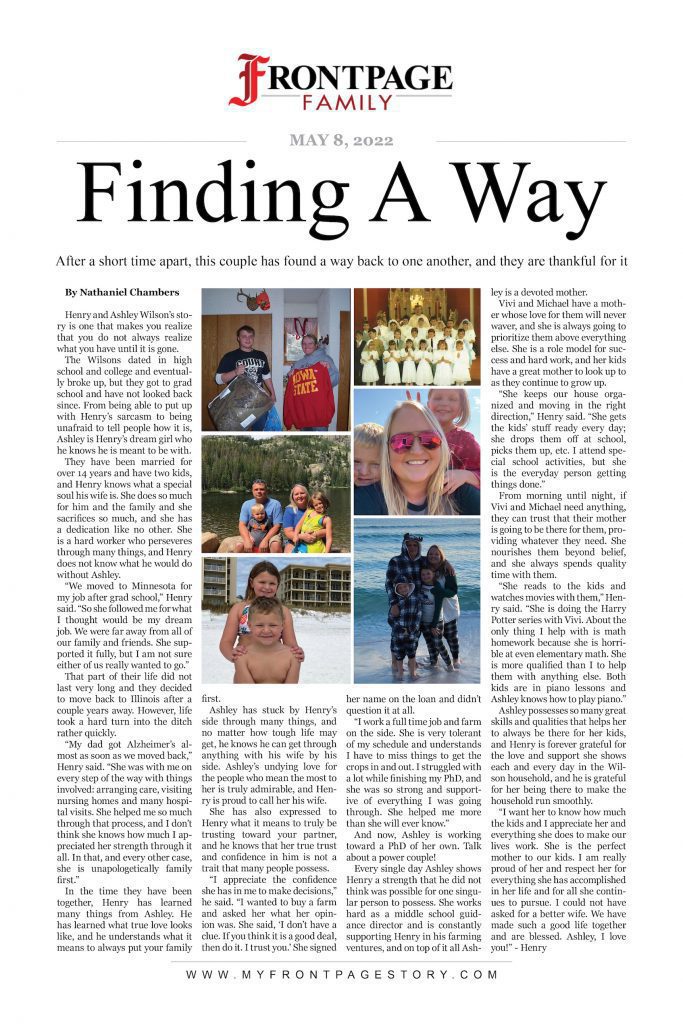