Gorgeous Mother: In everything Melissa does in life, she does lovingly and with a beauty like no other 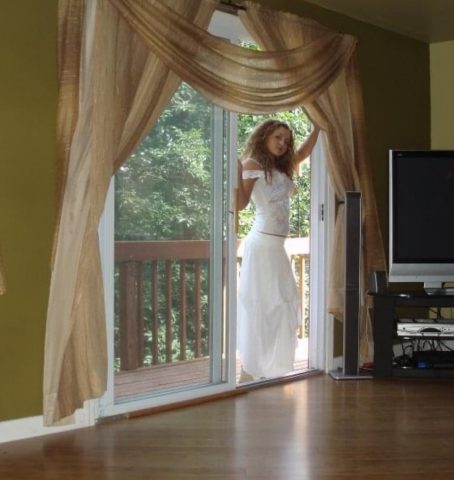 Alex Cunningham always knew that he wanted to be with his wife, Melissa. From the first day he ever laid eyes on her, he could not get her out of his head, even though she did not even know who he was.

“We met when I was home from college, waiting tables at a restaurant called Giovannis,” Alex said. “She wasn’t aware that I had seen her once before at a friend’s house, and I said to my friend, ‘Whatever I do, I need to be with that beautiful woman.’ She is truly unique; I’d never seen anyone as beautiful.”

She was a beautiful soul, both inside and out, and Alex knew there was something different about her. When they first started getting to know her, he realized what a family-centric person Melissa was, especially when it came to her dad.

The relationship she had with her father was amazing. He meant everything to her, and Alex knew that this was a super strong bond that not many people see between a father and daughter.

“She was close to her dad. Real close,” Alex said. “When we first met, she would travel back and forth all the time to see her parents. He was an incredible guy who was just full of life, and he was a handyman with a range of knowledge thought not possible for one person to possess. He was the most important person in the world to my wife.”

When Alex saw the relationship Melissa had with her father, he knew that she was a woman worth standing by.

She has many other amazing qualities that truly stuck out to him, and Alex knew that a woman like her does not come around too often.

“I admire her beauty; her laugh,” Alex said. “Her ability to put me and our kids ahead of everyone else. Her strength to overcome moving all over the world as a young woman. The way she supported herself. The way she dealt with her father’s illness, supporting her mother, taking them both in and handling everything for them after his illness. She is remarkable.“

Melissa is such a loving and caring woman who is also strong and independent. Seeing all of these qualities in her made Alex realize he wanted to be with her the rest of his life.

Now they are married and have an amazing son and daughter, and he just loves seeing the way she is with them.

“She would sacrifice anything for our kids,” Alex said. “She has instilled honesty and integrity in them. They both feel comfortable coming to her and being totally honest. Her ability to teach, love and support our kids is unbelievable.“

Everything Melissa does, she does out of love, and she is the most caring mother her husband and kids could ever ask for.

Alex is so thankful for Melissa, and he wishes he would do a better job of celebrating her every day, because he knows she deserves it. All he wants to do is make her happy and be there for her in every way possible.

“She is my love. She is my best friend. I will always love her and be so thankful that she came into my life and gave me this life we have now. She is a part of me; I want to share every moment I have left with her by my side. She is the most beautiful woman on earth who has raised two incredible children. She has cared for her parents when they had no one. I want to wake up next to her forever.” – Alex 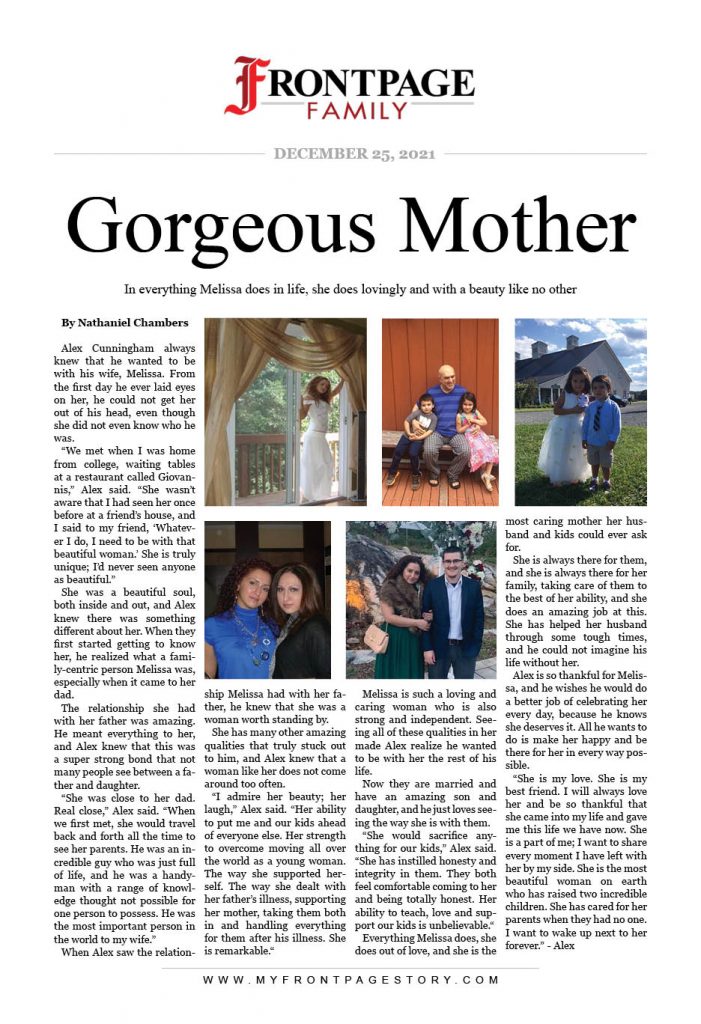