‘Instant Romance’: Leigh Haselhorst is a great mom and wife who loves to spend every moment possible with her family of five 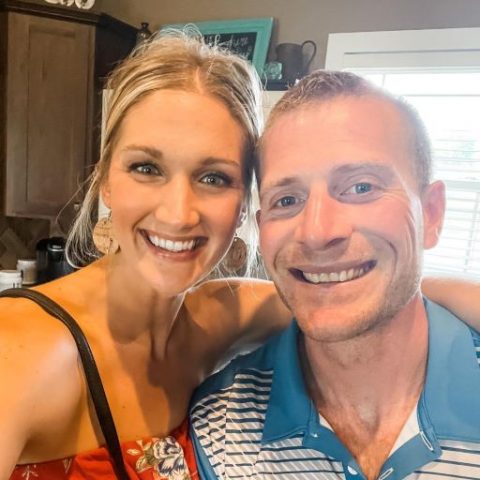 Nick didn’t know too much about this Leigh girl. Thankfully, due to Leigh’s big heart, she rescued a turtle and released it out at the farmhouse where Nick and his roommates were living. The turtle proved to be the catalyst to Nick and Leigh’s instant romance.

“Leigh unexpectedly brings this turtle out one afternoon; we were cautiously intrigued by one another, we flirted and exchanged phone numbers,” Nick said. “We’ve been talking every day since then.”

Things progressed quickly after that.

“Later that night, we had drinks together with mutual friends,” Nick said. “Late in the morning, she texts me saying, ‘you have cute dimples.’ That confirmed her interest and gave me no hesitation in pursuing her.”

The next day, Nick convinced her to join him on a party bus in Omaha and a couple days later Nick hosted a birthday party for his roommate.

“That day is now infamously known as ‘That Tuesday,’” Nick said. “It was an epic night. We had so much fun with our mutual friends and we were joined at each other’s hip all night. We have been inseparable ever since.”

There are many things that Nick admires about his wife outside of the fact that she knew what she wanted and just kind of went for it way back when by sending that text message. She is smart and attractive, and she has a great sense of humor. As foreshadowed by her “You have cute dimples” text, she also knows how to strike up a conversation in any situation.

Beyond that, Nick is truly taken aback by her motherly abilities day in and day out. She is a great mom who would sacrifice anything and everything for their three children.

“She is so loving and patient,” Nick said. “She loves spending time with our kids and creating memories. She communicates really well with them, and she just wants to see them happy. Of course, she can lay down the law and has a bottom line standard for the kids to uphold as well.”

Their kids mean everything to Leigh, and Leigh means everything to them. Leigh cherishes every moment she gets to spend with Greyson, Jagger and Harlow, and she works hard to make the most of these precious moments.

“We both are very fun loving and happy-go-lucky people,” Nick said. “We are both eternal optimists. We both love to create positive momentum and ride the wave. She is also very organized. She keeps our family on track with our hectic schedules with her daily planner and calendars, and without her giving that extra effort my kids and I would be helter skelter.”

Positivity and a fun-loving attitude is the name of the game in the Haselhorst household, and without Leigh keeping track of everything that is going on at all times, things would not run nearly as smooth.

Without Leigh at the center of it all, Nick does not know how things would ever get done, and he is not sure what the house would look like. Thankfully, he does not have to worry about that, and he is glad he does not.

“Leigh is my world,” Nick said. “She has made me a better human being in every way imaginable. I would probably be wandering around aimlessly without her coming into my life at the right time. Looking back, it truly seems like fate.”

Call it fate. Call it being in the right place at the right time.

The Haselhorsts do not care what it is called, as long as that means they can be together until the end of time. They have a deep love for each other, and Nick admires everything about his wife.

“Leigh, you are beautiful, charismatic, athletic and it’s so fun being in love with you! I love how you are one-half saint and one-half badass. I love the life we have created with each other, and I am so excited to keep on loving you! I am just as fond of you today as I was back then! Me, you, more!!” 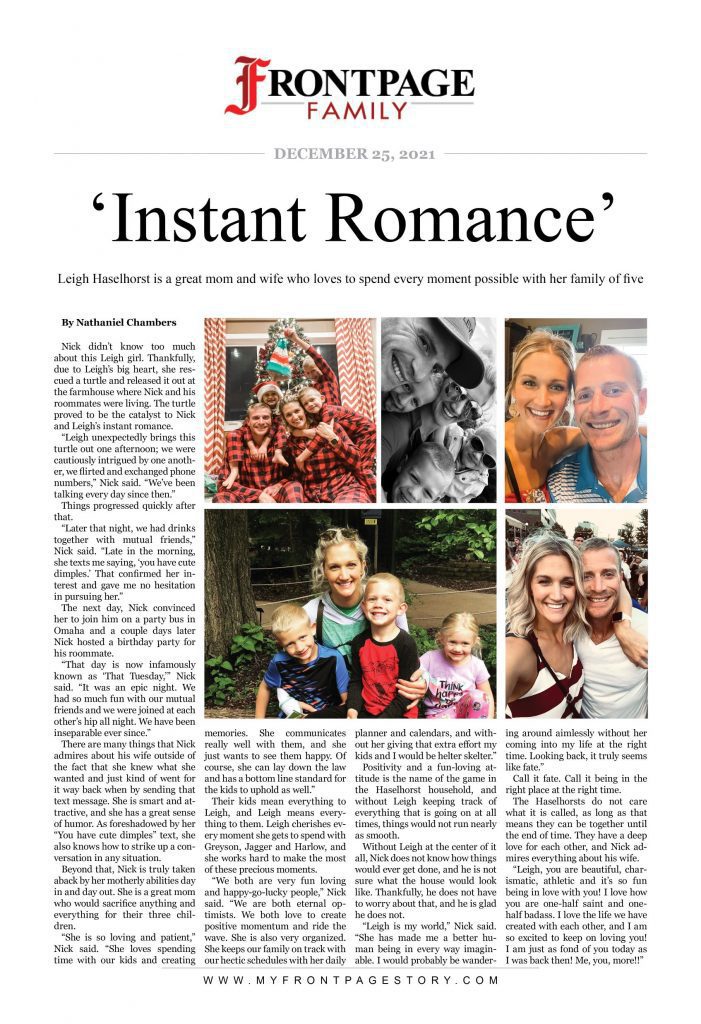